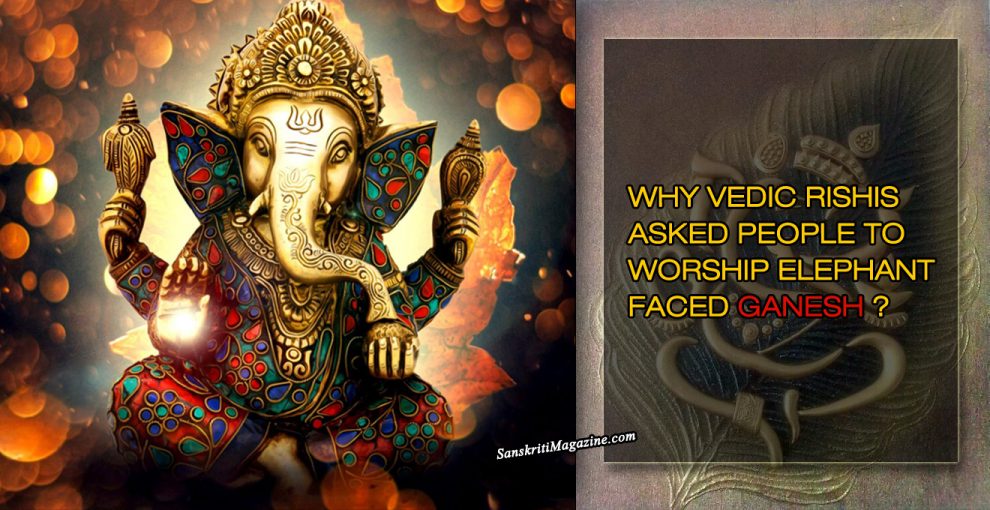 Every year when Ganesh Chaturthi is celebrated and Hindus chant ‘Ganpati Bappa Moriya’ with full reverence in Maharashtra and other parts of the country, controversy erupts and tensions get to be reported on social media and in press. Many among Hindus and other religions ask why an elephant faced God is worshipped terming such behavior as irrational. Many remain unconvinced with explanations and logic that is provided. The fact is that concept of Ganesh is part of spiritual activity connected with the human brain and forms an important component of the great ‘Spiritual Heritage of India’. 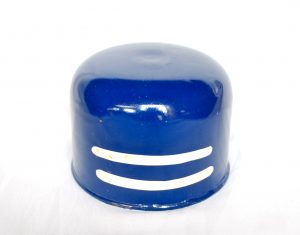 It was Bhrigu Rishi who introduced the concept and recommended worshipping of elephant faced Ganesh in one of the oldest Upanishads of Vedic Scriptures called the ‘Tattriya Upanishad”. Bhrigu Rishi was compatriot of Manu and both had given ‘Manu Smriti’ some 10,000 years ago at the end of last ice age in the Vedic state of Brahmavarta. Bhrigu contributed to other scriptures, samhitas and Rigveda etc. also. The concept of Ganesh still prevails and Lord Ganesh, the prime spiritual God among Hindus is worshipped in many parts of the world and throughout India in different forms.

Let us understand what Bhrigu Rishi meant by advising people to worship the elephant faced Ganesh?

A gist of all Vedic scriptures reveals that Vedic Sanskriti revolves around Cosmic Energies and Human Brain. It always propagates to maintain a relation and contact between the two. It is also called a state of Yoga. These scriptures call upon people to continue to enhance the efficiency of brain and accord most respect to people who work on jobs ‘involving’ the brain compared to those who do physical labor or other type of jobs. Manu called those ‘Brahmins’ who were educated and performed jobs involving ‘Brahamn’ and asked for maximum respect to be given to them. This concept is not in Vedic Sanskriti alone; every modern society worldwide gives respect and rewards to those who are well educated and are in brain-oriented activities.

Keeping the importance of Brain, and for improving its overall efficiency, Bhrigu Rishi suggested concentrating, meditating and worshipping the elephant faced figure Ganesh, located at the ‘Base of Skull’ of every human as shown in the adjoining model of a ‘Shivalaya’. The base of the skull in our brain, that forms the ‘Elephant Face’ contains some of the most important components of the brain, that play a vital role in regulating the spiritual energies in a human.

It analyzes information coming to the brain and increases the overall efficiency of the brain. The ears of Elephant are represented by Corpus Callosum, the bundle of nerve tissues that connect the right and left hemispheres of the brain enabling communications between the two hemispheres, while the trunk is the Medulla, the neuronal mass that controls involuntary functions like breathing among others, Ek Dant of Elephant is represented by the Pineal Gland and other component Pituitary Gland are part of Elephant face. These four components of brain are all-important in the working of brain, and accordingly emerges the importance accorded to ‘Elephant Face’ in brain.

One survey reveals that every Hindu when asked to tell why Ganesha is Elephant faced knows about the story of Shiva-Parvati-Ganesha.  The story goes that once while Shiva was out of his abode, the Shivalaya, his wife Parvati asked her son Ganesh to watch at the gate of house and not allow anyone into the Shivalaya. Obedient Ganesh holds necessary powers to execute his mother’s command and in keeping with them indeed did not allow any body in. 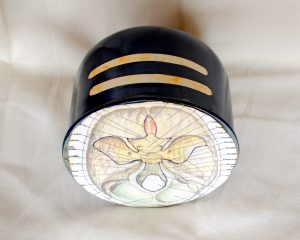 When his father ‘Shiva’ desired to enter his own house, Ganesh even stopped him using his powers. Shiva tried in vain and became desperate by Ganesh’s actions. Finally, Shiva had to kill and behead Ganesh to enter his own house. Later, on the insistence of Parvati, Shiva could put only a child elephant’s head on Ganesh’s body to bring him alive. Every Ganesh worshipper knows this story narrated in Puranas, though many do not believe it. The fact, however, remains that story narrates a ‘Spiritual Process’, that takes place in the human brain and brings out the following points:

Explaining the story in spiritual or neurological terms, all the informations coming to human brain in the form of energy from 5 different sources that is, seeing, hearing, smelling, touching and tasting (Five Indriyaans) have to pass through the Ganesh located at the entry of the brain or at ‘Base of Skull’. And secondly, a proper analysis of incoming information and sending the same to respective chambers in brain as per their grouping is also the function of Ganesh. Here if Ganesh is not in harmony and stable condition, it may not analyse the incoming information properly. It may err on what it hears, sees or feels. Also it could send the information, which it receives, to a wrong chamber in brain jeopardizing the memory of the person who may lose the information all together and thereby confusing the mind further.

Also when an answer is sought from the brain by a human and information has to be picked up from various chambers, it is once again the role of Ganesh that comes to fore. It not only picks the relevant information from various groupings in the brain but also transmits it through speech or writes in a coordinated manner to make others understand the answer. This trait involves the intelligence and consciousness of any human and his Ganesh plays the entire role in the process.

Thus a peaceful, well composed and perfect in harmony Ganesh will improve the efficiency of the brain and help take ‘rational’ and right decisions. As against this a disturbed Ganesh may not enable taking of right decisions. It is in this format that Vedic seers and scriptures have called Ganesh as the prime God, the Karta or a doer, a God that can give us prosperity, happiness and solace by keeping it in well-composed form. It has its relevance and importance and its sciences should be understood for better results.