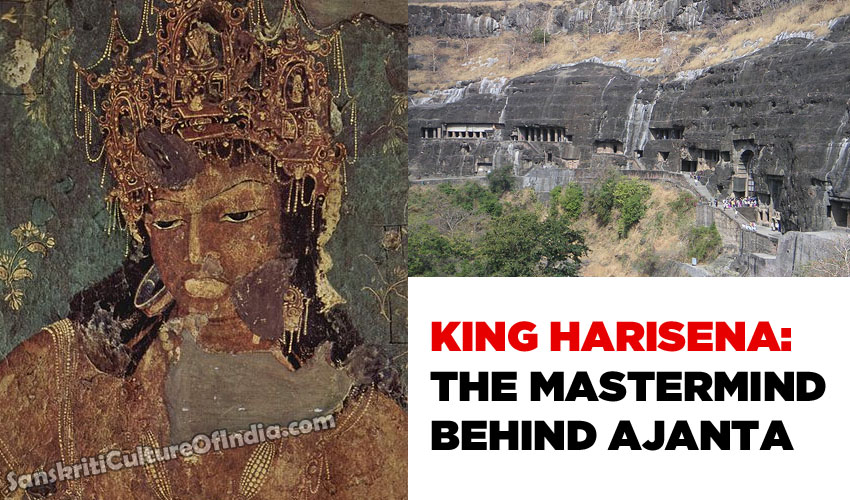 The story of king Harisena is a parable of history with a moral that’s particularly relevant for this day and age of self service.

Once upon a time, there lived a wise and powerful king. His name was Harisena. He ruled his vast kingdom for a mere 17 years. Yet in this short time, he not only established military supremacy over his neighbouring kingdoms but also defeated the courtly intrigue in his own backyard to establish peace and prosperity in his land. But more than an able ruler, Harisena was also a connoisseur of art. He encouraged art and architecture in a multi-religious context though he himself was a revivalist Hindu. So powerful was he and so efficient his administrative control that after his sudden death, it all came apart. Harisena’s son Saravasena took just over two years to fritter away everything – power, patronage, empire, crown, life and lineage.

If you think I just made that story up, you’re wrong. Harisena’s story is not an epic fable… it’s history. So who was Harisena? And why should we talk about him at all ?  Simple. Harisena did what no one in India’s long and chequered history of monarchs have ever managed. Attain superstardom in a quick blaze of glory only to be utterly forgotten thereafter.

Harisena is the man behind most of the caves that make up the wonderful complex of Ajanta. Hailed as the finest example of Buddhist art in the world, the Ajanta caves and their incredibly beautiful frescoes are a living example of what community effort can achieve. Although the complex at Ajanta is more than 2200 years old, most of the caves (except the oldest lot of five) were commissioned by Vakataka ruler Harisena. According to Ajanta – logist and historian Walter Spink, Harisena is the power and catalyst behind some of the best caves in the Ajanta complex including Cave 16.

In less than two decades (Harisena came to power in 460 AD and suddenly died in December 31, 477 AD), the king and his ministers patronised the commissioning of 25 out of the total 30 caves in the complex. Which means two-thirds of the spectacular craftsmanship and artistry that still dazzles us at Ajanta was commissioned and completed in a sudden burst of creativity from 460-480.

That’s a remarkable feat given that the Ajanta caves are in the Buddhist tradition where artisans and monks used chisels to chip away at the sheer rock face and carve out the chaityas and viaharas out of the mountainside. After which the walls were prepared and decorated with the fresco paintings. Yet, unlike other, more celebrated royal patrons in history, Harisena is totally forgotten. A few people know  about Harisena, even historians mistakenly attribute equal weightage to both Vakataka and Satvahana dynasties for the Ajanta complex though Harisena, the Vakataka ruler, was undoubtedly the patron behind most of the caves.

Yet in his day, Harisena was a ruler comparable to his relations up north to the celebrated Gupta dynasty. His empire extended from the east coast to the west. And his military and administrative reputation was formidable. In cave after cave at Ajanta, Harisena and his chief minister Varahadeva are immortalised. And one of most well-loved epics of the age, a kind of ancient best-seller, Dandin’s Visrutacarita, chronicles the details of how the great Harisena’s dynasty scattered and died out in just a few years after his death.

Both Dandin and the caves at Ajanta are formidable. They have managed to survive the clutter and chaos of history over 1500 years. Harisena is a curious case of the campaign eclipsing the brand itself. Today, a millenia and a half later, what endures are the images of devotion painted on the walls of the Ajanta caves. History can be incredibly unkind to everything else – royal patronage, power, prestige and even a dynasty. What endures is nameless, faceless acts of devotion.

In this day and age of the ‘i’ (from i-phones to i-pods, its endemic in our psyche), understanding the power of the collective ‘we’ can be a humbling experience. That’s why Ajanta has retained its magic. In business as in life, defying history can be a tricky affair. That’s the moral behind the parable of King Harisena.