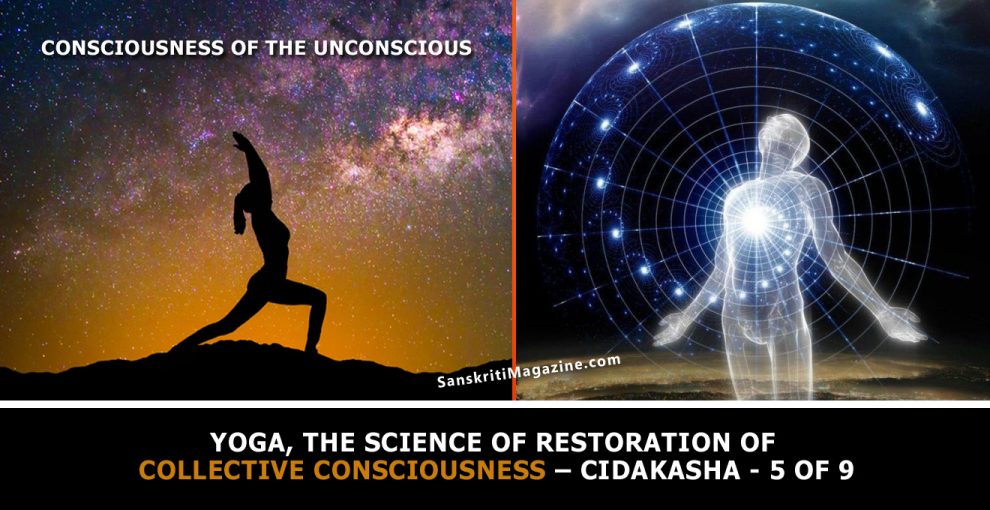 Consciousness of the Unconscious

Now we come to the problem whether unconscious is unconscious or is it consciousness projecting itself as unconscious. The unconsciousness presents hurdles in the advancement of aspirants, yogins and seers towards their cherished goal have also been indicated at places in the Veda in abstract terms. These are mostly in negative forms. Some of them are such as achit, achitti, amati, asat, tamas and niriti. Acit and acitti negate consciousness while amati is negative thinking. Asat is the negation of existence while niriti is negation of the principle of universal dynamics. Acit, acitti and amati, when intended to be represented concretely, assume the form of Asuras like Vritra, Vala, Shambara, etc. while tamas and niriti take the shape of various sorts of hurdles coming in the way of aspirants in the form of blocks of stone, horrors of cave, drowning in deep and vast expanse of water, loss of cows and horses and futility of the venture. 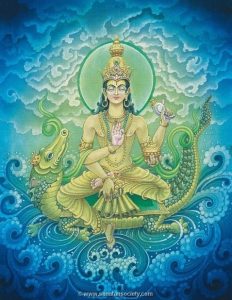 In this connection, it is important to note that negatives of the words chit, citi, chitta and chitti used in the Veda denote various shades in the status of consciousness are met along with words achit, achiti, achitta and achitti. While the former stands for consciousness, the latter signifies the parallel statuses in the unconscious. Chiti is the universal form of chit. Similarly, chitti is the function of chitta conceived in abstraction. Conversely, achit is the unconscious rather personalized while aciti is the same taken in its universal perspective. If achitta signifies the state of lack of consciousness on the individual’s level, achitti stands for the abstracted and universalized form of the same.

On the basis of the difference in the nuances of meanings of these words, we may now try to reconstruct the picture of the unconsciousness as faced by the seers. We may begin with certain mantras which are addressed to Mitra and Varuna.

In one of these mantras, Mitra and Varuna have been characterized as capable of throwing the light of their consciousness on the region of mighty falsehood, as they themselves have been brought up in the house of the principle of universal dynamics and are mighty and indomitable (RV VII.60.5). Evidently, here consciousness and the principle of eternal dynamics are contrasted with falsehood of colossal dimensions. In contrast to it, there is the region of universal order. If the former serves as the haunt of falsehood, the latter works as the nursery of truth, order and power. If the former seeks to remain impenetrable to the agencies of truth and order, the latter tries to penetrate it by all means. It is with the help of these agencies of truth and order that one may be able to enter into the dark terrain of untruth and make it illumined. Having illumined this dark territory, one becomes redeemed of weakness and domination. This point is made clearer in the next mantra where Mitra and Varuna are characterized as indomitable and are said to bring consciousness even to the unconsciousness by means of their efficacy. 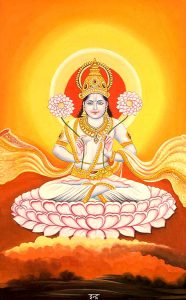 He thinks of three possible sources of sin, i.e., hereditary, personal and unconscious. As regards the hereditary cause, he understandably feels that since one inherits at least one’s physical being from his parents as also from his forefathers, one is very much likely to inherit from them his moral obligations also.  Accordingly, if anyone of his forefathers might committed a certain sinful act against the Deity, it is likely that his descendants also may have to suffer the consequences of that act along with what they might have inherited from him in other respects. Heredity is a prominent factor accepted in modern thought as a necessary ingredient in the formation of the human personality.

At the next step, he talks of the personal action as a probable factor in the creation of the sense of guilt in him. The significance of this idea in the mind of the seer can be gauged from the findings of modern psychology according to which every bodily action, leaving at the most only reflex action, has a certain psychological factor involved in it. If one is unconscious of the imperative behind it that may have its root deep in the unconscious itself. Under such circumstances, one cannot be deemed to be absolutely free of the responsibility of anyone of his actions having been done unconsciously, unintentionally and inadvertently. By pointing to this factor, the seer has shown his deep understanding of the complexity of the human psyche and behavior under which every action, even on the gross physical level, has its roots deep down in the psyche, if, actually, not explicable in terms of consciousness.

Having taken note of hereditary and physical factors involved in the moral fabric of man, the seer finally comes to the possibility of some deeper psychic factor lying beyond the purview of ego. This is evident from his discounting the factor of self-oriented dexterity as the imperative behind the action which might have been done by him resulting in the generation of the sense of guilt he is suffering from. As against the flexibility of the state of consciousness operated upon by will, he comes to the state of the unconscious where ‘will’ becomes inoperative resulting in state of fixity, dhruti. He proceeds to define this state of unconsciousness created by intoxication, anger and gambling.

The maddening effect of intoxication has been referred to by seer Medhatithi in his statement amounting to comparing the state of mind of Asuras with that of people who have fallen into stupor under the effect of wine. A drunkard ceases to be controlled by his ego. He becomes a brute having no sense of propriety left in him. Similar is the effect of acute anger on the human mind. In the state of anger, if it is acute, one stands beyond oneself and is likely to do even what is absolutely uncalled for. Anger leads even to self-extinction which is the last thing one would normally like to do. Somewhat similar is the case of passion. For example, the devastating effect of gambling on the human life has very well been brought out by seer Kavaña Ailusha in his famous Gambler’s Hymn. It shows how, though unwilling, the gambler is forcibly drawn by his passion for gambling and gets completely ruined inasmuch as he happens to lose everything including his wife. All this happens absolutely against the will of the person concerned (RV X.34).

The next thing which seer Vasishtha refers to is the state of unconsciousness, achitti. Achitti is that state of mind in which one is overtaken by the unconscious culminating in the submergence of one’s total conscious being into it. In this state of mind, one cannot be expected to do anything sensible and useful.

The last state of mind the seer refers to in this connection is that of sleep. Sleep includes two states – the states of dream and dreamless sleep. The state of dreamless sleep is one of complete stupor and ignorance. While lying in this state, one remains completely unaware of oneself, and of one’s actions, if any done at all. In the state of dream, on the other hand, one undergoes all and sundry experiences without the least control of one’s ego operative on the conscious level at the moment. One remains aware of oneself, also to some extent in this state but the agent of awareness is not the same as may be working concurrently on the conscious level. Being autonomous of that agent, it may do things undesirable to any extent.

The states of stupor, intoxication, anger, engrossment in gambling, unconsciousness, dream and dreamless sleep are illustrative of the fact the one is liable to do anything improper to any extent in spite of one’s piousness and goodwill on the conscious level. Thus, it shows the superiority of that will to the conscious one. The seer’s cognizance of this significant point is evident in his characterization of that will as superior to this one.