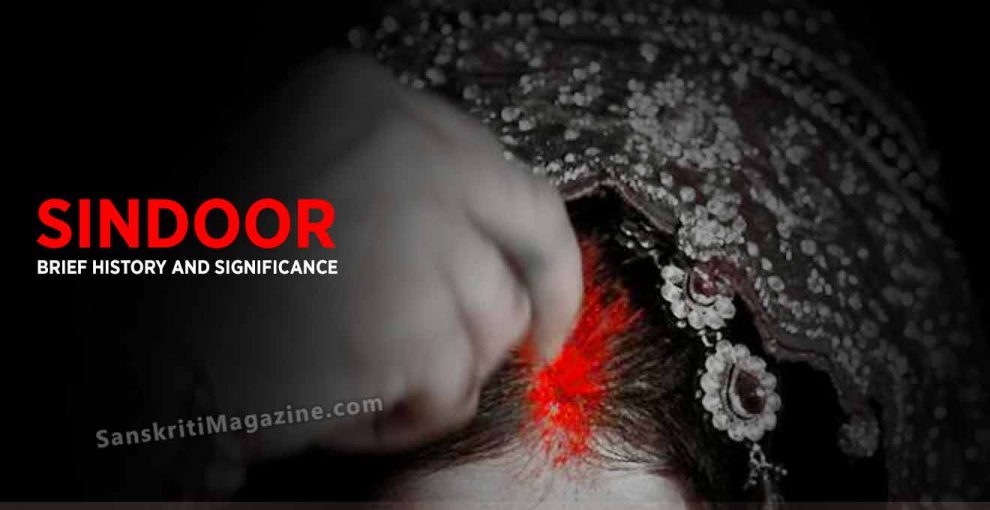 Sindooor or vermilion holds lot of importance in Indian society. The tradition of application of sindoor in the parting of hair by married Hindu women is considered extremely auspicious and is being carried on since centuries.

In traditional Hindu society, wearing sindoor is considered must for married Hindu women. It is a visible expression of their desire for their husbands’ longevity. Traditionally therefore, widows did not wear vermilion. 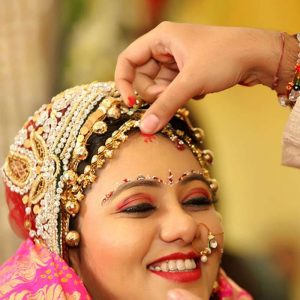 Sindoor is applied for the first time to a Hindu woman during the marriage ceremony when the bridegroom himself adorns her with it. The ceremony is called Sindoor-Dana and is very much in vogue even in present times. Religious scholars say that there has been no mention of this ceremony before the Grihasutras hence it is considered to be a relatively new practice.

The tradition of wearing Sindoor by married women has been explained with the help of mythology. Scholars say that red is the color of power while vermilion is a symbol of the female energy of Parvati and Sati. Hindu mythological legends regard Sati as the ideal wife who gave her life for her husband’s honor. Every Hindu wife is supposed to emulate her. Hindus believe that Goddess Parvati protects all those men whose wives apply vermilion to their parting of hair. 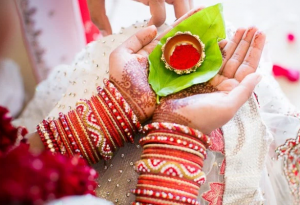 Tradition of wearing Sindoor or vermillion is said to have traveled through more than 5,000 years of Hindu culture. Female figurines excavated at Mehrgarh, Baluchistan, show that sindoor was applied to the partition of women’s hair even in early Harappan times. Besides, legends says that Radha, the consort of Lord Krishna, turned the kumkum into a flame like design on her forehead. In the famous epic Mahabharata, Draupadi, the wife of the Pandavas, is believed to have wiped her sindoor in disgust and despair. Use of Sindoor has also been mentioned in The Puranas, Lalitha Sahasranamam and Soundarya Lahharis.

According to Hindu astrology, Mesha Rashi or the House of Aries is on the forehead. The Lord of Mesha is Mars and his color is red. It is believed to be auspicious. This is why red sindoor is applied at the forehead and at the parting of the hair. Both are signs of saubhagya (good fortune). Sindoor is also considered to be the symbol of the female energy of Parvati and Sati.

A sindhoor is also called:

The benefits of Maun Vrat