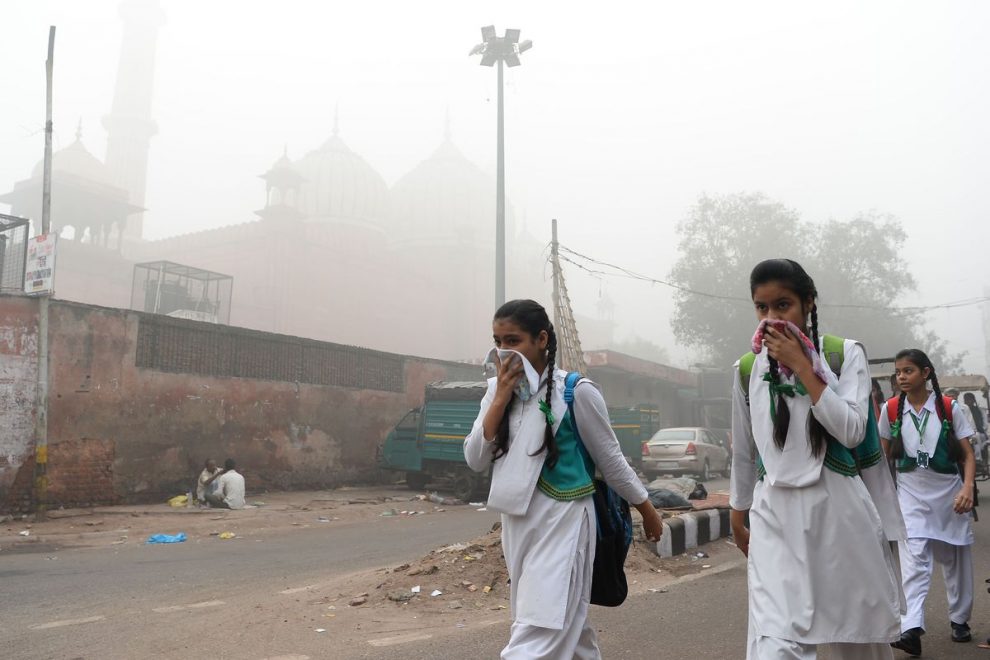 An absence of up-to-date analysis and research have created a virtual black hole about air qulaity in other parts of India compares to Delhi-NCR.

Smog and dust in Delhi and north India have for long hogged the headlines, sidelining the dangerous levels of air pollution in south India and Maharashtra.

Despite the much-touted favourable weather conditions, about a third of ‘non-attainment cities’ identified by the Central Pollution Control Board (CPCB) that consistently fall short of air quality standards are spread across Andhra Pradesh, Telangana, Tamil Nadu and Maharashtra.

The Centre has tried to put a positive spin on the narrow focus on Delhi. “We will use the experiences from Delhi in other cities,” Union environment minister, Harsh Vardhan said. “The air everywhere is the same. There is no boundary when it comes to air.”

“Monitoring is very poor across India and this is why the extent of pollution is not known,” Sunita Narain, Director General, Centre for Science and Environment, said. “No data, but all sources exist, except for the fact that weather is on their side.”

For decades the argument that meteorological factors are driving pollution in north India has been used to avoid tackling sources that are under human control. The same argument is used to deny pollution is a problem in south India.

Natural factors may work to disperse pollutants in south India but the region is not exceptional when it comes to man-made sources of pollution. “Both natural and man-made factors contribute to higher pollution in north India,” Gufran Beig, head of the System of Air Quality and Weather Forecasting And Research, program said. “The higher the number of people, more the economic activity and more the pollution.”

In that regard, Bangalore is no different from Delhi. Rapid urbanisation, growing vehicular traffic and energy needs and expanding industrial activity are not features of north India alone. A CPCB report from 2006 and more recent studies show that vehicles and industries are the key pollution sources in major cities in south India.

In Bangalore, transport, road dust resuspension and the construction sector are major contributors to particulate matter pollution, a 2011 TERI study found. For Nitrogen Oxides (NOx), another pollutant, the major contributors are the transport sector, diesel generator (DG) sets and the industry.

Emissions from industries, transport and the residential sector account for more than 80% of particulate pollution for PM2.5 in the Mumbai Metropolitan Region (MMR) in 2016, revealed a study by the System of Air Quality and Weather Forecasting and Research (SAFAR).

For Chennai, the CPCB found that dust was the main culprit followed by vehicular exhaust and construction activities. Industrial estates, a power plant, petrochemical plant and oil refineries in north Chennai add to the pollution of the city. In Hyderabad vehicles have also contributed significant influence on particulate matter levels at the site for both PM10 and PM2.5.

“An increase in air pollution in Andhra Pradesh and Odisha is expected in the next 25 years because of cement and iron and steel and power plants,” Chandra Venkataraman, a scientist at IIT Bombay, said of particulate pollution.

In Tamil Nadu, despite a big push for renewable energy, 4.5GW of thermal power plants are under construction while another 5GW capacity plants have been sanctioned.

Power plants are not just a source of particulate matter but also sulphur oxides (SOx), nitrogen oxides (NOx). Some of the sources of particulate matter also emit other harmful pollutants SOx, NOx and volatile organic compounds (VOCs) which lead to the formation of surface-level ozone, a particularly harmful pollutant. A 2006 CPCB study also found that Mumbai and Pune had higher levels of NO2 and SO2 than Delhi. In terms of benzene, a VOC, Bangalore and Pune and higher levels compared to Delhi.

“Unlike North, many cities in the southern part of the country may not need emergency response plans but most of them do need long-term action plans to bring down pollution levels below NAAQS limits and aim to meet WHO standards for air quality,” a recent Greenpeace India report said, calling the problem a “national crisis.”

This is not news to the Indian government. For over a decade now, the Supreme Court has directed the Indian government to pay attention to dangerous levels of air pollution in cities across India, but in vain. In a 2002 order, it noted that the Respirable Suspended Particulate Matter (in short “RSPM”) levels in Ahmedabad, Kanpur, Sholapur, Lucknow, Bangalore, Chennai, Hyderabad, Mumbai and Kolkata are alarming” and directed states to formulate a plan to tackle air pollution.

What followed were half-hearted efforts through piecemeal measures. Fifteen years later in December 2017 the Supreme Court again asked the Union environment ministry to notify a nation-wide plan for tackling pollution. The ministry responded saying it had directed states to draft action plans for non attainment cities. “The focus is on non-attainment cities it does not depend on the region,” CK Mishra, environment secretary, said.

No other city apart from Delhi has a comprehensive plan to tackle air pollution till date. Last October, Delhi-NCR got a graded response system for pollution when the Supreme Court-mandated Graded Response Action Plan came into force.

(With inputs from Badri Chatterjee in Mumbai, Srinivasa Rao Apparasu in Visakhapatnam and KV Lakshmana in Chennai)