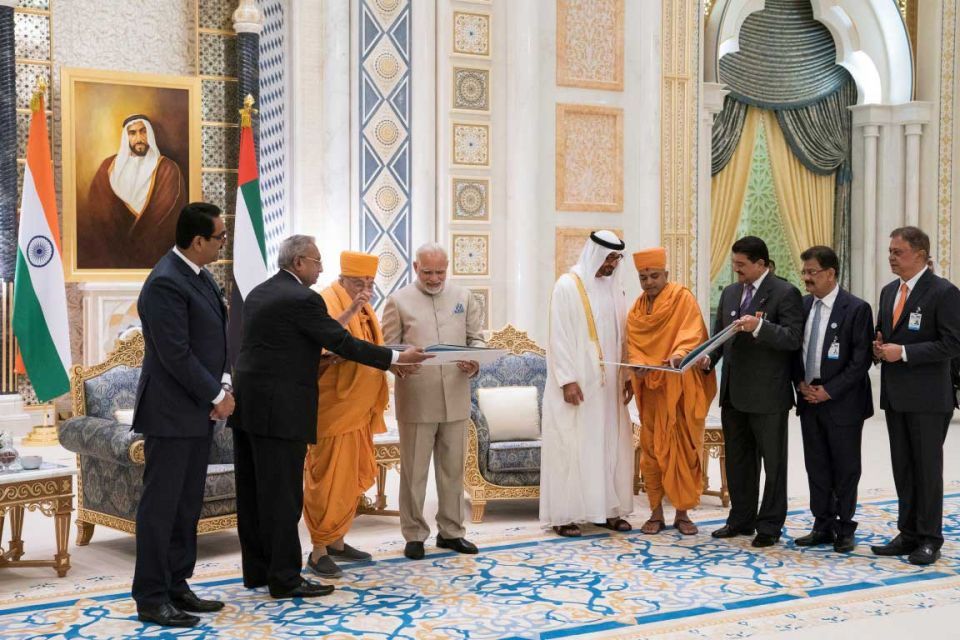 PM Narendra Modi and his selected advisers’ focused engagement with West Asia, particularly Saudi Arabia, UAE, Qatar, Oman and Iran since the NDA came to power in 2014 seems to have paid off with these countries downing shutters for Indian fugitives.

The deportation of Dawood Ibrahim associate and 1993 Mumbai blasts accused, Mohammed Farooq, alias Farooq Takla, from Dubai to India this month to face the law and the arrests of banned Students Islamic Movement of India (SIMI)-Indian Mujahideen (IM) fugitives in Saudi Arabia after a decade indicate that West Asia is no longer a safe haven for Indian criminals.

Prime Minister Narendra Modi and his selected advisers’ focused engagement with West Asia, particularly Saudi Arabia, UAE, Qatar, Oman and Iran since the National Democratic Alliance (NDA) came to power in 2014 seems to have paid off with these countries downing shutters for Indian fugitives. The message from West Asia is clear : no anti-India activity from its soil.

The high-octane diplomacy and personal relations between the PM and Mohammed bin Zayed bin Sultan Al-Nahyan, the Crown Prince of Abu Dhabi, have now led to the UAE being willing to sign an MoU on bilateral action against the Indian underworld. This has caused panic among the D-company associates who have huge properties in Dubai and Abu Dhabi with investments in the construction business. At least three Chota Shakeel properties have been identified and details shared with Dubai.

The Indian engagement with the Saudi royal family, including now Crown Prince Mohammed bin Salman, King Abdullah II of Jordan and UAE Crown Prince over countering Islamic radicalisation of youngsters at the height of terror outfit Islamic State’s (IS) rule in Syria and Levant is one of the most underestimated success stories of the Modi diplomacy. It is not for any other reason that King of Jordan invited Modi to his residence on February 9, a Friday, a holiday earmarked to be spent with his family, and even gave him his personal helicopter to visit Ramallah in Palestine.

The open and upfront ties between India and Sunni West Asian countries have helped Modi government in many ways. First, the Indian expats living in West Asia were severely discouraged from joining IS and prevented from causing long term security problems to India.

Second, Indian security agencies with the help of their West Asian counterparts were able to monitor the movement of any of its citizens crossing over to IS through Turkey or Saudi Arabian land borders.

Third, the counter-radicalisation narrative in Riyadh, Aqaba and Abu Dhabi has been constructed in deep consultation with India and Asean countries so that no ideological differences or religious interpretations creep in.

Finally, the Pakistani propaganda against India on the Organisation of Islamic Cooperation (OIC) and the Gulf Cooperation Council (GCC) platforms over Jammu and Kashmir and alleged human rights violations has been largely diluted with West Asian countries being directly in touch with New Delhi.

If Modi’s diplomatic outreach with Sunni West Asia seems to be working so does his candid engagement with Tehran.

Unlike the previous UPA regime, which dragged its feet over Chabahar port in Iran fearing adverse reaction from Washington, the NDA regime sealed the deal this year with a bonus of being allowed to lay a railroad to send humanitarian aid to Afghanistan from the port.

The North-South corridor, which has remained on paper for the past two decades, could now turn into a reality with Indian goods reaching Central Asia and beyond through the Bandar Abbas port in Iran.

The across the board Indian engagement is surprisingly not at the cost of its bilateral relations with Israel, which has expanded from a purely military-hardware seller-buyer relations to close political dialogue spanning across multilateral fora. A significant political manifestation of this is that according to Israeli Prime Minister Benjamin Netanyahu, Saudi Arabia has allowed overflight rights to Air India for its upcoming direct flight from New Delhi to Tel Aviv.

This may be beyond comprehension now but so is now the fact that Indian Ambassador to UAE was not allowed entry into Al Minhad air base outside Dubai when Pakistan-based Harkat-ul-Mujahideen hijacked Indian Airlines IC-814 flight landed for refueling in December 1999.