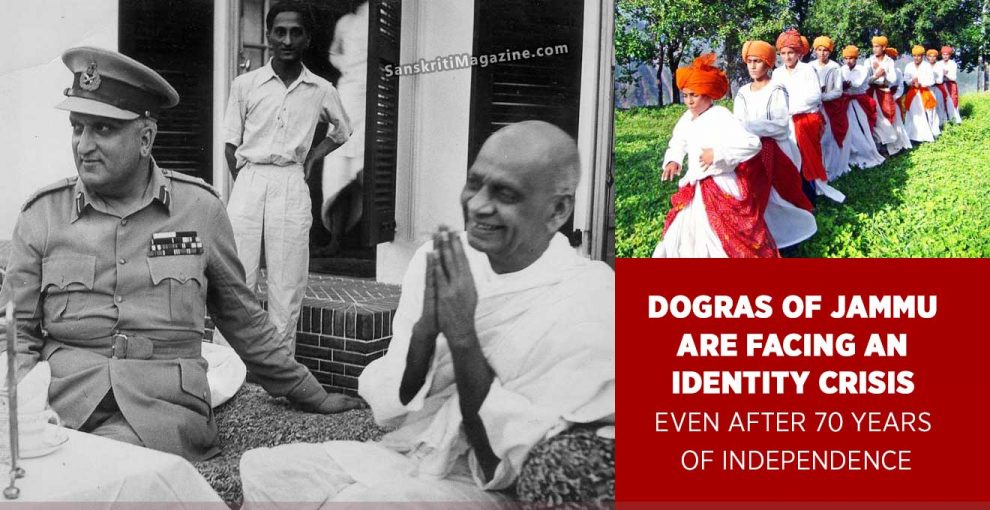 The state of Jammu and Kashmir was established by Maharaja Gulab Singh in 1846 and lasted for 101 years till his descendant and my grandfather, Maharaja Hari Singh, signed the Instrument of Accession with India on October 26, 1947. He chose to join the republic of India, albeit in difficult circumstances. Only he could have made that decision and he made the right one.

One needs to recognise the immense contributions made by the Dogras during that period and which continues till today. Over the years, both the political dispensation and the narrative have become entirely focused on the Kashmir valley. Jammu and Ladakh that are larger regions have been marginalised to a point of no return. And yes, we are nationalists and seek further integration with India. It is time that we recognised that the Kashmir valley and Kashmiris do not represent the whole state. 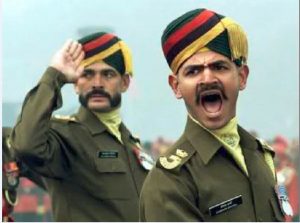 The rest of the state that includes Jammu and Ladakh has a multi-ethnic and multi-religious population. I cannot be more specific when I say that these people do not share the radical and separatist mindset of most ‘Kashmiris.’ We are nationalists and inclusive in our outlook, yet, we have been victims of gross discrimination and injustice since 1947. In the field of employment particularly, we have been overlooked.

It is no wonder that after 70 years of independence, the Dogras of Jammu who include Hindus, Muslims and Sikhs are facing an identity crisis. Suppressed and discriminated by successive Kashmir-centric dispensations backed by the central government of India, regional aspirations have been totally overlooked. I will not even begin to venture into the religious debate because I consider this a regional one. The former is easier but divisive, while the latter is difficult but inclusive.

Why does the demand for Maharaja Hari Singh’s birth anniversary to be declared a state holiday in J&K assume so much importance today, 57 years after he passed away in Mumbai? It is because Hari Singh inherited and held together an extremely diverse geographical entity and its people on the basis of his belief: ‘Justice is my religion and all religions are mine.’ He brought about massive social reforms and built many institutions.

Some of them include allowing entry into temples for Dalits, subsidising education for girls, encouraging widow remarriage and banning child marriage. He set up the State Public Service Commission, Recruitment Board, Scholarship Selection Board, the J&K High Court in 1928, the J&K Bank in 1938 and the board of judicial advisors. In 1934, he established a representative government with a prime minister and council of ministers along with a Praja Sabha (Legislative Assembly) which consisted of 75 members, 40 of whom were elected. 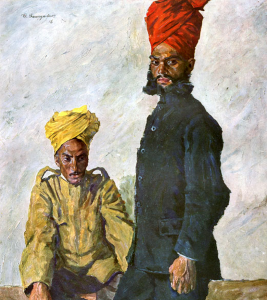 All of this cut across regional and communal lines with only one agenda — equality, justice and development for all. In the 1931 roundtable conference held in London, Hari Singh spoke of an independent and united India and the Indian Union. Just as this nation honours the sentiments of the Kashmiris, the sentiments of people of Jammu should also be honoured.

In October 1947, it was on Maharaja Hari Singh’s orders that his Chief of Army Staff, Brigadier Rajinder Singh, led from the front with 108 soldiers of the J&K State forces, facing more than 6,000 Pakistani invaders at Uri. Here Brigadier Rajinder Singh and his men fighting to the last man and the last bullet were martyred. They successfully delayed the Pakistani invaders by three days allowing time for Maharaja Hari Singh to sign the instrument of accession. This gave Indian troops just enough time to land in Srinagar and begin to push back the invaders.

A gross injustice has been done to the people of Jammu. I fear that soon, there will be no space for people like me as we will be overcome by the rapidly growing forces of radical thought and fundamentalism. Finally, when the prime minister and home minister repeatedly say that ‘it is time to find a permanent and long-lasting solution for Jammu & Kashmir’, I hope they share the narrative on Jammu and Ladakh as well as the sense of growing urgency to deal with it.

It is for these very reasons I resigned from both the government and party in my state. It was evident that my concerns for Jammu and Ladakh were not in sync with the agenda of the incumbent government in the state. But, all evidence suggests that I am not alone in this struggle to restore the regional balance in Jammu & Kashmir.

Vikramaditya Singh is former Member of the Jammu and Kashmir Legislative Council, The views expressed are personal

The Forgotten 54: India’s lost soldiers from the Indo-Pak war of 1971