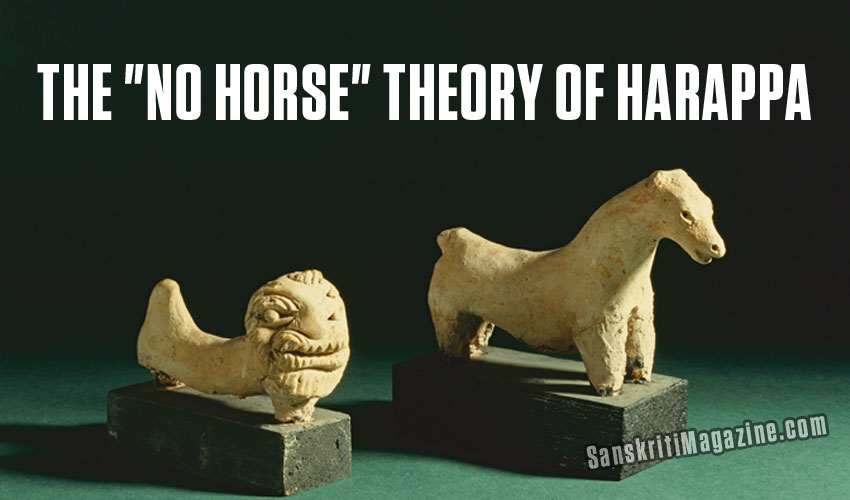 ALBERT EINSTEIN once said: “A theory must not contradict empirical facts.” He was speaking in the context of science, especially how historians of science often lacked proper understanding of the scientific process. As he saw it the problem was: “Nearly all historians of science are philologists (linguists) and do not comprehend what physicists were aiming at, how they thought and wrestled with these problems.” When such is the situation in physics where problems are clear-cut, it is not surprising to see issues in a subject like history being much more contentious. This is particularly the case when trying to understand the records of people far removed from us in time like the creators of the Vedic and Harappan civilisations. As a result of some recent historical developments like European colonisation and Western interest in Sanskrit language and linguistics, several myths and conjectures, through the force of repetition, have come to acquire the status of historical facts. It is time to re-evaluate these in the light of new evidence and more scientific approaches.

When we come to these myths, none is more persistent than the one about “No horse at Harappa.” This has now been supplemented by another claim that the spoke-wheel was unknown to the Harappans. The point of these claims is that without the horse and the spoke-wheel the Harappans were militarily vulnerable to the invading Aryan hordes who moved on speedy, horse-drawn chariots with spoke-wheels. This claim is not supported by facts — an examination of the evidence shows that both the spoke-wheel and the horse were widely used by the Harappans. (The idea seems to be borrowed from the destruction of Native American civilisations by the Spanish and Portuguese `conquistadors’. The conquistadors though never used chariots).

As far as the spoke-wheel is concerned, B.B. Lal, former Director General of the Archaeological Survey of India, records finding terracotta wheels at various Harappan sites. In his words: “The painted lines (spokes) converge at the central hub, and thus leave no doubt about their representing the spokes of the wheel. … another example is reproduced from Kalibangan, a well-known Harappan site in Rajasthan, in which too the painted lines converge at the hub. … two examples from Banawali (another Harappan site), in which the spokes are not painted but are shown in low relief” (The Sarasvati Keeps Flowing, Aryan Books, Delhi, pages 72-3). It is also worth noting that the depiction of the spoke-wheel is quite common on Harappan seals.

The horse and the cow are mentioned often in the Rigveda, though they commonly carry symbolic rather than physical meaning. There is widespread misconception that the absence of the horse at Harappan sites shows that horses were unknown in India until the invading Aryans brought them. Such `argument by absence’ is hazardous at best. To take an example, the bull is quite common on the seals, but the cow is never represented. We cannot from this conclude that the Harappans raised bulls but were ignorant of the cow. In any event, depictions of the horse are known at Harappan sites, though rare. It is possible that there was some kind of religious taboo that prevented the Harappans from using cows and horses in their art. More fundamentally, it is incorrect to say that horses were unknown to the Harappans. The recently released encyclopedia The Dawn of Indian Civilisation, Volume 1, Part 1 observes (pages 344-5): “… the horse was widely domesticated and used in India during the third millennium BC over most of the area covered by the Indus-Sarasavati (or Harappan) Civilisation. Archaeologically this is most significant since the evidence is widespread and not isolated.”

This is not the full story. Sir John Marshall, Director General of the Archaeological Survey when Harappa and Mohenjo-Daro were being excavated, recorded the presence of what he called the `Mohenjo-Daro horse’. Giving salient measurements, comparing it to other known specimens, he wrote: “It will be seen that there is a considerable degree of similarity between these various examples and it is probable the Anau horse, the Mohenjo-Daro horse, and the example of Equus caballus of the Zoological Survey of India, are all of the type of the `Indian country bred’, a small breed of horse, the Anau horse being slightly smaller than the others.” (Mohenjo-Daro and the Indus Civilisation, volume II, page 654). It is important to recognise that this is much stronger evidence than mere artefacts, which are artists’ reproductions and not anatomical specimens that can be subjected to scientific examination.

Actually, the Harappans knew the horse and the whole issue of the `Harappan horse’ is irrelevant. In order to prove that the Vedas are of foreign origin, (and the horse came from Central Asia) one must produce positive evidence: it should be possible to show that the horse described in the Rigveda was brought from Central Asia. This is contradicted by theRigveda itself. In verse I.162.18, the Rigveda describes the horse as having 34 ribs (17 pairs), while the Central Asian horse has 18 pairs (36) of ribs. We find a similar description in the Yajurveda also.

This means that the horse described in the Vedas is the native Indian breed (with 34 ribs) and not the Central Asian variety. Fossil remains of Equus Sivalensis (the `Siwalik horse’) show that the 34-ribbed horse has been known in India going back tens of thousands of years. This makes the whole argument based on “No horse at Harappa” irrelevant. The Vedic horse is a native Indian breed and not the Central Asian horse. As a result, far from supporting any Aryan invasion, the horse evidence furnishes one of its strongest refutations.

All this suggests that man-made theories (like “No Harappan horse”) and those in linguistics cannot be used to override primary evidence like the Vedic Sarasvati (described below) and the dominant oceanic symbolism found in the Vedas. To see this we may note that South Indian languages like Kannada and Tamil have indigenous (desi) word for the horse —kudurai — suggesting that the horse has long been native to the region. The same is true of the tiger (puli and huli) and the elephant (aaney). Contrast this with the word for the lion —simha and singam — that are borrowed from Sanskrit, indicating that the lion was not native to the South. A man-made theory in linguistics, because it is not bound by laws of nature, can be made to cut both ways. It cannot take the place of evidence.

In any field it is important to take into account all the evidence, especially evidence of a fundamental nature. This can be illustrated with the help of what we now know about the Vedic river known as the Sarasvati. The Rigveda describes the Sarasvati as the greatest and the holiest of rivers — as ambitame, naditame, devitame (best of mothers, best of rivers, best goddess). Satellite photographs as well as field explorations by archaeologists, notably the great expedition led by the late V.S. Wakankar, have shown that a great river answering to the description of the Sarasvati in the Rigveda (flowing `from the mountains to the sea’) did indeed exist thousands of years ago. After many vicissitudes due to tectonic and other changes, it dried up completely by 1900 BC. This raises a fundamental question: how could the Aryans who are supposed to have arrived in India only in 1500 BC, and composed their Vedic hymns c. 1200 BC, have described and extolled a river that had disappeared five hundred years earlier? In addition, numerous Harappan sites have been found along the course of the now dry Sarasvati, which further strengthens the Vedic-Harappan connection. As a result, the Indus (or Harappan) Civilisation is more properly called the Indus-Sarasvati Civilisation.

The basic point of all this: we cannot construct a theory focusing on a few relatively minor details like the spoke-wheel while ignoring important, even monumental evidence like the Sarasvati river and the oceanic symbolism that dominates the Rigveda. (This shows that the Vedic people could not have come from a land-locked region like Afghanistan or Central Asia). A historical theory, no less than a scientific theory, must take into account all available evidence. No less important, a man-made theory cannot take the place of primary evidence like the Sarasvati river or the oceanic descriptions in the Rigveda. This brings us back to Einstein — “A theory must not contradict empirical facts.” Nor can it ignore primary evidence.

Little know facts about the plight of Sikhs and Hindus during Partition
Rani Lakshmibai: Remembering the valiant queen of Jhansi
Comment