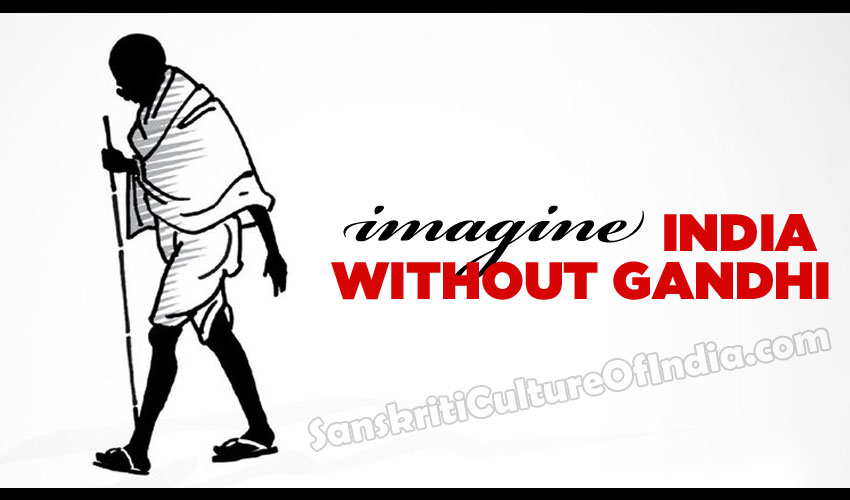 Innumerable books have been written on Gandhi, both in India and abroad. Gandhi himself was a prolific writer and his writings and speeches published by the Government of India run into a hundred volumes of about five to six hundred pages each. He wrote practically on every subject under the Sun except perhaps on Accounts, Maths and Finance. Most of the works on Gandhi are in his praise and a very few writers have dared to critically examine his ideas in depth.

There was a time when it was considered a taboo to say or write anything against Gandhi. One or two books did come out but they were quickly banned. Critique of Gandhi by Dr MM Kothari attempts to highlight the contradictions in Gandhi’s views on some fundamental issues. This small volume of 200 pages is divided into three parts: ethical, spiritual and political delusions of Gandhi. Under this broad division, the subjects covered include: truth, non-violence, sex, glorification, role of revolutionaries, communal problem and partition etc. One thing that comes out of this book is that Gandhi was obsessed with moral values and particularly non-violence.

For Gandhi, “Truth without non-violence is non-truth” (Young India, 17th September, 1925). Thus, in Gandhi’s view Mahabharata never occurred and Kurukshetra is only in the heart of man; so also the violence that took place in 1947 because it does not satisfy the definition of truth. When at some point of time he was asked to clarify the concept of truth Gandhi replied, “It is what the voice within tells you” (Harijan, 31st December, 1931). Which voice is to be taken as genuine? Gandhi answered, “What a pure heart feels at a particular time is truth” (Harijan, 22nd February, 1942). How difficult it is to locate a pure heart the reader can well imagine.

According to Dr Kothari, Gandhi not only confused himself but also others who came into his contact. In this connection Kothari quotes two examples: A hunter pursuing a fox asked Lord Bertrand Russel as to which way the fox had gone. Russel told a lie and the life of the fox was saved. Russel remarked: “I do not think I should have been a better man if I had told the truth.” Gandhi, however, did not approve of Russel’s view and said, “No one is bound to answer a question. Russel could have refused to answer it.” But elsewhere Gandhi wrote, “Not only telling lies is untruthful but guilty silence or hiding one’s state of mind is also untruth.” (Harijan, 9th June, 1946).

Mosley in his book The Last Days Of The British Raj, London, 1962, records that at the end of one meeting with Gandhi, Lord Wavell, the Governor General of India, said, “He spoke to me for half an hour and I am still not sure what he meant to tell me. Every sentence he spoke could be interpreted in at least two different ways. I would be happier were I convinced that he knew what he was saying himself but I cannot even be sure of that.” (Page 11 of the book).

At the Ramgarh session of the Congress in 1940 Gandhi had said, “I am your General.” Until his death Gandhi continued to act as a General or dictator of the Congress. There is no doubt about Gandhi’s dictatorial behaviour. His contemporaries in the Muslim League had expressed similar views.

In this context, Beverley Nichols, a distinguished British journalist in his book, Verdict on India, London 1944, quotes a Muslim League’s article titled ‘Nationalism in Conflict in India’:

“Hitler commands the same respect and allegiance in Germany as Mr Gandhi in India. He is more than a hero, a national saviour, or even a God to the Germans. The same is the case with Mr Gandhi. He is both a spiritual and political leader of the Hindus and pretends to speak with divine authority. Nobody can dare to criticise him and yet remain a member of the Congress. A host of Congress leaders had to leave the Congress as they had incurred the displeasure of the Mahatma. Mr Nariman, Dr Khare, Mr Subhash Chandra Bose, Mr Roy and Mr Rajagopalachari, all at one time held positions of immense influence in the Congress, but their difference of opinion with one man alone in the Congress, Mr Gandhi, led to their permanent expulsion.”

Gandhi hated the British. And in his fight against them, he tried to bring unity between the Hindus and the Muslims. It is this obsession for unity which induced Gandhi to lead the Khilafat movement in 1920, a patently anti-national and an anti-Hindu act. The movement’s failure led to the Moplah riots in Malabar (Kerala) which resulted in the butchery of Hindus in thousands. Sir Sankaran Nair and Miss Annie Besant squarely blamed Gandhi for this massacre.

In Miss Besant’s words, “It would be well if Mr Gandhi could be taken into Malabar to see with his own eyes the ghastly horrors which have been created by the preaching of himself and his loved brothers Muhammed and Shaukat Ali.”

Sir Nair wrote, “For sheer brutality on woman, I do not remember anything in history to match the Malabar rebellion.” (Gandhi and Anarchy by Sir Sankaran Nair, Tagore and Co., Madras, 1922).

And yet Gandhi had the audacity to praise the Moplahs, the killers, for being, “amongst the bravest in the land. They are God fearing.” (Young India, 8th September, 1921). After this the cycle of riots engulfed the entire country and Hindus suffered the most.

About the callous attitude of Gandhi, Dr BR Ambedkar wrote, “He has never called the Muslims to account even when they have been guilty of gross crimes against Hindus.” (Thoughts on Pakistan by Dr BR Ambedkar, Bombay, 1941). Dr Kothari quotes Bose about the poor performance of Gandhi at the Round Table Conference held in London in 1931. In Bose’s words, “He talked very humbly. His proneness to confess his ignorance in intricate questions of finance or law lowered him in the estimation of British public. They felt that India was being led by a man who was fit to be a bishop.” (Page 177 of the book).

Qaid-e-Azam Jinnah also had a very poor opinion of Gandhi. In 1920, Gandhi had invited Jinnah to participate in the non-cooperation movement. Jinnah in reply wrote, “I am fully convinced that it must lead to disaster. Your methods have already caused splits and division in almost every institution that you have approached…not only amongst the Hindus and Muslims, but between Hindus and Hindus and Muslims and Muslims, and even between father and sons…” (Page 180 of the book). Jinnah also ridiculed Gandhi’s spiritual claim.

He wrote to Gandhi: “There is so much in your article which is the result of imagination. It is partly due to the fact that you are living a secluded life at Segaon, and partly because all your thoughts and actions are guided by ‘inner voice.’ You have very little concern with realities or what might be termed by an ordinary mortal practical problems.”

Frustrated with Gandhi’s obsession with matters spiritual, Jinnah is reported to have observed, “To hell with his (Gandhi’s) inner light.” (The Last Days of the British Raj by Leonard Mosley, London 1962). Gandhi held a series of meetings with Jinnah in 1944 at Bombay on the question of Pakistan. Jinnah told him in no uncertain terms that Muslims wanted a separate homeland and were prepared to make any sacrifice to achieve it. Gandhi did not agree as he suffered from delusion. Result: the Muslim League launched Direct Action which led to the Great Calcutta Killing of 1946. Muslim League’s demand for Partition also envisaged exchange of populations. Gandhi, as usual, displayed his obstinacy and did not ask Muslims of India to leave for their Darul Islam.

The British in their wisdom had agreed to the division as that was the only way to solve the Hindu-Muslim problem. Gandhi brought it back. No wonder Dr Kothari begins his book with a quotation from Arthur Koesther: “India would be better off today and healthier in mind without the Gandhian heritage.”