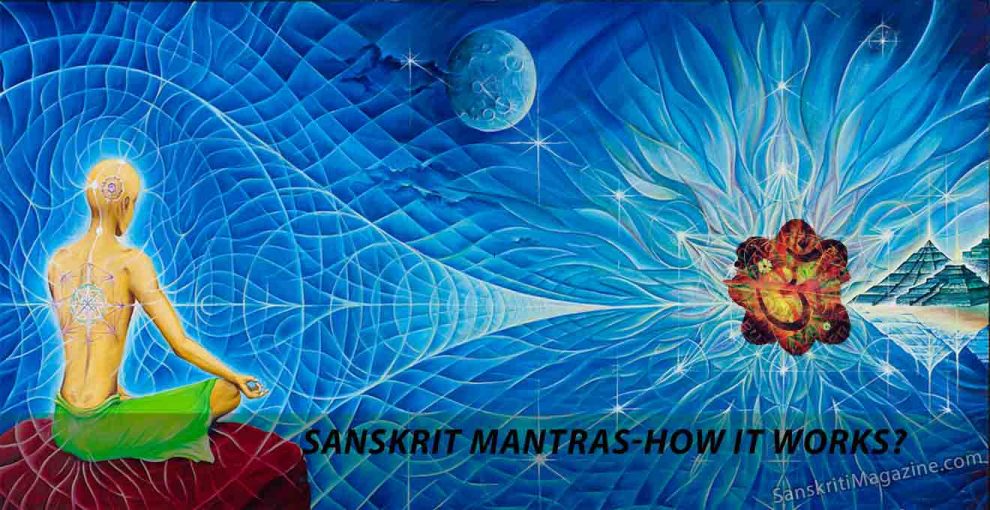 Do Sanskrit Mantra Chanting have a deeper science?

In the modern society, one hears multiple opinions about the Vedic tradition of Sanskrit Chanting called Mantras. Opinions vary the whole spectrum from people indicating that its superstition,Irrational on one end, to people firmly having experienced benefits and spends hours practicing the same.

Let us get a deeper analysis using the tools of modern science.

Lets us look at Physics….

Experiments with Tuning forks clearly indicate that when an object vibrates at a certain frequency, it influences the objects around it.
Please see the short video below where you can see the influence of a vibrating tuning fork in Water, Salt etc.

Let us understand what happens when Sankrit Mantras are chanted…

Cymatics is the field of science that converts the Sound vibrations into visual patterns. Please see the below video showing the Cymascope output of Gayathri Mantra.

Mantras are not just words or sentences put together. Besides being words with deep meanings, they are also vibrations. The whole universe is nothing but vibration. Even scientifically, electrons, protons and neutrons are only energies in varying states of vibration. The entire universe is made up of energy, and this energy in different states of vibration makes up the objects of the universe. Even between people there are vibrations. How often do you hear, “He has a good vibe”, or, “We just don’t vibe with each other”.
These vibrations are actually thoughts. To put it simply, sometimes our thinking processes match, and sometimes they don’t. As we think, so we are. In fact, our mind in different states of vibrations produces different results or manifestations. Even things like illnesses, are often produced by our mind in a ‘dis-eased’ state of vibration.

Now, for two people to understand each other, they have to ‘vibe’ together. In the same way, to understand the universe, we need to ‘vibe’ with it. How did Newton discover gravity? Because of his deep enquiry, the nature of gravity revealed itself to him. Whenever our mind reaches the same frequency of any object, the complete secret of that object is revealed. Why?
When objects vibrate at the same frequency, they merge; they unite. Per the vibrations of our mind, so is the world that we experience.

This is the scientific principle of mantra chanting.Mantras ( as we saw in the Cymascope video) creates these vibrations in the air when chanted. During the process of chanting , the whole group of people are immersed in this vibration and get beneficially influenced by these ( as we saw in the Tuning fork experiment video)

Question to think about??

Modern Science is slowly discovering these theories of sound vibrations and its influence in the last 200 years or so. But the Vedic rishis understood this science about 10000 years ago and also created practical techniques that can enrich human beings to live in joy and harmony..

How did the Rishis do this about 10000 years back? Something to think about…