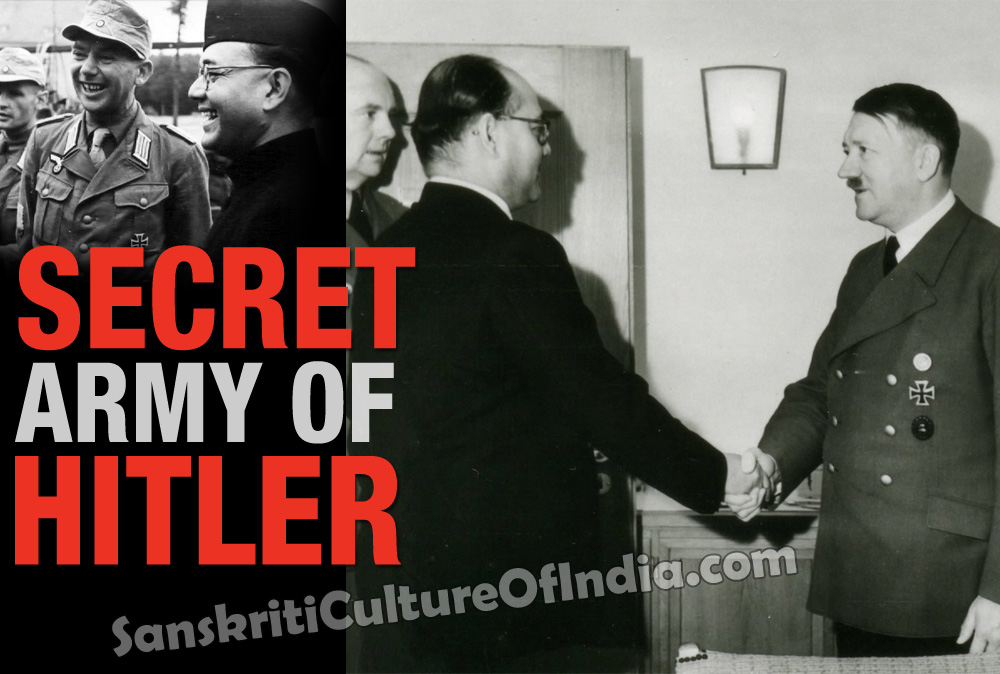 The information they gave British intelligence was considered so sensitive that in 1945 it was locked away, not due to be released until the year 2021.  However, the BBC’s Document programme has been given special access to this secret file early.

It reveals how thousands of Indian soldiers who had joined Britain in the fight against fascism swapped their oaths to the British king for others to Adolf Hitler – an astonishing tale of loyalty, despair and betrayal that threatened to rock British rule in India, known as the Raj.

The story the German officers told their interrogators began in Berlin on 3 April 1941. This was the date that the left-wing Indian revolutionary leader, Subhas Chandra Bose, arrived in the German capital.  Bose, who had been arrested 11 times by the British in India, had fled the Raj with one mission in mind. That was to seek Hitler’s help in pushing the British out of India. 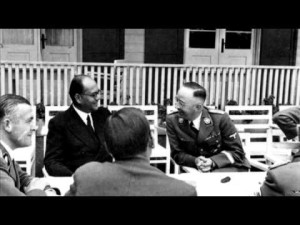 “He wanted 500 volunteers who would be trained in Germany and then parachuted into India. Everyone raised their hands. Thousands of us volunteered.”
~ Lieutenant Barwant Singh

Six months later, with the help of the German foreign ministry, he had set up what he called “The Free India Centre”, from where he published leaflets, wrote speeches and organised broadcasts in support of his cause.

By the end of 1941, Hitler’s regime officially recognised his provisional “Free India Government” in exile, and even agreed to help Chandra Bose raise an army to fight for his cause. It was to be called “The Free India Legion”.

Bose hoped to raise a force of about 100,000 men which, when armed and kitted out by the Germans, could be used to invade British India.  He decided to raise them by going on recruiting visits to Prisoner-of-War camps in Germany which, at that time, were home to tens of thousands of Indian soldiers captured by Rommel in North Africa. 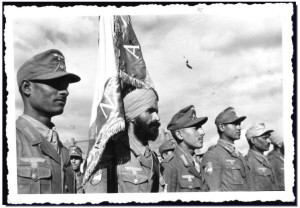 Finally, by August 1942, Bose’s recruitment drive got fully into swing. Mass ceremonies were held in which dozens of Indian POWs joined in mass oaths of allegiance to Adolf Hitler.

These are the words that were used by men that had formally sworn an oath to the British king:
“I swear by God this holy oath that I will obey the leader of the German race and state, Adolf Hitler, as the commander of the German armed forces in the fight for India, whose leader is Subhas Chandra Bose.”

I managed to track down one of Bose’s former recruits, Lieutenant Barwant Singh, who can still remember the Indian revolutionary arriving at his prisoner of war camp.

“He was introduced to us as a leader from our country who wanted to talk to us,” he said.

“He wanted 500 volunteers who would be trained in Germany and then parachuted into India. Everyone raised their hands. Thousands of us volunteered.” 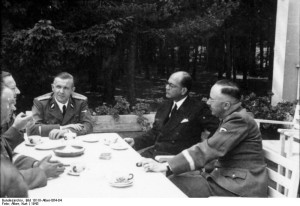 In all 3,000 Indian prisoners of war signed up for the Free India Legion. But instead of being delighted, Bose was worried. A left-wing admirer of Russia, he was devastated when Hitler’s tanks rolled across the Soviet border.

Matters were made even worse by the fact that after Stalingrad it became clear that the now-retreating German army would be in no position to offer Bose help in driving the British from faraway India.  When the Indian revolutionary met Hitler in May 1942 his suspicions were confirmed, and he came to believe that the Nazi leader was more interested in using his men to win propaganda victories than military ones.  So, in February 1943, Bose turned his back on his legionnaires and slipped secretly away aboard a submarine bound for Japan.  There, with Japanese help, he was to raise a force of 60,000 men to march on India.

Back in Germany the men he had recruited were left leaderless and demoralised. After much dissent and even a mutiny, the German High Command despatched them first to Holland and then south-west France, where they were told to help fortify the coast for an expected allied landing.

After D-Day, the Free India Legion, which had now been drafted into Himmler’s Waffen SS, were in headlong retreat through France, along with regular German units.  Finally, instead of driving the British from India, the Free India Legion were themselves driven from France and then Germany.  Their German military translator at the time was Private Rudolf Hartog, who is now 80.

“The last day we were together an armoured tank appeared. I thought, my goodness, what can I do? I’m finished,” he said.  “But he only wanted to collect the Indians. We embraced each other and cried. You see that was the end.” 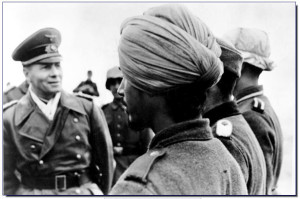 A year later the Indian legionnaires were sent back to India, where all were released after short jail sentences.  But when the British put three of their senior officers on trial near Delhi there were mutinies in the army and protests on the streets. With the British now aware that the Indian army could no longer be relied upon by the Raj to do its bidding, independence followed soon after.

Not that Subhas Chandra Bose was to see the day he had fought so hard for. He died in 1945.  Since then little has been heard of Lieutenant Barwant Singh and his fellow legionnaires.

At the end of the war the BBC was forbidden from broadcasting their story and this remarkable saga was locked away in the archives, until now. Not that Lieutenant Singh has ever forgotten those dramatic days.

“In front of my eyes I can see how we all looked, how we would all sing and how we all talked about what eventually would happen to us all,” he said.