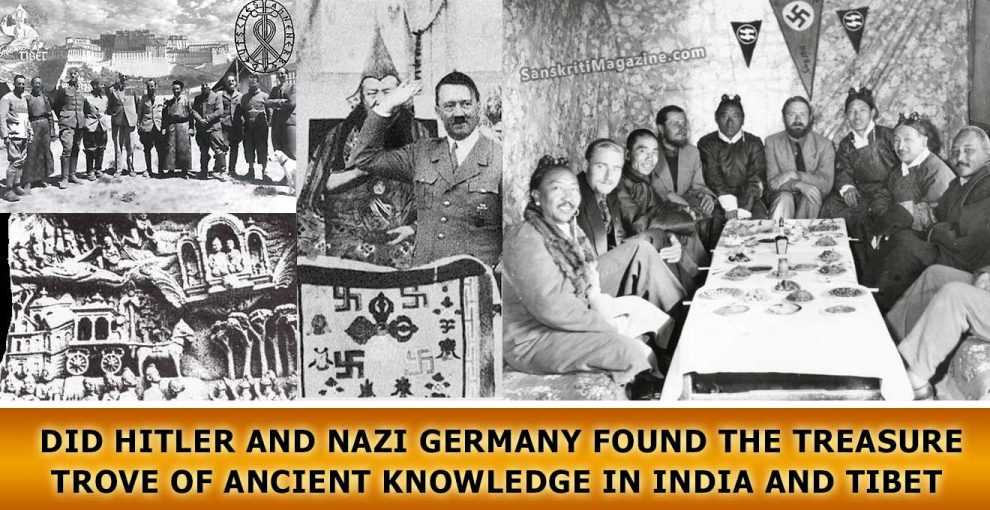 Is it possible that Hitler and Nazi Germany found the treasure trove of ancient knowledge which gave them an edge on technology and even capability of space travel as our ancients have always spoken about? Once Sanskrit was finally translated by Orientalists, Germany and England took special interest in India and its neighbouring countries… What are your thoughts on this? It is common knowledge that they stole tons of book from India.

After WWII, no less than 1,000 German scientists were given immunity from war crimes and employed in United States government and civilian facilities. A couple of examples:

Wernher von Braun was a German and later American aerospace engineer and space architect. He was one of the leading figures in the development of rocket technology in Germany and the United States and is considered one of the “Fathers of Rocket Science”. He was also a member of the Nazi party and the SS, and was suspected of perpetrating war crimes during World War II.

According to one NASA source, he is “without doubt, the greatest rocket scientist in history”. In 1975 he received the National Medal of Science.

Major-General Dr Walter Robert Dornberger was a German Army artillery officer whose career spanned World Wars I and II. He was a leader of Germany’s V-2 rocket program and other projects at the Peenemünde Army Research Center.

In mid-August 1945, after taking part in Operation Backfire, Dornberger was escorted from Cuxhaven to London for interrogation by the British War Crimes Investigation Unit in connection with the use of slave labor in the production of V-2 rockets. Along with other German rocket scientists, Dornberger was released and brought to the United States under the auspices of Operation Paperclip, and worked for the United States Air Force for three years developing guided missiles.

Some individuals see hidden, esoteric or occult knowledge as the inspiration for the breakthroughs the Germans made in field propulsion flying vehicles. Usually coupled with an exotic theory of UFO origin, it is an equally exotic local from which this exotic theory is said to have originated. We have been presented with this line of reasoning for years in the “UFOs are of extraterrestrial origin” theory. Indeed, some writers see an extraterrestrial origin for German UFOs also as we shall see. But just stating that UFOs are of occult or alien origin is not an explanation in itself. It still begs the question of how they operate. Their method of operation, their technology, must be explained regardless of where they came from in order for the explanation to be a satisfying one.

Returning to earth, another theory is that the German scientists were influenced by some ideas originating in Asia. Tibet and India are the suspects in question. UFOs have been reported over Mongolia, Tibet and India for centuries. The ancient Indians even claimed to have constructed aircraft which resemble flying saucers. These saucers are called Vimanas. Ancient Indian texts in Sanskrit speak of the flight and manufacture of these saucers.

The German “Ahnenerbe”, an organization whose purpose is associated with researching Germanic ancestry, sent out expeditions to the East with the express purpose of acquiring ancient, hidden knowledge. This is precisely what Heinrich Haarer was doing, whose book served as the basis for the film “Seven Years in Tibet”. This link between flying saucers of the East and the West is suspected as an influence on German field propulsion vehicles.

The exact connection, though, has never been demonstrated.

On April 30 1945, Adolf Hitler committed suicide in his underground bunker. His body was later discovered and identified by the Soviets before being rushed back to Russia.

However, declassified documents released by FBI prove that the government knew Hitler was alive and well, and living in the Andes Mountains long after World War II.

We may never know the reality and origin of flying saucers and space flight or how Hilter truly died, but one thing for certain is that Germany was on a relentless path to reaching sudden great heights in terms of technological research that was far beyond the norm of that era.