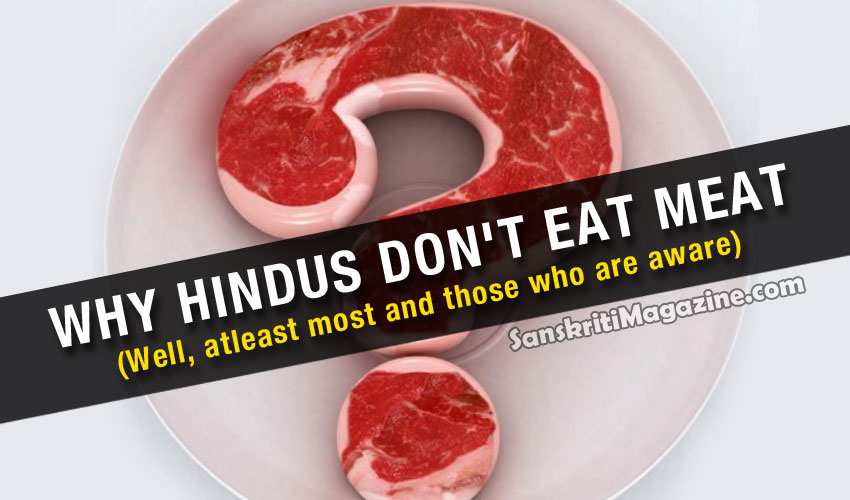 Besides being an expression of compassion for animals, vegetarianism is followed for ecological and health rationales.

REASONS In the past fifty years, millions of meat-eaters – Hindus and non-Hindus – have made the personal decision to stop eating the flesh of other creatures. There are five major motivations for such a decision.

Ahimsa, the law of noninjury, is the Hindu’s first duty in fulfilling religious obligations to God and God’s creation as defined by Vedic scripture. 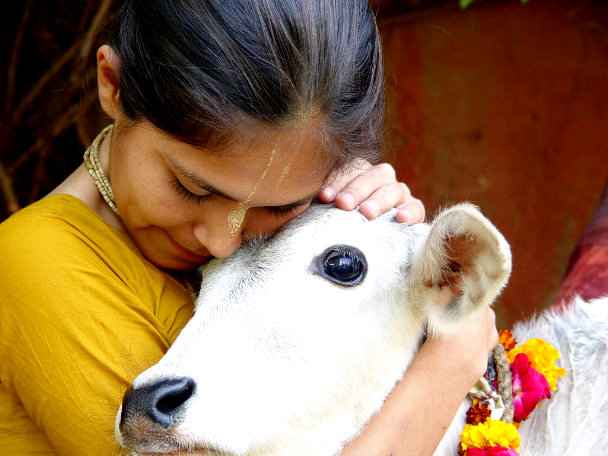 All of our actions, including our choice of food, have Karmic consequences. By involving oneself in the cycle of inflicting injury, pain and death, even indirectly by eating other creatures, one must in the future experience in equal measure the suffering caused.

Food is the source of the body’s chemistry, and what we ingest affects our consciousness, emotions and experiential patterns. If one wants to live in higher consciousness, in peace and happiness and love for all creatures, then he cannot eat meat, fish, shellfish, fowl or eggs. By ingesting the grosser chemistries of animal foods, one introduces into the body and mind anger, jealousy, anxiety, suspicion and a terrible fear of death, all of which are locked into the flesh of butchered creatures. For these reasons, vegetarians live in higher consciousness and meat-eaters abide in lower consciousness.

Medical studies prove that a vegetarian diet is easier to digest, provides a wider range of nutrients and imposes fewer burdens and impurities on the body. Vegetarians are less susceptible to all the major diseases that afflict contemporary humanity, and thus live longer, healthier, more productive lives. They have fewer physical complaints, less frequent visits to the doctors, fewer dental problems and smaller medical bills. Their immune system is stronger, their bodies are purer, more refined and skin more beautiful. 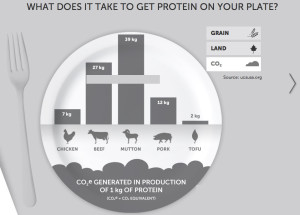 Planet earth is suffering. In large measure, the escalating loss of species, destruction of ancient rain-forests to create pasture lands for livestock, loss of topsoil and the consequent increase of water impurities and air pollution have all been traced to the single fact of meat in the human diet. No decision that we can make as individuals or as a race can have such a dramatic effect on the improvement of our planetary ecology as the decision to not eat meat.

The book Food for the Spirit, Vegetarianism and the World Religions, observes, “Despite popular knowledge of meat eating’s adverse effects, the non-vegetarian diet became increasingly widespread among Hindus after the two major invasions by foreign powers, first the Muslims and later the British. With them came the desire to be ‘civilized,’ to eat as did the saheeb. Those actually trained in Vedic knowledge, however, never adopted a meat-oriented diet, and the pious Hindu still observes vegetarian principles as a matter of religious duty.

“That vegetarianism has always been widespread in India is clear from the earliest Vedic texts. This was observed by the ancient traveler Megasthenes and also by Fa-hsien, a Chinese Buddhist monk who, in the fifth century, traveled to India in order to obtain authentic copies of the scriptures.

“These scriptures unambiguously support the meatless way of life. In the Mahabharata, for instance, the great warrior Bhishma explains to Yudhishtira, eldest of the Pandava prices, that the meat of animals is like the flesh of one’s won son. Similarly, the Manusmriti declares that one should ‘refrain from eating all kinds of meat,’ for such eating involves killing and leads to Karmic bondage (bandha) [5.49]. Elsewhere in the Vedic literature, the last of the great Vedic kings, Maharaja Parikshit, is quoted as saying that ‘only the animal-killer cannot relish the message of the Absolute Truth [Shrimad Bhagavatam 10.14].'”

He who desires to augment his own flesh by eating the flesh of other creatures lives in misery in whatever species he may take his birth. – Mahabharata 115.47

Those high-souled persons who desire beauty, faultlessness of limbs, long life, understanding, mental and physical strength and memory should abstain from acts of injury. – Mahabharata 18.115.8 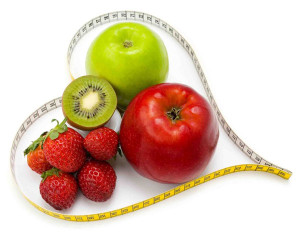 The very name of cow is aghnya [“not to be killed”], including that they should never be slaughtered. Who, then could slay them? Surely, one who kills a cow or a bull commits a heinous crime. – Mahabharata, Shantiparva 262.47

The purchaser of flesh performs himsa (violence) by his wealth; he who eats flesh does so by enjoying its taste; the killer does himsa by actually tying and killing the animal. Thus, there are three forms of killing: he how brings flesh or sends for it, he who cuts off the limbs of an animal, and he who purchases, sells or cooks flesh and eats it – all of these are to be considered meat-eaters. – Mahabharata, Anu. 115.40

He who sees that the Lord of all is ever the same in all that is – immortal in the field of morality – he sees the truth. And when a man sees that the God in all that is, he hurts not himself by hurting others. Then he goes, indeed, to the highest path. – Bhagavad Gita 13.27-28

Ahimsa is the highest dharma

WHAT IS THE GOOD WAY? IT IS THE PATH that reflects on how it may avoid killing any creature. – Tirukural 324

All that lives will press palms together in prayerful adoration of those who refuse to slaughter and savor meat. – Tirukural 260

What is virtuous conduct? It is never destroying life, for killing leads to every other sin. – Tirukural 312, 321

You may also want to check:

Common arguments given by meat eaters

To Beef or not to beef?