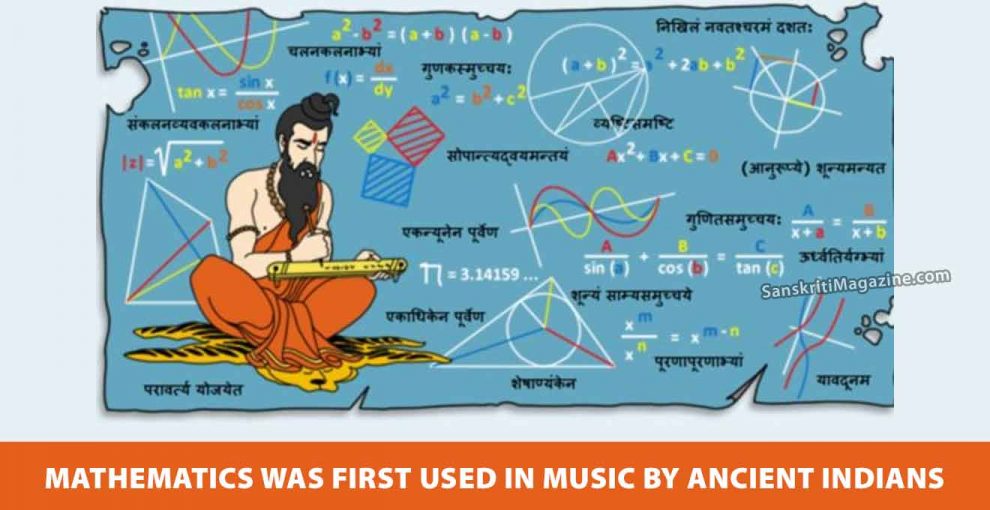 Pingala (1800 BCE) of Chandasastra pioneered the mathematical study of meters. He developed advanced mathematical concepts for explaining prosody and its characteristics. Pingala was the first to establish the relationship between the theory of poetic rhythm and combinatorics much earlier than Marin Mersenne (1588-1648 AD) a French music theorist. 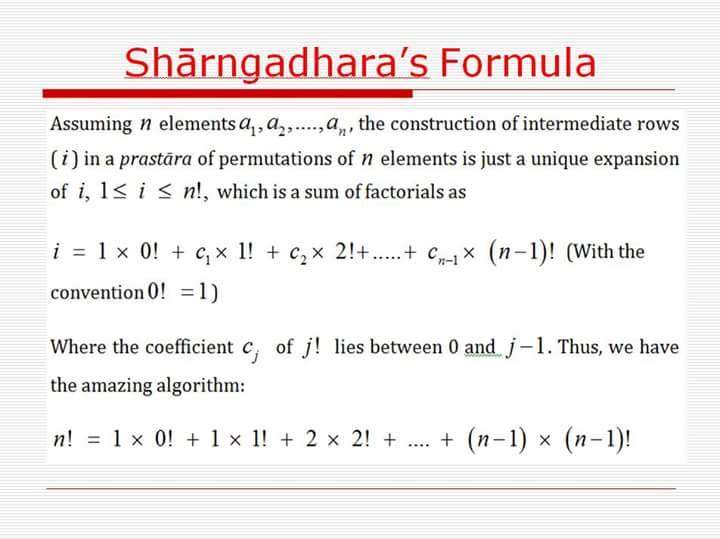 In his Sangitaratnākara, Shārngadeva defined almost 264 rāgas as combination of swaras. He mathematically analyzed the permutations and combinations of swaras. He classified rāgas as Janaka rāga (parent rāga) and Janya rāga (child rāga). Seven basic swaras i.e. must be used once in Ārohanam (ascending order) and also, the seven swaras must be used once in Avarohanam (descending order) in every Janaka rāga. Each Janaka rāga can have many Janya rāgas derived from them but Janya rāga need not use seven swaras compulsorily in ascending and descending orders. He also mapped 22 shruti (octave) into seven swaras.

According to Shārngadeva, the 1st row of prastāra of seven swaras starts with the natural order of swaras as s,r,g,m,p,d,n and the last 5040th row ends with the reverse order as n,d,p,m,g,r,s. He gave a mathematical formula (as shown in image) for the construction of intermediate rows. Interestingly, the algorithms described by Shārngadeva are now being used in computer programming.

Different Kind of Vimanas in Ramayana

Why Lord Vishnu is Called as Shunyah or Zero in the Vishnu Sahasranama?