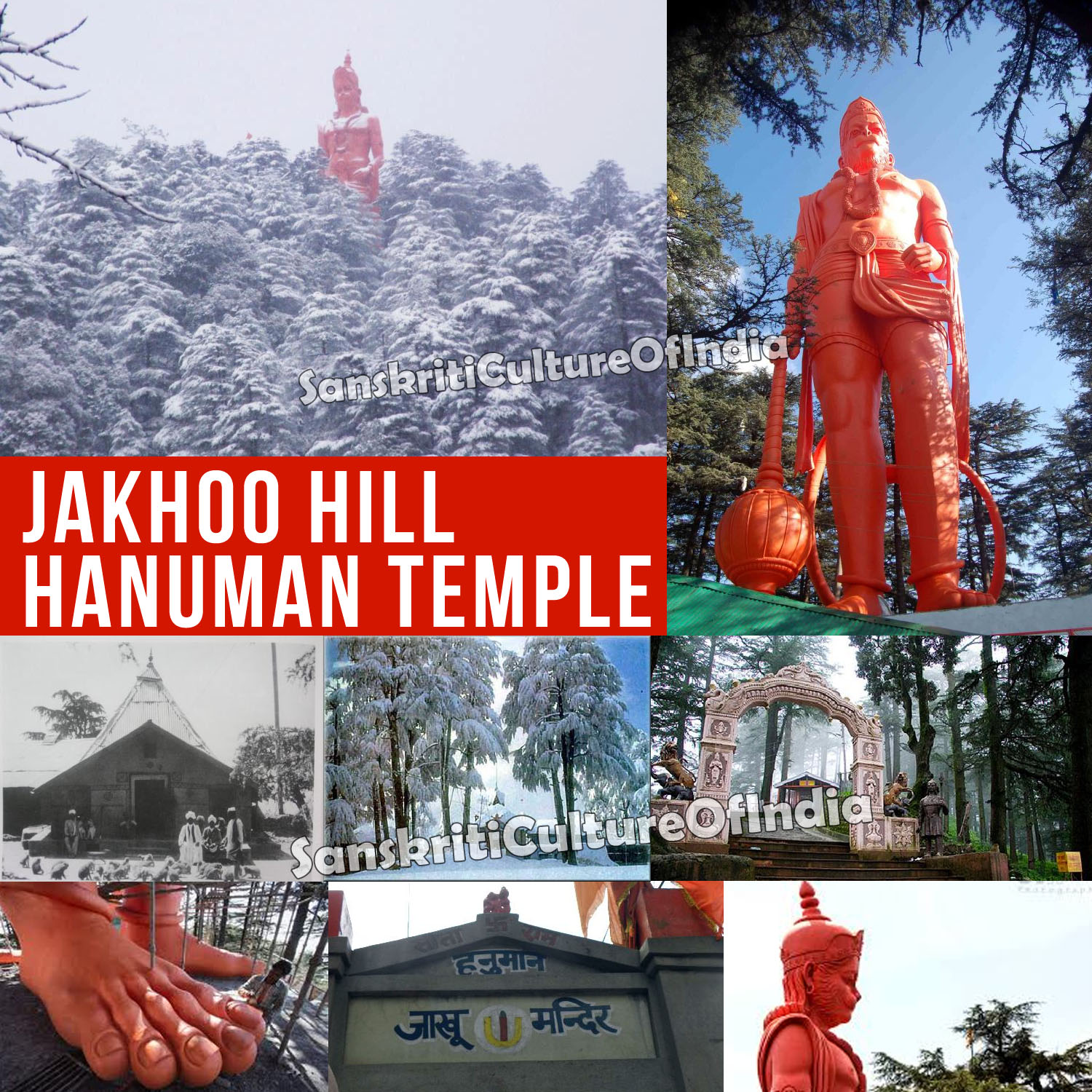 Jakhoo Hills is one of the highest points in Shimla which is famous for the legendary Hanuman Mandir. With a height of 2455 meters this hill top presents one of the most attractive scenic beauties of Shimla. Shimla which was once the summer capital of India is surrounded by seven hills. While some of these hills are dedicated to the popular Hindu gods and goddesses the other provide the most picturesque view of the Shiwalik range that surrounds the hill station of Shimla.

Jakhoo Hills is one of the legendary places of worship located at the top of Shimla. This is well known for the ancient Hanuman Mandir which existed from the time immemorial. It was believed that Hanuman sat on the top of the hill when he was searching the Sanjivni booty. The original temple was built on the deity of Swayambhu Hanuman which was discovered for the first time during the rule of British in India. As the British Empire shifted its summer capital in Shimla this helped them to inhabit the hillocks around Shimla and in the process discover the ancient temple of Hanumanji located at the top of Jakhoo hills. This temple is well protected with number of monkeys who not only playtricks for Prasad but also amuse the tourists with their humorous gestures. The present structure of Jakhoo temple was initiallyconstructed in 1837 which was further renovated during 1920s .The present structure of the temple gives a clear vision of the architecture that prevail in Himachal Pradesh.

Besides this Jakhoo hills is one of most attractive sights of Shimla. Surrounded with the great Shiwaliks range of Himalayas, this hill top attracts large number of tourists. It provides an excellent opportunityfor scenic photography and sightseeing. Overall this tourist spot is one of the most attractive hill tops as compared to other hill stations of India. Thus Jakhoo hills are one of the most popular tourist spots of Shimla which is related to the legends of Ramayana. The hill top as well as the temple attracts large number of people who get enchanted with the legends of the temple an visit the temple to worship the Swyambhu deity of Hanuman.

This Hanuman temple is situated in the beautiful surrounding and peaceful atmosphere far away from the madding crowd. The breeze passing through will make forget ones worldly worries, thanking Lord Vayu father of Lord Hanuman. One can meditate for hours here bringing peace to one’s mind.

CANNABIS/Weed has preserved ancient Indian artwork in the sacred Ellora Caves for 1,500 years