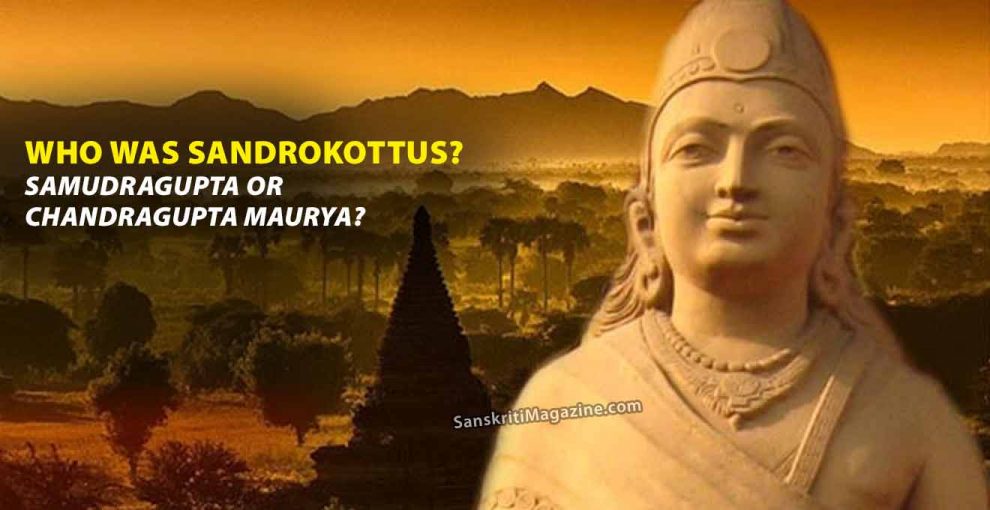 Alexander, during his invasion on Persian Empire and some parts of western India, has carried some Greek scholars like Baeto, Diognetos, Nearchos, Onesikritos, Aristoboulos, and Kallisthenes with him to chronicle his achievements. Megasthanes and Deimachos, the ambassadors of Seleucus Nikator the successor of Alexander, also wrote about India. Though the works of these scholars are all lost but their substance is found in the works of Plutarch, Strabo, Pliny and Arrian. Plutarch wrote Alexander’s biography over 200 years after the death of Alexander based on the oral legends. These Greek scholars repeatedly mentioned about a powerful king of India named “Sandrocottus” who was undoubtedly “Samudragupta” with reference to the epoch of Gupta era in 335 BCE and Puranic account of the history of Magadha.

Sir William Jones (1746-1794) deliberately identified “Sandrocottus” mentioned by the Greeks as #ChandraguptaMaurya and declared that he was the contemporary of Alexander in 327-326 BCE. This mistaken identity or concocted theory of William Jones has been propagated by western historians as an eternal and irrefutable historical fact for constructing the chronology of Ancient India. Eminent Indian historians under the influence of western historians toed the same line. Unfortunately, they completely ignored the history of ancient India given in Puranas since Mahabharata War.

Considering the epoch of #SakaEra in 583 BCE and the epoch of Gupta era in 335 BCE, the epigraphic evidence supports that Maurya dynasty ruled Magadha much earlier than 4th century BCE. Puranas tell us that Chandragupta Maurya ascended the throne by defeating the last Nanda king around 1500 BCE.

According to Kaliyuga Raja Vrittanta, the Great Bear or Saptarshi Mandal was in Sravana nakshtra during the reign of Mahapadma Nanda.

Western historians were born and brought up in a religious Christian society. They were faithful to the Biblical conception of the creation of the world in 4004 BCE. They knew the fact that the antiquity of the history of Greece and other European countries cannot be greater than 1000 BCE. When they encountered with the antiquity of ancient Indian history that is greater than 6776 BCE, Western historians could not believe it. Therefore, they started distorting the chronology of ancient India. First of all, Sir William Jones conspired and deliberately cut down 1200 years of Indian history by identifying Sandrocottus as Chandragupta Maurya. To cover up this distortion, Jones declared that Puranic account of Indian history is mythological and unreliable but selectively accepted the genealogy of various dynasties from Puranas. Actually, many Western historians pursued their research with an objective to curtail the antiquity of the chronology of ancient India so that the supremacy of ancient Greek civilization can be established. 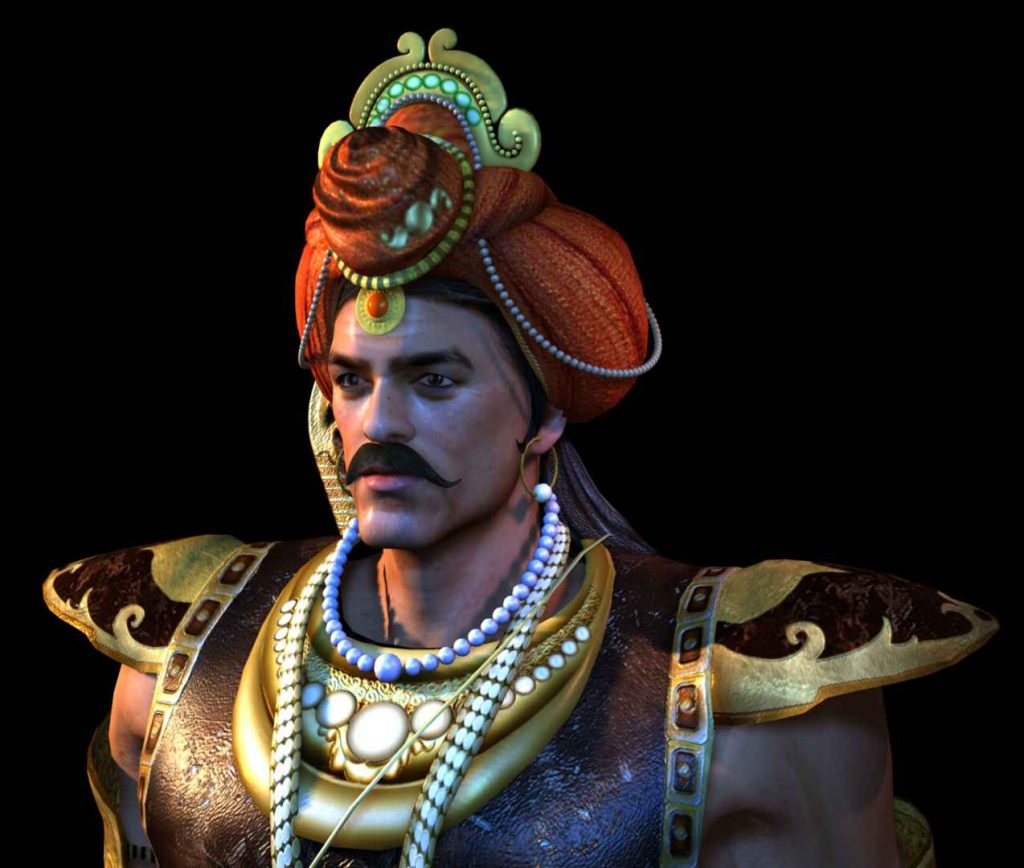 Western historians were fascinated with the history of Alexander from their childhood. They started searching the footprints of Alexander’s invasion in India. Interestingly, there is no reference of Alexander’s invasion in Indian literary sources because it was actually a non-event for Indians. Western scholars concocted the theory that the Yavanas mentioned in Indian sources are Greeks without any evidence. According to various Indian sources, Yavana kingdoms existed in Indian history since Mahabharata war that located in the west and north side across the Indus river. Thus, Indian Yavanas were more ancient than the birth of ancient Greek civilisation.

In fact, it can be confidently stated that the great victory of Alexander and the homesickness of Greek soldiers have been concocted by historians of Alexander who were employed by him to chronicle his achievements. Probably, the army of Alexander was comprehensively defeated by the Indian king Poros and the wounded Alexander and his army have to flee through the channels of Indus River and they landed on the shores of Arabian Sea. They were then forced to march along the dry Makran and Persian Gulf coast and somehow finally, made it back to Babylonia where the wounded young Alexander died there in 323 BCE at the age of 33 years. It may be noted that Alexander employed the historians to chronicle his victories not the defeats.

Therefore, the Greek historians concocted the victorious army of Alexander fell homesick and feigned the ignorance of geography for the return journey through the channels of Indus River. It is unbelievable that the victorious army of Alexander fell homesick otherwise they could have amassed unimaginable wealth from India, the most prosperous country of the world of the times. Moreover, Megasthanes, who was sent as ambassador to King Poros by Seleukos, mentioned that Poros was even greater than Sandrocottus. If Poros was defeated and appointed as satrap by Alexander, how could he become greater than Sandrocottus? After the death of Alexander, his generals decided to divide his Empire among themselves but interestingly, no part of India east of Indus River was included as part of Alexander’s Empire. Therefore, it seems that the victory of Alexander over the Indian king Poros, the homesickness of his army and the ignorance of geography were just concocted stories by paid Greek historians of Alexander.

“Generally speaking, the men who have hitherto written on the affairs of India were a set of liars. Deimachos holds the first place in the list; Megasthanes comes next; while Onesikritos and Nearchos with others of the same class, manage to stammer out a few words of truth.”

As quoted by Kota Venkatachalam, Troyer also rejected the identification of Chandragupta Maurya with Sandrocottus and pointed out that one of the Chandraguptas of the Gupta dynasty should be taken as Sandrocottus. If Samudragupta is accepted as Sandrocottus the contemporary Indian king of Alaxander and the epoch of Saka coronation era in 583 BCE, there will be no conflict in the traditional Indian records and epigraphic records. Moreover, we need not to declare certain copper plate inscriptions as forgeries. Unfortunately, the Eurocentric and the distortionist approach of Western historians caused extreme damage to the chronology of ancient India. These intellectuals having no integrity pursued their research by distorting and concocting numerous so-called historical facts which can be called nothing less than a “fraud”.

The Chronology of Ancient India, Victim of Concoctions and Distortions by Vedveer Arya

Yazh (Ancient Indian Instrument), the original Harp
The Legend and Destruction of Martand, The Sun Temple in Kashmir
Comment