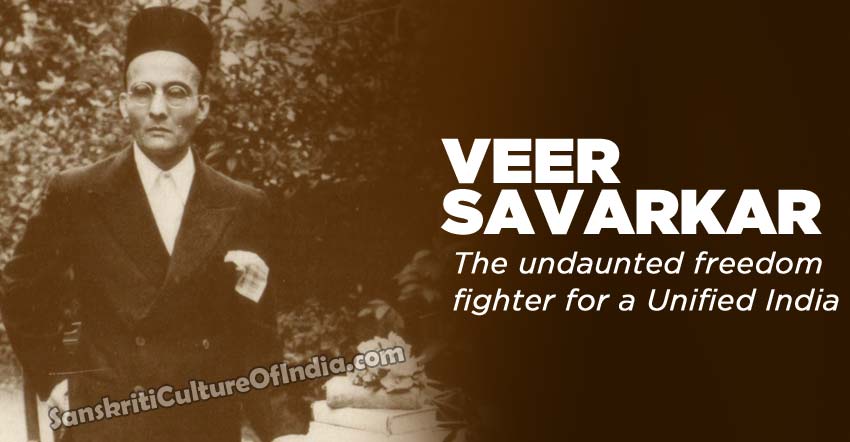 Vinayak Damodar Savarkar, popularly known as Swatantryaveer Savarkar was a fearless freedom fighter, social reformer, writer, dramatist, poet, historian, political leader and philosopher. He remains largely unknown to the masses because of the misunderstanding around him that has been created over several decades.  Savarkar’s thoughts touch upon virtually every aspect of nation-building and are relevant even today. Veer Savarkar was a revolutionary who propounded the philosophy of Hindutva and spent many years in prison in the Andaman fighting for the Independence of Bharatmata. 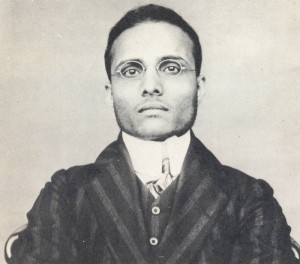 Vinayak Damodar Savarkar was born on May 28, 1883 into a family of jagirdars (landlords) in the village of Bhagpur near Nasik. Vinayak was one of four children others being, Ganesh (Babarao), Mainabai and Narayan, born to Damodarpant Savarkar and Radhabai. He was looked after by elder brother Ganesh since his parents died when he was very young. Right from his childhood he used to like reading. Invariably found in libraries, he used to read the news papers like Kesari, Kal etc. He read Short History of the World in childhood. He studied History of India from Vedic times. He thoroughly read Sanskrit as well as English literature. Amongst other books, he was impressed by the biographies of Mazini, Garibaldi, Napoleon, Lenin and Trotsky etc. He read Bible, and Holy Koran. He also read the works of philosophers like Spencer, Mill, Darwin, Huxlay , Emerson etc. He knew by heart half of Rabindranath Tagore’s literature. 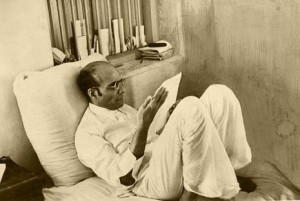 In 1898, the British hanged the Chapekar brothers in Pune for killing a British officer. This made a deep impact on the teenaged Savarkar, who decided to take up armed struggle against the British. Savarkar’s patriotic spirit found an outlet through an organisation called the “Mitra Mela” that he formed. He inducted young patriotic men like himself into the Mela. He encouraged the members of the Mela to strive for “absolute political independence for India”. Savarkar renamed the “Mitra Mela” as “Abhinav Bharat” and declared that “India must be independent; India must be united; India must be a republic; India must have a common language and common script.”

In March 1901, Savarkar was married to Yamunabai, daughter of Ramchandra Triambak Chiplunkar, who agreed to help Savarkar in his university education. After his matriculation examination, Savarkar got enrolled in Fergusson College in Poona in 1902. 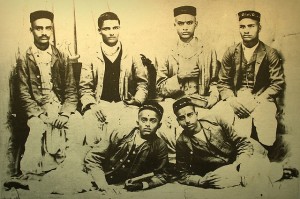 In 1905, a huge Dussehra bonfire of foreign goods was lit in Poona by Savarkar and his friends to express resentment toward the Partition of Bengal. He left for London to study law in June 1906 on receiving a scholarship. Savarkar stayed at the India House in London, which was established by Pandit Shyamji, a patriot, scholar and social reformer. Savarkar founded the Free India Society which held weekly meetings and celebrated Indian festivals and anniversaries of important figures.

In Britain, Savarkar organised students and advocated an armed struggle to throw the British out of India. He also wrote his book on the 1857 Sepoy Mutiny, which he called India’s First War of Independence, a terminology the Indian government accepted after Independence. Since there was no question of printing the book in Britain, it was printed in Holland and copies of it were smuggled into India. The book was a huge success, giving Indians a strong sense of pride, providing a fresh perspective on a war that was till then merely seen as the outcome of disgruntled Indian soldiers in the service of the British.In Britain, he also created a network of like-minded individuals. Seeing his anti-British activities, he was arrested in London on March 13, 1910 and sent to India to face trial. 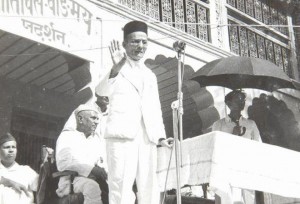 While he was coming to India by a ship,the ship in which he was being taken to India berthed at Marseilles, France, on July 8, 1910. Savarkar wriggled out of the porthole and swam a great distance in the cold water to reach the shore. He had earlier told his friends, including Madam Bhikaji Cama, to meet him at Marseilles, but they arrived late and the British recaptured him. He was tried, and on December 24, 1910, sentenced to 50 years in prison. On July 4, 1911, he was sent to Port Blair’s Cellular Jail. Savarkar was sentenced to rigorous imprisonment and was placed in solitary confinement

In 1920, Vithalbhai Patel — Vallabhbhai Patel’s elder brother — demanded Savarkar’s release, a demand also backed by Gandhi and Nehru. On May 2, 1921, Savarkar was shifted from the Cellular Jail, first to the Alipore Jail in Bengal and then to Ratnagiri Jail in western Maharashtra. While in Ratnagiri Jail, Savarkar wrote Hindutva which was smuggled out and published under the pen-name “Maharatta.” On his release, Savarkar founded the Ratnagiri Hindu Sabha on January 23, 1924 which aimed to preserve India’s ancient culture and work for social welfare. 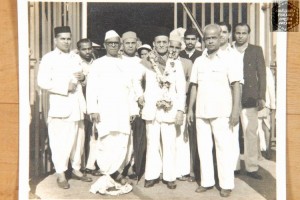 He was released on January 6, 1924 on the condition that he would not leave Ratnagiri district. He became active in the Hindu Mahasabha, founded in 1915, which sought to protect the interests of Hindus. Veer Savarkar founded the Ratnagiri Hindu Sabha on January 23, 1924 that aimed to preserve India’s ancient culture and work for social welfare. In 1937, he became president of the Hindu Mahasabha, and remained in the post till 1943. On August 15, 1947, Savarkar proudly unfurled the national flag along with the saffron flag of the Mahasabha. Savarkar agreed to join hands with the Congress in support of Gandhi’s Quit India movement as long as the Congress did not compromise the unity of the nation to the Muslim League. “The Quit India Movement must not end in a Split India Movement!” he thundered on a BBC broadcast of his speech.