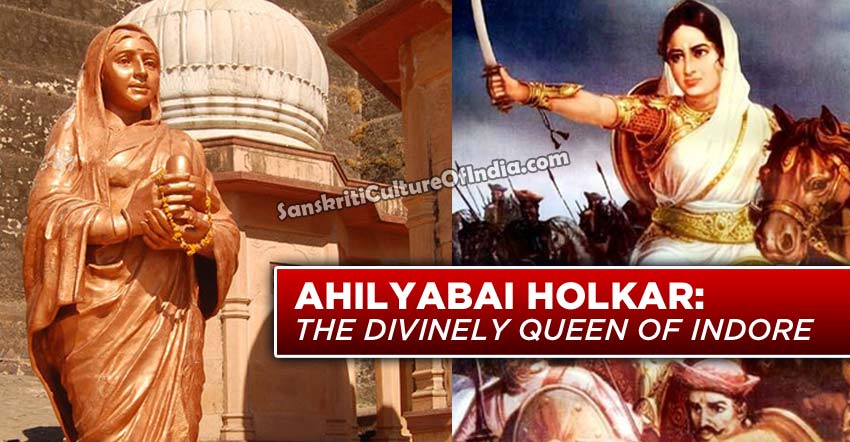 Western scholarship has generally painted a picture of Hindu society in which women have forever been secluded from public life. This view has penetrated widely into the public mind, and has even been internalised by many Hindus. Yet if fails to take into consideration many facts. For example, that women in much of India got the right to vote before women in Britain, that female saints were amongst the composers of the Vedas, that in some parts of India property has traditionally been passed down to the women in the family rather than to the men, or the fact that Hinduism is the only religion that could conceive of the Supreme Being as being female.

While it is true that there have been many problems for women in Hindu society, the same can be said for all societies in the world. There are many great women in Hindu history who have achieved great renown for their deeds in many spheres of life, who are remembered fondly by all Hindus, not as rebels who went against the norms of society, but as ideals that should inspire all people.

Ahalyabai Holkar is one such figure. She is fondly remembered as a noble, saintly and courageous woman. She ruled the kingdom of Indore (which was then part of the wider Maratha Empire) for several decades. Her rule is remembered as a golden age in Indore’s history.

From an agricultural background herself, she married Khanderav, prince of Indore. Thereafter, she resided in the Royal Palace. Later, she was trained in statecraft and accompanied the army to war on many occasions. At that time the Maratha Empire (which was founded by Shivaji) was at the apex of its power. There were frequent battles and skirmishes, both against foreigners as well as internal feuds. In one such battle in 1754, Ahalyabai’s husband was killed. Her aged father-in-law was shattered at the death of his son. He summoned Ahalyabai, who he loved deeply, and said: “You are now my son. I wish that you look after my kingdom.”

On taking control of Indore, she declared, “This kingdom belongs to Shankar (Shiva). On behalf of Shankar I will do my duty to manage the affairs for the benefit of the people.” She lived a very simple life. Instead of living in the palace she preferred to live on the banks of the River Narmada at the pilgrimage site called “Maheshwar”. Very few rulers in history have demonstrated such a lifestyle in which they give up all royal comforts but at the same time carried on their job very well.

In 1766 the kingdom passed to Ahalyabai’s son. He is remembered as being an unworthy ruler – addicted to vice and at times cruel. At any rate, he died young and once again Ahalyabai resumed control of the kingdom’s affairs. Soon the kingdom became very prosperous. This attracted the envy of many. The supreme ruler of the Empire, Peshwa Raghoba, was instigated by one of Ahalyabai’s own ministers to confiscate the excess wealth of Indore. Ahalyabai pointed out to him that under the agreements that existed the wealth of the treasury was supposed to be for the well being of her subjects or for charitable purposes. The Peshwa was infuriated that she defied him, and threatened military action. She in turn challenged him to come and meet her on the battlefield. She gathered a small force, which included many women, and set out to fight. A message was sent to the Peshwa: “Now I will show you how weak I am. If I lose fighting against men I will have lost nothing. But if you lose against women then you will be in the soup! And remember, that is exactly what will happen.”

The Peshwa had a change of heart. He said, “You have misunderstood. I do not come to fight, but to mourn your son’s death.” He ended up staying as Ahalyabai’s guest for a month and was thoroughly impressed at the skill with which she ruled. For example, she had greatly reduced crime and theft, by encouraging poor people to get involved in trade and farming. She employed forest tribes to be the protectors of travelling merchants; a job for which they were paid handsomely provided it was performed well. She spent wealth on projects such as construction of roads, wells, dharamshalas (resthouses) and mandirs (temples). She even contributed to projects outside her dominion, particularly the restoration of ancient Hindu shrines that had been destroyed by Islamic invaders. Two famous examples were the Vishnupad Mandir in Gaya and the Somnath Mandir in Gujarat. Every day she distributed food and clothes to the poor and to holy men and women. She would personally see any citizen who wished to lodge a complaint, whether it was a poor peasant or a rich merchant. Her success in administration stands out in contrast with most other important Hindu rulers of the time who were involved in petty feuds, and were not discharging their duties fully.

Ahalyabai’s humility was one of her outstanding characteristics. Considering her achievements, she had every reason to become arrogant, a common trait in many otherwise great men and women. But quite the opposite. A court-poet once compiled a book of poems praising Ahalyabai. She had the book thrown into a river! The reason was that she did not want to receive all these eloquent praises. She just wanted to discharge her duties.

At the age of 70 Ahalyabai passed away in Rameshwar. Her life shines brightly in the firmament of history, for ruling her kingdom with piety and selflessness; sincerely devoting herself to her subjects while keeping Dharma at the forefront of all that she did. Her life will be an inspiration for future generations of Hindus.

Sardar Patel: The PM of India who never was
A chilling portrait of India’s forgotten holocaust
Comment