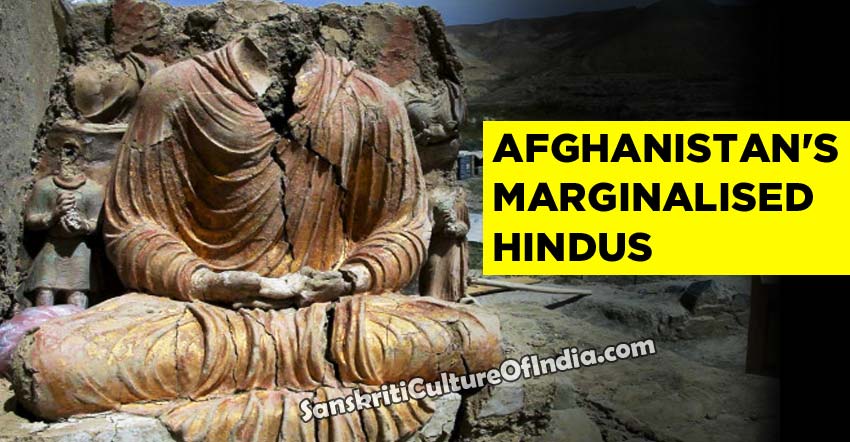 Despite its long history in the country, Afghanistan’s Hindu minority has been pushed to the fringes of society.

Perhaps Radha wasn’t the most beautiful girl in Afghanistan. But such were this Hindu girl’s looks and kindness that all of Kabul’s bachelors fell in love with her. Her fame was such that the people of Kabul composed a famous song for her. The song says: “We have made Lala promise not to cremate Radha”. Nearly 80 years later, this song is still sung in Afghanistan. Lala, meaning brother, is the term Afghans use to refer to Hindus. In the song, the people ask Lala not to cremate Radha’s beautiful body after her death, as is required by Hindu tradition. 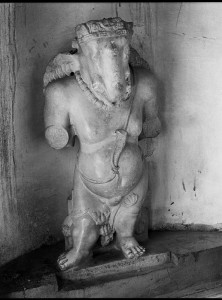 During the reign of King Amanullah Khan (1919-1928) Radha’s father, Ranji Das, was finance minister, a role that had long been filled by the Hindus of Afghanistan. But the growth of religious fundamentalism has now pushed the Hindus out of government offices, forcing them into the bazaars. It is now many years since a Hindu held a government post in the country. But they are still running a major part of the Afghan bazaars, and come second in trading medical products.

Overlooking Kabul is a mountain called Asmayi. The name is apparently a Hindu term, deriving from the godess Asha. Today, the mountain has become the largest pilgrimage centre for Hindu worshippers. According to a Hindu tale, an eternal fire burns at the summit of Asmayi, a fire which has refused to die out for 4000 years. There are two other centres of worship in Kabul, the Harshari Natha temple in Kabul’s Baghban Kucha, and the Shorbazaar Temple. These are Kabul’s oldest temples, where Hindus celebrate divali and naradatar. They are also the meeting places of the Sikh and Hindu religious associations. In addition to these, Kabul today has many other newer and larger temples scattered in different parts of the city.

According to Professor Rajesh Kochhar‘s book, The Vedic People, Afghanistan is one of the oldest Hindu centres of the world. Kochhar says that a large part of Rigveda was written in Afghanistan, with Helmand and Arghandab being mentioned as sacred rivers in both the Rigveda and Mahabharata. The Surya temple, dedicated to the god of sun, and the Yogi of Panjshir, which represents a worshipper turned into stone, north of Kabul, are both ancient Hindu sites. And yet, if foreigners were to travel to Afghanistan today, they would encounter so few Hindus that they would assume the Hindus are either from elsewhere or recent immigrants. They would encounter a community that is neither playing its part in politics nor getting involved with the rest of the world.

Hindus are clearly among the oldest inhabitants of Afghanistan. They are the native people, whom Islamic fundamentalism has turned into unprotected strangers. Strangers, who this year found themselves forced to argue for days with Muslims in the centre of Kabul in order to be allowed to cremate their dead in line with their tradition. Strangers who never dare to send their children to school for fear of mockery.

In February 2001, during the Taliban’s reign, Hindus found themselves forced to wear a distinguishing yellow stripe on their arm. Even though the Taliban have been removed, Abdurrab Rasul Sayyaf, presently an MP in Karzai’s administration, has expressed a similar opinion on TV:

The Sikhs and Hindus of Afghanistan are considered part of the dhimmi in line with sharia law. The government has an obligation to protect them but they are required to pay a poll tax. They can hold civilian occupations, such as doctors, but they cannot be in charge of a governmental body or office. Upon meeting a Muslim, a Hindu is required to greet the Muslim first. If a Muslim is standing and there is a chair, the Hindu is not allowed to sit down on the chair.

According to MP Anarkali Honaryar, a representative of Sikhs and Hindus in the Afghan parliament, the majority of the country’s 200,000 Sikhs and Hindus are now living abroad, and the number of people leaving Afghanistan for India, Europe and or Pakistan grows by the day.

Friends of Afghanistan’s cultural heritage increasingly fear that these ancient inhabitants of the country might one day meet with the same fate of other peoples of Afghanistan, including Jews and Buddhists, and so vanish from the the country altogether.