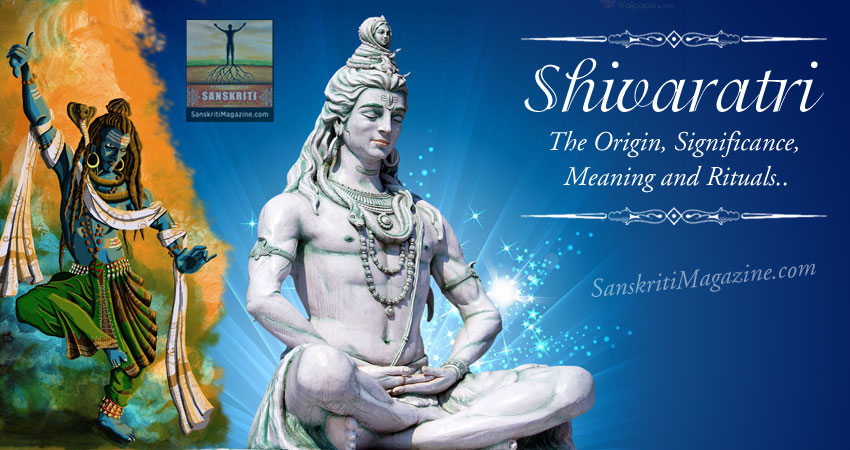 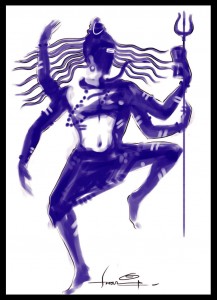 Maha Shivaratri literally means the great night of Shiva or the night of Shiva, one of the Gods in the Hindu Trinity. It is celebrated every year on the 13th night/14th day of the Maagha or Phalguna month of the Hindu calendar, this year it falls today.

In the trinity of gods – Brahma, Vishnu and Shiva – Lord Shiva is the one who destroys that which is old and impure in order to make room for a new creation of that which is pure and divine. Lord Shiva annihilates our egos, our attachments and our ignorance. Many fear Lord Shiva’s destructive capacity, and yet it is destruction for the purpose of regeneration. Without death, life cannot begin anew. Without the annihilation of old habits, attachments and ego, we cannot progress toward the goal of God realization. Unless our “vessel” has been emptied of all that is old, negative and impure, it cannot be filled with divine qualities.

According to the Puranas, during the great mythical churning of the ocean called Samudra Manthan, a pot of poison emerged from the ocean. The gods and the demons were terrified as it could destroy the entire world. When they ran to Shiva for help, he in order to protect the world, drank the deadly poison but held it in his throat instead of swallowing it. This turned his throat blue, and since then he came to be known as ‘Nilkantha’, the blue-throated one. Shivratri celebrates this event by which Shiva saved the world.

A Festival Significant for Women:

Shivratri is considered especially auspicious for women. Married women pray for the well being of their husbands and sons, while unmarried women pray for an ideal husband like Shiva, who is the spouse of Kali, Parvati and Durga. But generally it is believed that anyone who utters the name of Shiva during Shivratri with pure devotion is freed from all sins. He or she reaches the abode of Shiva and is liberated from the cycle of birth and death.

On the day of Shivratri, a three-tiered platform is built around a fire. The topmost plank represents ‘swargaloka’ (heaven), the middle one ‘antarikshaloka’ (space) and the bottom one ‘bhuloka’ (earth). Eleven ‘kalash’ or urns, are kept on the ‘swargaloka’ plank symbolizing the 11 manifestations of the ‘Rudra’ or destructive Shiva. These are decorated with the leaves of ‘bilva’ or ‘bael’ (Aegle marmelos) and mango atop a coconut representing the head of Shiva. The uncut shank of the coconut symbolizes his tangled hair and the three spots on the fruit Shiva’s three eyes.

1. The absolute formless God, Sadashiv appeared in the form of “Lingodbhav Moorti” exactly at midnight on Maha Shivratri. That is why all Shiva devotees keep vigil during the night of Shivratri and do “Shivlingam abhishekham”  at midnight.

2. Lord Shiva was married to Devi Parvati on Shivratri. Remember Shiva minus Parvati is pure ‘Nirgun Brahman’. With his illusive power, (Maya, Parvati) He becomes the “Sagun Brahman” for the purpose of the pious devotion of his devotees. 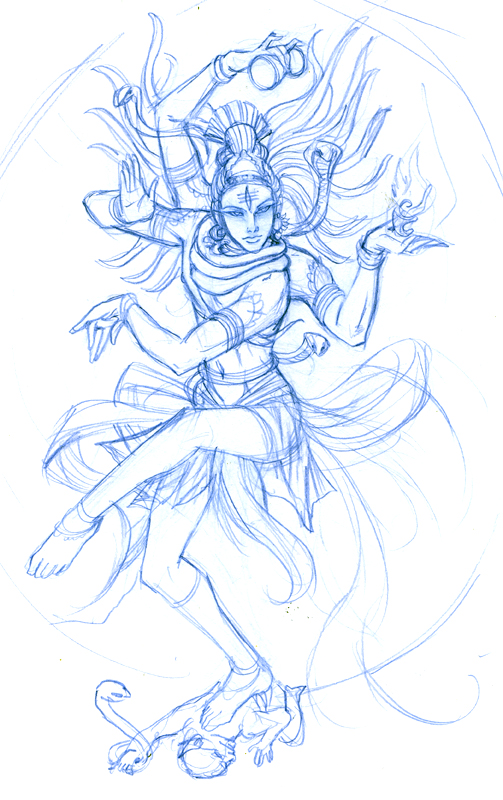 3. It is also believed that on Shivratri, Lord Shiva became ‘Neelkantham’ or the blue-throated by swallowing the deadly poison that came up during the churning of “Kshir Sagar” or the milky ocean. The poison was so deadly that even a drop in His stomach, which represents the universe, would have annihilated the entire world. Hence, He held it in His neck, which turned blue due to the effect of poison. Shivratri is therefore also a day of thanksgiving to the Lord for protecting us from annihilation.

The 14th shloka of Shivmahimna Stotra says: “O three eyed Lord, when the poison came up through the churning of the ocean by the gods and demons, they were all aghast with fear as if the untimely end of all creation was imminent. In your kindness, you drank all the poison that still makes your throat blue. O Lord, even this blue mark does but increase your glory. What is apparently a blemish becomes an ornament in one intent on ridding the world of fear.”

Very early morning, Shiva temples are flocked by devotees, young and old, who come to perform the traditional Shivalinga worship (puja) and hence hope for favours from the god. Devotees bathe at sunrise, preferably in the Ganga, or any other holy water source (like the Shiva Sagartank at Khajurao). This is a rite of purification, which is an important part of all Hindu festivals. Wearing clean clothing after the holy bath, worshippers carry pots of water to the temple to bathe the Shivalinga. Women and men both offer prayers to the sun, Vishnu and Shiva. The temple reverberates with the sound of bells and shouts of “Shankerji ki Jai” meaning ‘Hail Shiva’. Devotees circumambulate the ling three or seven times, and then pour water over it. Some also pour milk over it.

According to the Shiva Purana, the Maha Shivaratri worship must incorporate six items:

Tripundra refers to the three horizontal stripes of holy ash applied to the forehead by worshipers of Lord Shiva. These stripes symbolise spiritual knowledge, purity and penance (spiritual practice of Yoga). They also represent the three eyes of Lord Shiva.

Wearing a mala (rosary) made from the rudraksha seeds of the rudraksha tree (said to have sprung from the tears of Lord Shiva) when worshiping Lord Shiva is ideal. A rudraksha seed is mahogany-like color, or could sometimes be black. They might also have traces of sacred sandalwood powder, turmeric, kumkum, or holy ash if the rosary is used in worship ceremonies or annointations.