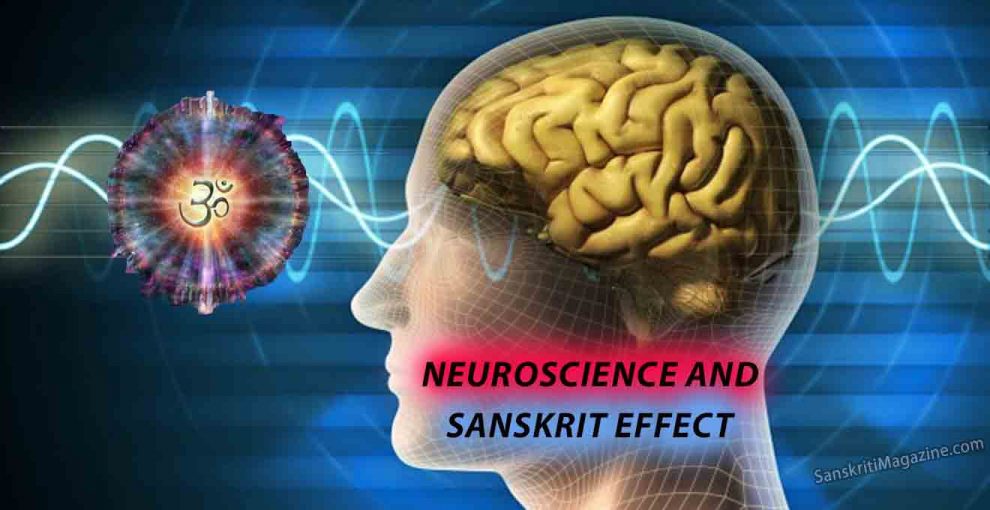 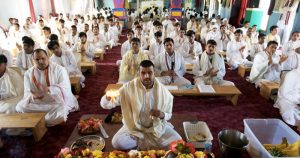 Considerable excitement has been triggered globally due to a recent research reported by Dr James Hartzell in the journal Scientific American. This neuroscientist has coined the term “The Sanskrit effect.” .

“I spent many years studying and translating Sanskrit, and became fascinated by its apparent impact on mind and memory. In India’s ancient learning methods textual memorization is standard: traditional scholars, or pandits, master many different types of Sanskrit poetry and prose texts; and the tradition holds that exactly memorizing and reciting the ancient words and phrases, known as mantras, enhances both memory and thinking.

I had also noticed that the more Sanskrit I studied and translated, the better my verbal memory seemed to become. Fellow students and teachers often remarked on my ability to exactly repeat lecturers’ own sentences when asking them questions in class. Other translators of Sanskrit told me of similar cognitive shifts. So I was curious: was there actually a language-specific “Sanskrit effect” as claimed by the tradition?”

The research project was done based on this context and the findings show that memorising Vedic mantras increases the size of brain regions associated with cognitive function such as memory (both short-term and long-term). He writes in his report that Indian tradition holds that rigorously memorising and reciting mantras enhances memory and thinking.

In order to test this idea, Hartzell (and his colleagues from the University of Trento in Italy) teamed up with Dr Tanmay Nath and Dr Nandini Chatterjee Singh of the National Brain Research Centre (NBRC) at Manesar in Haryana. They chose to study 42 volunteers — 21 professionally qualified Sanskrit Pandits (aged around 22) who have been trained full-time daily for 7 years (total of over 10,000 hrs) in their childhood reciting the Shukla Yajurveda. These Pandits were recruited from Vedic Pandit schools in Delhi. As control, they chose 21 age-matched males, students from a nearby college.

The brains of all the 42 participants were examined using the method called structural magnetic resonance, with the magnetic resonance imaging instrument at NBRC. This method allows the study of the size and shape of individual parts of brain. The so called grey matter (GM) of the brain is a region full of neuronal cells, and contains areas involved in muscle control, sensory perception, memory, emotions, speech and decision making. And connected it to it is white matter (WM) — bundles of nerve cells that carry signals to GM. The hippocampus is a small organ located within the central region of the brain, and it registers and regulates emotions associated with memory (particularly long-term memory) and has front and back sections. The back part appears associated with better memory and supports recollection of memory. And the cortex, which is the outermost layer surrounding the brain (essentially a cover or envelope), with its tightly packed nerve cells, is responsible for higher thought processes such as decision making.

The Indo-Italian team analysed the brain regions of the 21 Pandits and 21 control volunteers and found some remarkable differences between the two. They found the grey matter in Pandits to be denser and the cortex thicker than in ‘controls’, and the hippocampus regions, associated with long- and short-term memory was more pronounced.

Indeed, a similar experiment, again using Vedic Pandits (this time in Houston, TX, USA), was done earlier by Dr Giridhar Kalamangalam and T. M. Ellmore (accessible free in Frontiers in Human Neuroscience, 2014 Oct 20), and they too noted thicker cortex in the Pandits than in controls.

Importantly, these changes in the brain are not temporary but stay for long. That means that the power of memory, decision making, sensory perception and such would last longer in those who were trained earlier.

Based on these many countries are incorporating Sanskrit Chanting in School curriculum. 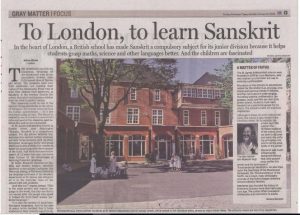