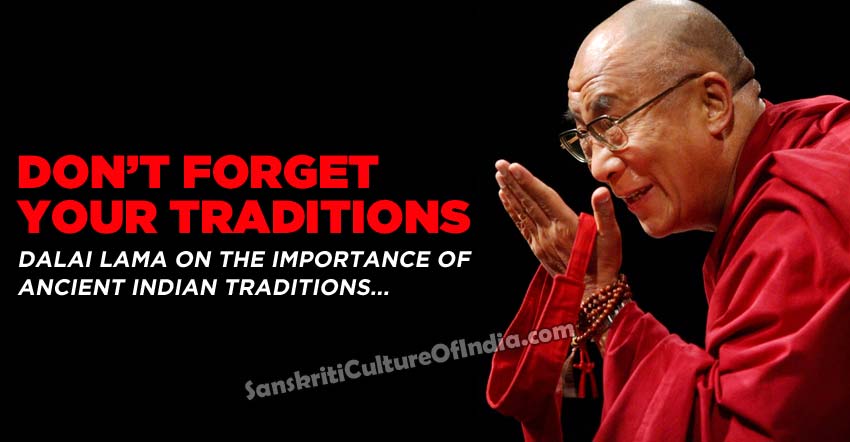 Tibetan spiritual leader, the Dalai Lama, has urged Indians not to neglect their ancient tradition, as it is a source of rich information about emotion and mind that the world needs.

The Dalai Lama suggested it should be a part of learning.

“While you are studying or learning or training, as an Indian you should not neglect about thousand-year-old your tradition. That is very-very important. Now it has become quite clear, ancient Indian thoughts is a source of rich information about emotion and about mind. That’s what whole world needs,” he said in the town of Bylakuppe on Friday.

He added that modern science is incomplete without including ancient Indian thoughts.

“Something is lacking there, ancient Indian knowledge can be very useful to fill that. Then modern science truly becomes complete form of science,” added the Dalai Lama.

The Dalai Lama, who is based in India since 1959, says he is merely seeking greater autonomy for Tibet.

Many Tibetans say Chinese rule has eroded their culture and religion. They are agitating for the Dalai Lama’s return from exile in India, and genuine autonomy for their homeland.

China denies trampling Tibetan rights and boasts of having brought development and prosperity to the region.