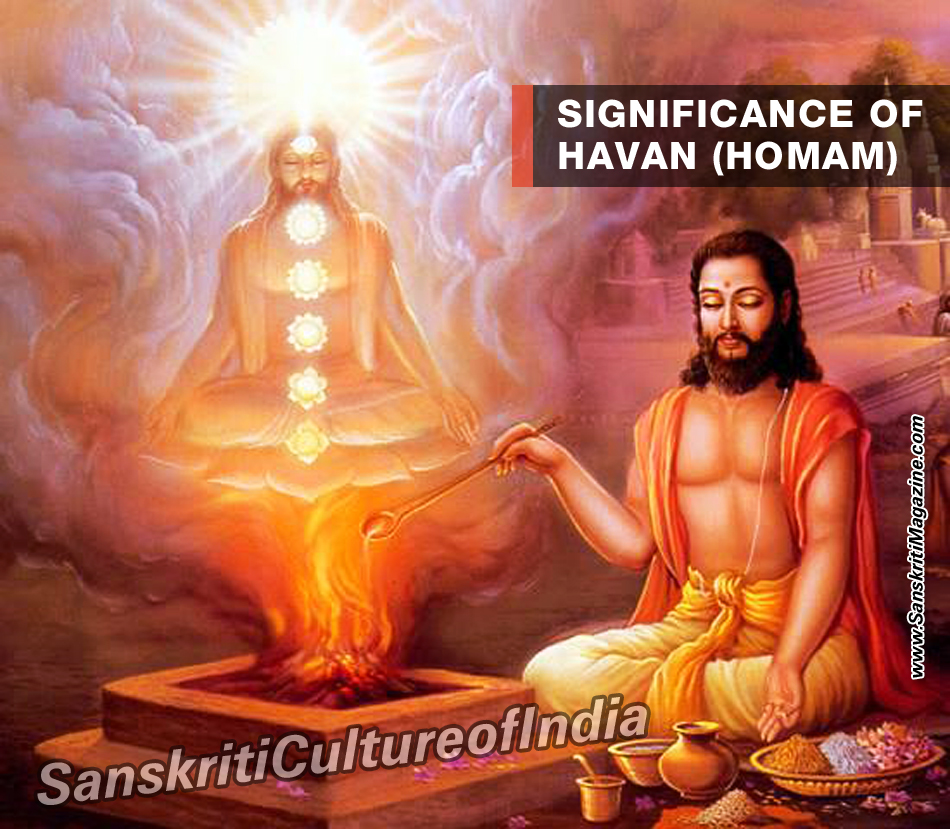 Hinduism- the oldest living religion in the world- strongly believes in eradicating inner as well as outer imperfections by destroying undesirable elements and enriching positive energies in the environment.

To attain the goal of energizing and protecting the inner self and environment, Hinduism has given a significant place to havan/ homam, which is said to be created by Lord Brahma for man’s livelihood & the attainment of his desires.

Havan is a sacred purifying ritual performed by Hindu pundits in temples, homes and working places by involving a sacred fire, Agni God because Hinduism is well aware of the fact that the Sun is the main source of energy and a fire is a representation of the Sun’s energy. As per ancient Hindu texts on havans, any offering to Fire (Agni God) is actually an offering to the Sun. Offerings such as ghee, rice, dry fruits, honey, herbs, wood etc are offered to the sacred fire while reciting Sanskrit mantras.

Agnihotra Effect on Bacterial Population:  A preliminary experiment was carried out to study the effect of Agnihotra on the bacterial population in a room where Agnihotra was performed. For this study, two rooms of equal dimensions (13¼’ x 8’ x 11’) were selected. In both rooms fire was prepared from dried cowdung cakes in copper pyramids and the basal reading of number of microorganisms in both the rooms was taken by exposing blood agar plates at four corners of the room for 10 minutes. This was done exactly half an hour before Agnihotra time. Agnihotra was performed exactly at sunset in one of the rooms. Bacterial counts were taken again in both the rooms in a similar manner at half hour intervals. Thus readings were taken in both the rooms up to two hours after performance of Agnihotra. It was quite interesting to note that microbial counts in the room where Agnihotra was performed were reduced by 91.4% whereas the room where only fire was generated did not show appreciable changes in the microbial counts. This leads one to think that it was the process of Agnihotra which was responsible for the reduction of bacterial counts and not the mere presence of fire.

Two other similar experiments revealed similar findings. The phenomenon could be explained by giving two reasons:

– Agnihotra fumes are rich in formaldehyde and other substances which have inhibitory effect on microorganisms.

– A phenomenon like smog formation and its diffusion in the upper strata might be a likely postulation.

In the regions of North and South poles, many times, carbon particles accumulate to form a layer called “smog”. When fire is lit the hot currents push the smog into the upper strata and it is diffused in such a way that the carbon particles are no longer harmful in the residual concentration. In the present study perhaps
Agnihotra fumes might have dissociated the microorganisms in such a way that the residual population was no more harmful and was well within tolerable limit to human beings.

Why we don’t touch books and people with feet?
The Mangalsutra Necklace
Comment