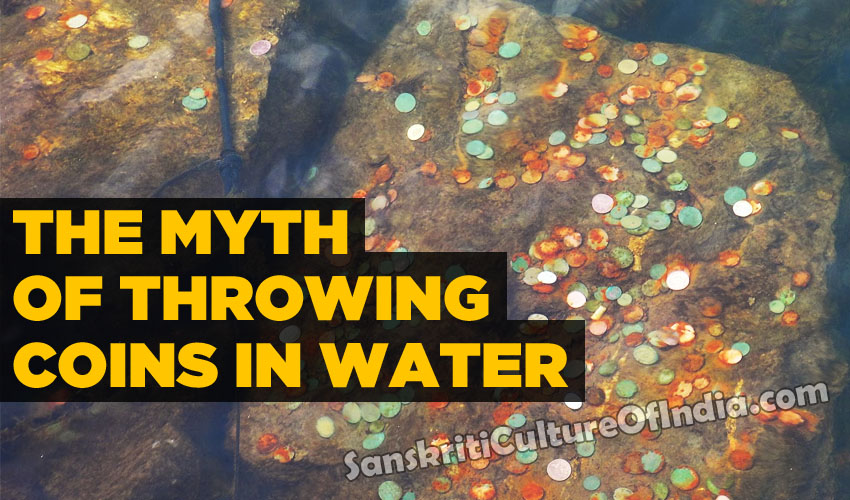 It is a very common practice in India to throw coins in the river, especially in religious places without a second thought. As a custom that has been followed for centuries, the real meaning behind this simple act has mostly been long forgotten. Some think throwing the coin brings Goddess of Wealth, Lakshmi into their lives.

Perhaps there is another reason apart from receiving good luck ?

In ancient India, most civilizations flourished near rivers and were a significant source of fresh water. The livelihood of people depended on these rivers, such as agriculture, irrigation, drinking, etc. and these rivers were considered sacred and worshiped.

As the rivers were the only source of water at the time, having clean water was essential for survival. Most currencies used then were made of copper, an element required by human body to maintain health. Once thrown in the river, copper would slowly dissolve in the water and the person drinking it would have sufficient intake of the metal in their body for optimization of the metal.

Copper also pulled down all the dirt in the river, allowing clean and fresh water to flow freely on top.

Although present day currencies no longer have copper in them, the age old custom of throwing coins in the river still continues till today.

As an end-note to this thought, are you getting enough copper intake in your body?

Why do we do parikrama (go around) deity idols or temples

Agnihotra Homam and Radioactivity
Why women cover their head in sacred places?
Comment