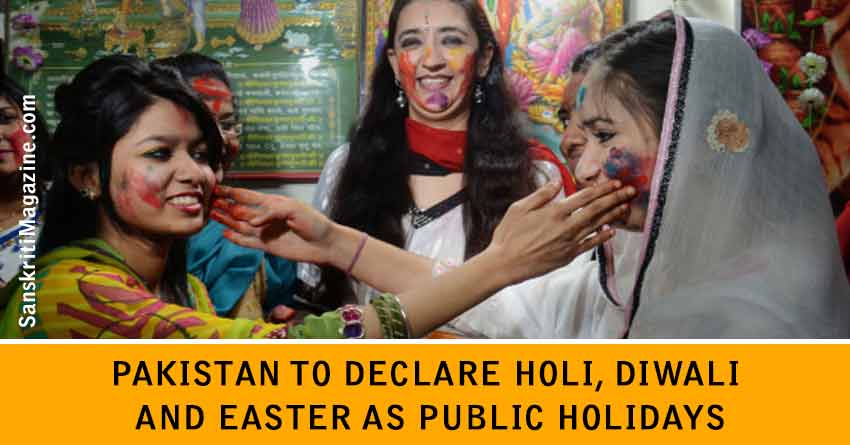 The Pakistan National Assembly on Tuesday passed a resolution to take steps to declare Holi, Diwali and Easter as holidays for minorities in the country.

“This house is of the opinion that government should take steps to declare Holi, Diwali and Easter as closed holidays for minorities,” read the resolution moved by Pakistan Muslim League-Nawaz lawmaker Ramesh Kumar Vankwani.

The interior ministry has already given permission to heads of federal organisations, departments, and institutions to grant leave to minorities on their religious festivals, State Minister for Religious Affairs Pir Aminul Hasnat Shah told the house.

If the government adheres to the resolution – which it is expected to – the interior ministry will issue a notification declaring the holidays.

Meanwhile, Federal Minister for Laws and Justice Pervaiz Rashid said that although he was not opposing the resolution, the number of holidays in Pakistan are more than any other country and the resolution should be reconsidered.