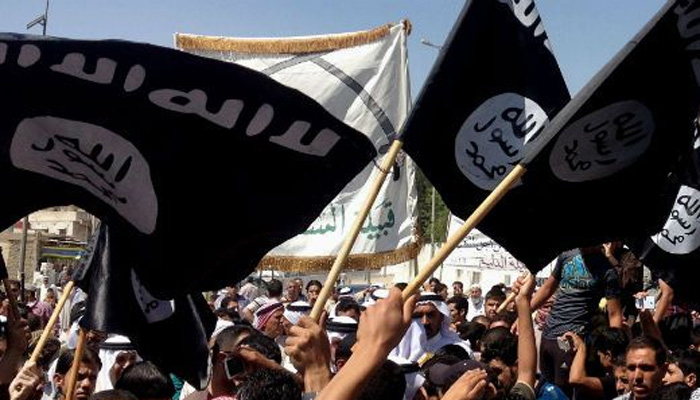 KOZHIKODE/KASARGOD: The Islamic State (IS) module in Kerala suffered a major setback as three of its recruits were reportedly killed in a US air strike in Afghanistan. According to reports, Shihaz Rahman, 30, of Padna in Kasargod, his wife Ajmala, 24, the couple’s one-year-old child, and Mohammed Mansad, 28, from Elambachi in Trikaripur, were killed in the air strike. Ajmala was pregnant when she, along with 20 others including Shihaz, left Kerala in 2016 to join the IS in Syria. State police chief Loknath Behera told ‘Express’ that the police had received unconfirmed reports on Friday about the death of the four Malayalis.

“We are verifying the details. It’s really hard to confirm the reports. We received the details through informal channels,” he said. Police officers said the family members of the deceased used to get updates through Telegram messaging app. “We will be collecting details from the family members to verify whether they have received any messages confirming the deaths,” the officers said. When Express contacted Shihaz’s family, his mother said she was unaware of any such news. “No one has informed us till now, nor has anyone from there (Afghanistan) sent us any message,” she said.

Usually, Asfaq Majeed, a cousin of Shihaz and a key member of the group, keeps the relatives back home posted on the situation via Telegram. “This time, he hasn’t sent any message,” said a family member. Shihaz was an MBA graduate working as a manager at a school when he joined the IS.

At the time of leaving, Rifaila and Ajmala were pregnant.Ijaz’s father Abdul Rahman had then told ‘Express’ that his daughters-in-law were highly qualified and his sons might have tricked them into joining the IS.

Mansad, the son of an auto driver, was a graduate in computer applications. He worked at a couple of computer centres in Payyannur, before leaving for Syria.With this, nine members of the close-knit group led by Abdul Rasheed of Padna have reportedly been killed in Afghanistan. Earlier, Majeed had confirmed the deaths of Firoz Khan, 24, and Marwan Ismail, 23, of Trikaripur, T K Hafeesuddin of Padna, Yahiya of Palakkad, and Mursheed Ahmed, 25, of Padna.In June 2017, sources close to the families confirmed the death of Shajeer Mangalasseri Abdulla, 35, believed to be the kingpin of the IS module in Kerala. They said he was killed in an air strike in Afghanistan.