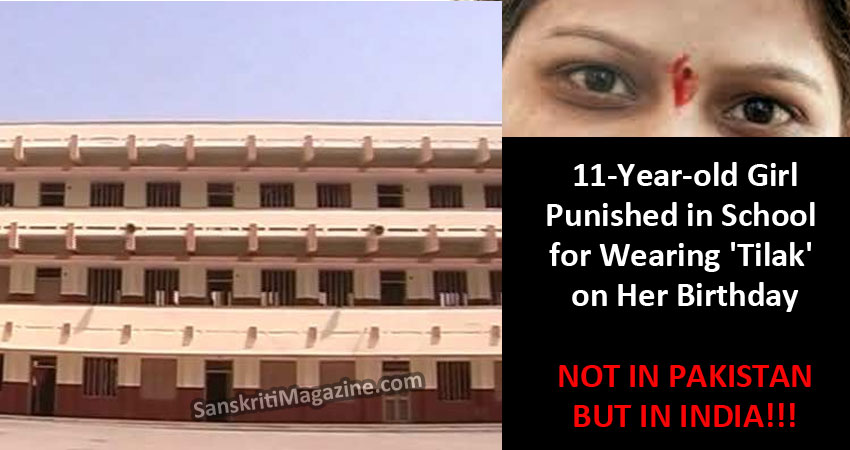 SECUNDERABAD:  An 11-year-old girl in Telangana was made to stand for two hours outside her school principal’s room as punishment for wearing a “tilak” on her birthday.

The child, a student of St Ann School in Tarnaka area of Secunderabad was so badly affected by the incident that she refused to go to school, her parents have complained to the state human rights commission.

The girl was allegedly ordered to stand outside principal Sally Joseph’s room on Tuesday and her mother was summoned. The principal berated the child for wearing a “tilak and hairpins” to school. Ms Joseph allegedly refused to listen to the mother’s explanation that the child had gone to a temple for her birthday and that is why a holy mark was smeared on her forehead.”The headmistress did not listen to my wife and daughter and tried to issue a transfer certificate to my daughter,” the father said in his letter to the rights body. He alleged that the principal said, “She must remember this on every birthday.”

The state education department has been asked by the rights body for a report by April 9.

Avijit Roy, a US Blogger hacked to death in Dhaka by Muslim extremist scums
Homeless Britons are turning to the Sikh community for food
Comment