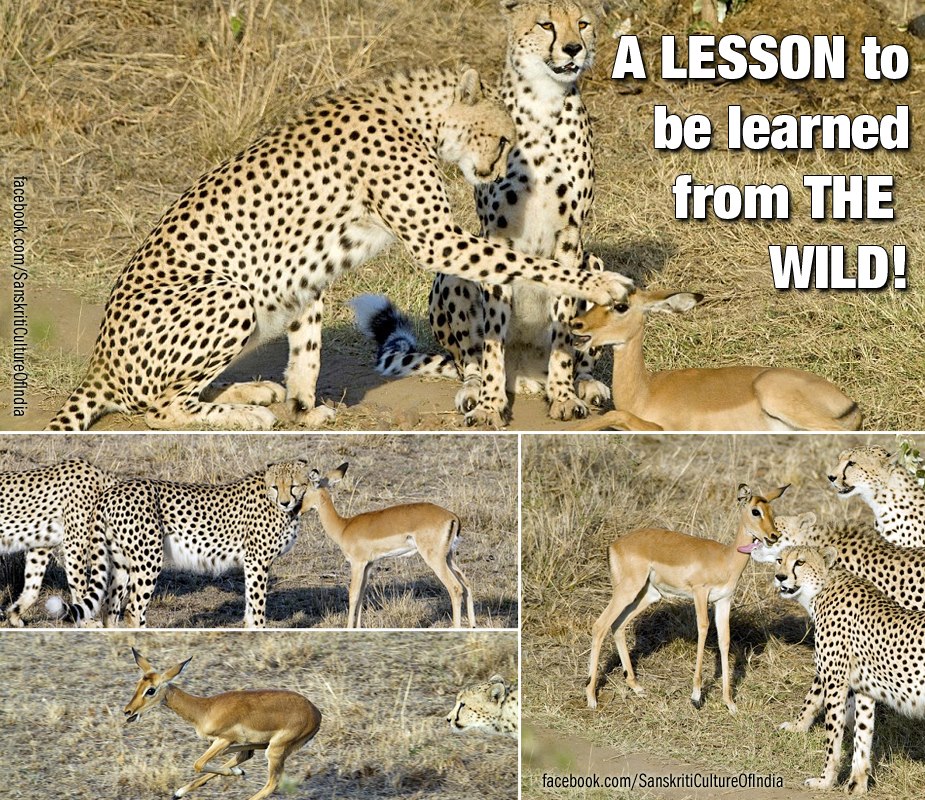 Hello little antelope, would you like to play with us?

Coming from three deadly cheetahs, it’s the kind of invitation that’s best refused – but amazingly, this impala escaped unscathed from its encounter.

Luckily for the youngster, it seems these three male cheetahs simply weren’t hungry.

That’s because unlike other big cats, the cheetah hunts in the daytime, either in the early morning or late afternoon. The bursts of speed needed to catch their prey tire them out – meaning they need to rest after a kill.

And that seems to be the secret to the antelope’s survival, as it’s likely it fell into the cheetahs’ clutches when they were already full – and tired out – from an earlier hunt.

Photographer Michel Denis-Huot, who captured these amazing pictures on safari in Kenya’s Masai Mara in October last year, said he was astounded by what he saw.

‘These three brothers have been living together since they left their mother at about 18 months old,’ he said. ‘On the morning we saw them, they seemed not to be hungry, walking quickly but stopping sometimes to play together.

‘At one point, they met a group of impala who ran away. But one youngster was not quick enough and the brothers caught it easily.’

These extraordinary scenes followed, as the cheetahs played with the young impala the way a domestic cat might play with a ball of string.

‘They knocked it down, but then they lost interest,’ said Michel. ‘For more than 15 minutes, they remained with the young antelope without doing anything other than licking it or putting their paws on the impala’s head.’

Even more extraordinarily, this story has a happy ending – after one tense moment when it looked as though one cheetah would bite the impala on the neck, the youngster ran away.