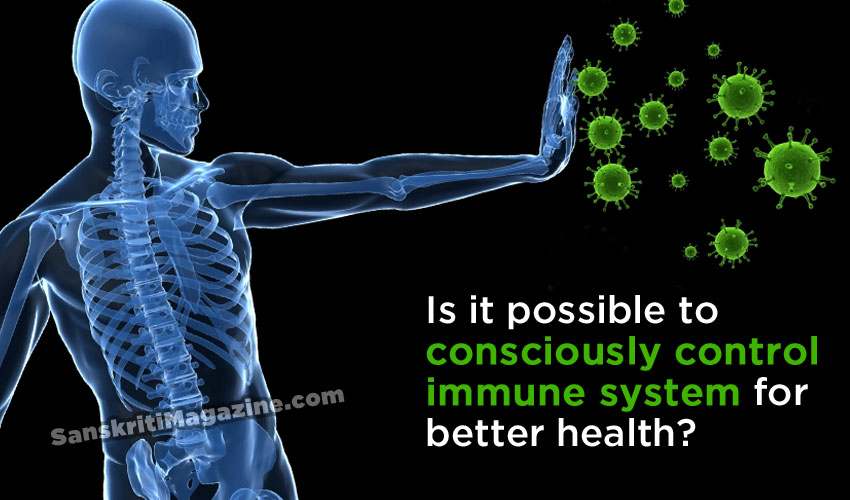 The results of a study conducted with the use of Wim Hof method suggest that a person can learn to consciously control his immune responses.

Wim Hof is a Dutch world record holder who is famous worldwide for his ability to resist cold. For this incredible invulnerability to cold, he was commonly nicknamed “the Iceman”.

Scientists led by Matthijs Kox of the Radboud University Medical Center in Nijmegen, the Netherlands, studied his method, which is somehow similar to the Tibetan Tummo technique (yoga of inner heat) and involves third-eye meditation, breathing exercises and cold exposure, and used it to train 12 volunteers to fend off inflammation.

In the framework of the study, 24 volunteers, including 12 people trained in the Wim Hof method and 12 who did not undergo any training, were subjected to the inflammation test, during which they were injected with a strain of bacteria that provokes flu-like symptoms.

As a result, volunteers who underwent training with Hof method reported fewer and less intense flu-like symptoms than those who did not. At the same time, trained volunteers produced smaller amounts of proteins related to inflammation, and higher levels of interleukin-10, an inflammation-fighting protein.

“Hitherto, both the autonomic nervous system and innate immune system were regarded as systems that cannot be voluntarily influenced. The present study demonstrates that, through practicing techniques learned in a short-term training program, the sympathetic nervous system and immune system can indeed be voluntarily influenced,” writes the scientific journal PNAS, where the study was published.

“Orthodox neurobiologists and orthodox immunologists have been skeptical. They think the study of the interactions between the nervous and immune systems is a ‘field in the shadows’. This study is a nice way to show that link,” said Guiseppe Matarese, an immunologist of the University of Salerno in Italy who was not involved in the study.

Yet, it is not the only scientific study to show that the mind can control the immune system. In particular, Australian scientists came to the conclusion that consciousness is able to influence the intensity of the allergic reaction.

As a part of an experiment, several healthy volunteers had their arms injected with histamine, a substance that plays a major role in many allergic reactions. The experiment was structured so that they thought that the drug was injected in a rubber doll, while a real injection was made in their other arm.

After the experiment, the intensity of the allergic response on both arms of the volunteers was evaluated and compared to the one of the control group who had no rubber doll illusion. As a result, the researchers found that the volunteers who thought that the injection had been given to the doll manifested a much stronger effect of histamine on the arm that had been replaced by the fake one.

“Such a finding is particularly relevant to the immune system because a primary role of the immune system is to discriminate self from non-self,” said Prof Lorimer Moseley, who led the study. “These findings strengthen the argument that the brain exerts some kind of control over specific body parts according to how strongly we own them”.

Both studies show that the immune system can be influenced by the consciousness in many ways, which could mean that our thoughts, beliefs and mood can affect the physical state of our body. Knowing that, you can learn to control your thinking and thus your immune system and health. Focus on the bright side of life, visualize yourself being happy and healthy, meditate every day, and soon you will see positive changes not only in your health but in your whole life!