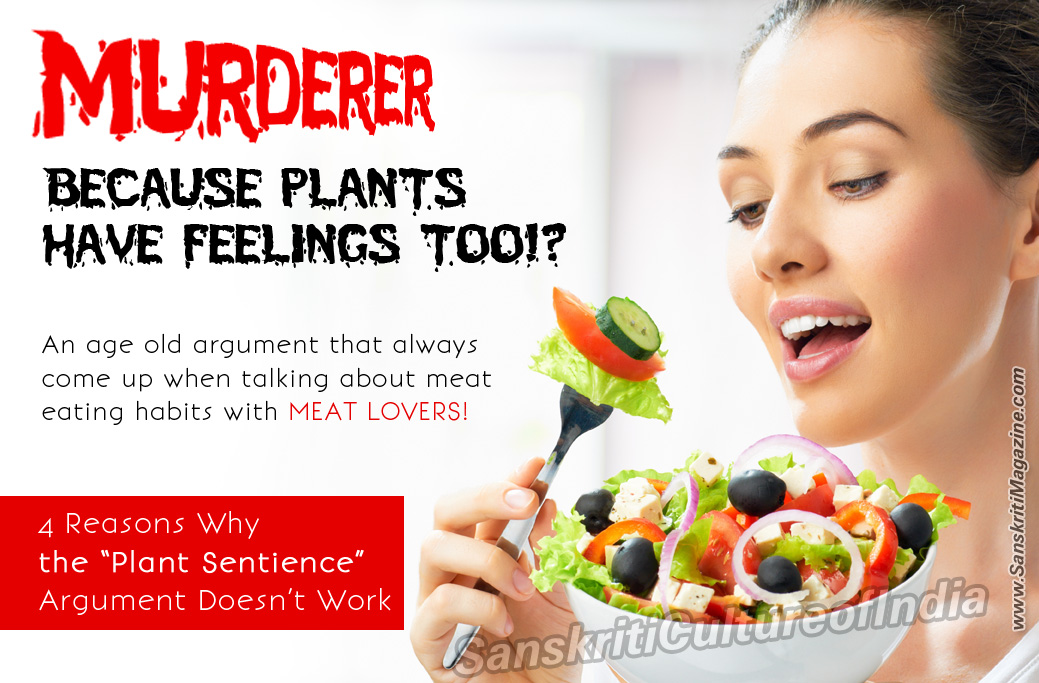 All vegans and vegetarians have heard it: “But what about the plants? What about their feelings? They feel pain, too. Don’t you feel bad for the carrots? You are killing them, you know.”

The issue of plant sentience is being brought up more and more as a reason to justify the continued consumption and use of animal products.  There are, however, a few things wrong with this argument.  Here are four reasons the “plant sentience” argument doesn’t work:

1. Plants are not truly sentient

Though certain scientific studies have shown that plants can react to stimuli, these reactions do not point to sentience because they lack three basic qualifications for requiring sentience:

Plants do not feel pain the way animals do because they have no reason for it.  If a plant had the means to get up and walk away from an area that was too dry, wet or cold, it would make sense for nature to enable the plant to feel pain.  Enabling a living organism to feel pain without the ability for that organism to alleviate that pain is not something done by nature unless by some sort of mutation (i.e.: a creature being born without limbs or with mental or physical disabilities). 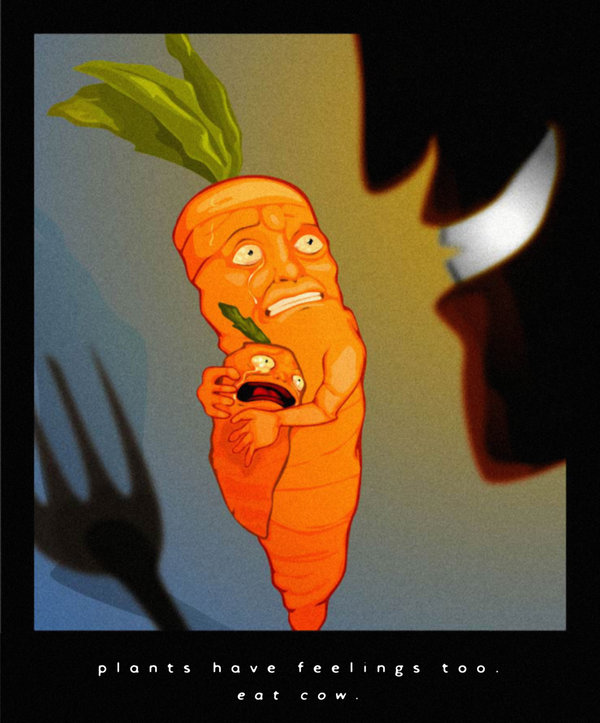 A person who uses the “plants have feelings too” argument is guilty of using the Tu Quoque (You Yourself Do It) logical fallacy.  This fallacy has to do with accusing your critic of being guilty of doing the same thing they accuse you of, even though the two situations being compared are not identical.  For example:

“If a vegan can kill plants, then I have the right to kill to animals.”

As I have illustrated above, plants are not sentient and comparing plant’s reactions to stimuli and animal’s proven sentience is not the same, and this renders your argument fallacious.

Taking the above into consideration, for the sake of argument I will ignore the fact that there are clear biological and ethical differences between killing a plant and killing an animal.  Even if there was hypothetically no difference between the two, it still would not change the fact that two wrongs don’t make a right.  For example, if I were to rob a convenience store would that somehow make it okay for you to steal someone’s car?

Living a lifestyle which includes animal products kills more plants than living a vegan lifestyle because the animals used in these industries are almost exclusively herbivorous (plant-eaters), with many consuming huge amounts of grains, grasses and seeds to be converted into a much smaller amount of meat, dairy and eggs.  Because of this, a non-vegan consumes more plants indirectly than a vegan does directly.  In other words, vegans don’t filter their nutrients through someone else’s digestive system.

Furthermore, animal agriculture is not sustainable and is one of the leading causes of environmental damage, resource depletion, and ecological imbalance, which threatens all plant life, not just the ones consumed by humans.

If you really care about plants, you should go vegan.

4. The possibility of plant sentience does not minimize the reality of animal sentience

The improbable and unproven sentience of plants has no influence on the proven and blatantly obvioussentience of animals.  Regardless of whether you believe that someone mowing the lawn is decapitating thousands of blades of grass, it doesn’t change the fact that animals suffer so long as you continue to consume them.

As discussed above, unlike plants, animals do have reasons to be sentient.