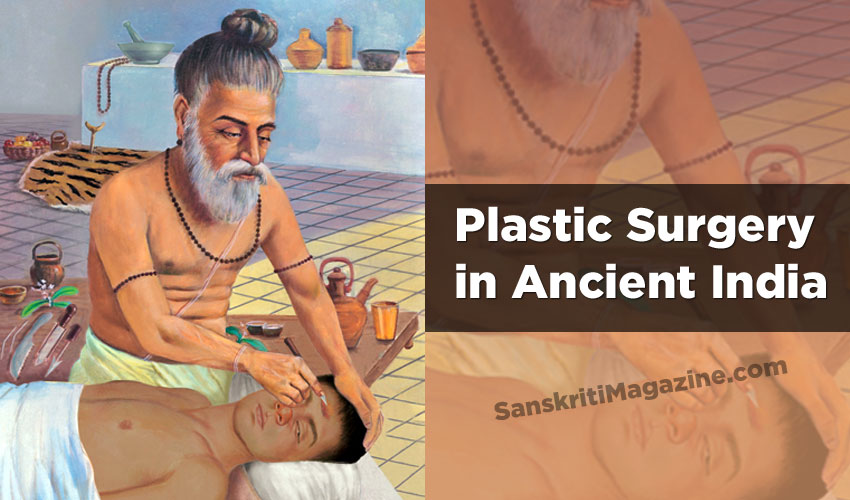 Although many people consider Plastic Surgery as a relatively new specialty, the origin of the plastic surgery had his roots more than 4000 years old in India, back to the Indus River Civilization. The mythico-religious shlokas (hymns) associated with this civilization were compiled in Sanskrit language between 3000 and 1000 B.C. in the form of Vedas, the oldest sacred books of the Hindu religion. This era is referred to as the Vedic period (5000 years B.C) in Indian history during which the the four Vedas, namely the Rigveda, the Samaveda, the Yajurveda, and the Atharvaveda were compiled. All the four Vedas are in the form of shlokas (hymns), verses, incantations and rites in Sanskrit language.  ‘Sushruta Samhita’ is believed to be a part of Atharvaveda.

‘Sushruta Samhita’ (Sushruta’s compendium), which describes the ancient tradition of surgery in Indian medicine is considered as one of the most brilliant gems in Indian medical literature. This treatise contains detailed descriptions of teachings and practice of the great ancient surgeon Sushruta which has considerable surgical knowledge of relevance even today.

The ‘Sushruta Samhita’ contains the major surgical text of the Vedas and is considered to be the most advanced compilation of surgical practices of its time. ‘Sushruta Samhita’ encomprises not only the teaching regarding the plastic surgery but contains composite teachings of the surgery and all the allied branches including midwifery and making it a comprehensive treatise on the entire medical discipline. Sushruta believed that knowledge of both surgery and medicine are essential to constitute a good doctor who otherwise “is like a bird with only one wing.” In fact, Sushruta emphasized in his text that unless one possesses enough knowledge of relevant sister branches of learning, one cannot attain proficiency in one’s own subject of study. According to Sushruta, “Any one, who wishes to acquire a thorough knowledge of anatomy, must prepare a dead body and carefully observe and examine all its parts”. The method of study was to submerge the body in water and allow it to decompose followed by examination of the decomposing body at intervals to study structures, layer by layer, as they got exposed following decomposition. The most important point to note here is that the dissection was performed without using knife.

The exact period of Sushruta is unclear but most scholars put him him between 600 to 1000 BC.  Sushruta lived, taught and practiced his art in the area that corresponds presently to the city of Varanasi (Kashi, Benares) in northern part of India. Varanasi, on the banks of the Ganges is one of the holiest places in India and is also the home of Buddhism and Ayurveda, one of the oldest medical disciplines. The followers of Sushruta were called as Saushrutas. The new student was expected to study for at least 6 years. Before starting his training he had to take a solemn oath, which can be compared to that of Hippocrates.  He taught the surgical skills to his students on various experimental modules, for instance, incision on vegetables (like watermelon, gourd, cucumber etc.), probing on worm eaten wood, preceding present day workshops by more than 2600 years.

This master literature remained preserved for many centuries exclusively in the Sanskrit language which prevented the dissemination. of the knowledge to the west and other parts of the world. Later the original text was lost and the present extant one is believed to be a revision by the Buddhist scholar Vasubandhu (circa AD 360-350). In the eighth century A.D., ‘Sushruta Samhita’ was translated into Arabic as Kitab-Shaw Shoon-a-Hindi and Kitab-i-Susrud. The translation of ‘Sushruta Samhita’ was ordered by the Caliph Mansur (A.D.753 -774).  One of the most important documents in connection with ancient Indian medicine is the Bower Manuscript, a birch-bark medical treatise discovered in Kuchar (in Eastern Turkistan), dated around AD 450 and is housed in the Oxford University library. The first European translation of ‘Sushruta Samhita’ was published by Hessler in Latin and into German by Muller in the early 19th century. The first complete English translation was done by Kaviraj Kunja Lal Bhishagratna in three volumes in 1907 at Calcutta.

The treatise’s insight, accuracy and detail of the surgical descriptions are most impressive. In the book’s 184 chapters, 1,120 conditions are listed, including injuries and illnesses relating to ageing and mental illness. The compendium of Sushruta includes many chapters on the training and practice of surgeons. The Sushruta Samhita describes over 120 surgical instruments,  300 surgical procedures and classifies human surgery in 8 categories.

The ancient surgical science was known as Salya-tantra. Salya-tantra (surgical science) embraces all processes aiming at the removal of factors responsible for producing pain or misery to the body or mind. Salya (salya-surgical instrument) denotes broken parts of an arrow /other sharp weapons while tantra denotes maneuver. The broken parts of the arrows or similar pointed weapons were regarded as the commonest and most dangerous objects causing wounds and requiring surgical treatment. Shushruta has described surgery under eight heads Chedya (excision), Lekhya (scarification), Vedhya (puncturing), Esya (exploration), Ahrya (extraction), Vsraya (evacuation) and Sivya (Suturing). 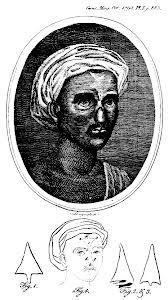 All the basic principles of plastic surgery like planning, precision, haemostasis and perfection find an important place in Sushruta’s writings on this subject. Sushruta described various reconstructive methods or different types of defects like release of the skin for covering small defects, rotation of the flaps to make up for the partial loss and pedicle flaps for covering complete loss of skin from an area.

One of the great highlight of Sushruta’s surgery was the operation of Rhinoplasty. The making of a new nose captured the imagination of the medical world and brought him fame as the originator of plastic surgery. The famous Indian Rhinoplasty (reproduced in the October 1794 issue of the Gentleman’s Magazine of London) is a modification of the ancient Rhinoplasty described by Sushruta in 600 B.C. Even today pedicled forehead flap is referred to as the Indian flap.

Ackernecht has aptly observed – ”There is little doubt that plastic surgery in Europe which flourished in medieval Italy is a direct descendant of classical Indian surgery”.

In describing the method of Rhinoplasty (Nasikasandhana) Sushruta says:

“The portion of the nose to be covered should be first measured with a leaf. Then a piece of skin of the required size should be dissected from the living skin of the cheek, and turned back to cover the nose, keeping a small pedicle attached to the cheek. The part of the nose to which the skin is to be attached should be made raw by cutting the nasal stump with a knife. The physician then should place the skin on the nose and stitch the two parts swiftly, keeping the skin properly elevated by inserting two tubes of eranda (the castor-oil plant) in the position of the nostrils, so that the new nose gets proper shape. The skin thus properly adjusted, it should then be sprinkled with a powder of liquorice, red sandal-wood and barberry plant. Finally, it should be covered with cotton, and clean sesame oil should be constantly applied. When the skin has united and granulated, if the nose is too short or too long, the middle of the flap should be divided and an endeavor made to enlarge or shorten it.” (SS. 1.16).

Speculations have been raised as how, in the absence of anesthetics, the Indian surgeons carried out such major operations. Sushruta writes that “wine should be used before operation to produce insensibility to pain.” He again remarks: “The patient who has been fed, does not faint, and he who is rendered intoxicated, does not feel the pain of the operation.”

Sushruta considered surgery the first and foremost branch of medicine and stated: “Surgery has the superior advantage of producing instantaneous effects by means of surgical instruments and appliances. Hence, it is the highest in value of all the medical tantras. It is eternal and a source of infinite piety, imports fame and opens the gates of Heaven to its votaries. It prolongs the duration of human existence on earth and helps men in successfully fulfilling their missions and earning a decent competence in life.”

Health, according to Sushruta is a state of physical and mental well-being brought about and preserved by the maintenance of humours, good nutrition, proper elimination of waste products and a pleasant harmony of the body and the mind. Sushruta says there can be nothing more magnificent than the act of treating human suffering, life giving, indeed is virtue and fame personified.

He warns that improper intervention with surgical maneuver due either to ignorance of the progress of the disease-process, greed for money or lack of judgment, lead only to complications. Sushruta’s general advice to physicians would certainly apply to doctors in any age and anywhere in the world: ‘‘A physician who has set out on this path should have witnessed operations. He must be licensed by the king. He should be clean and keep his nails and hair short. He should be cheerful, well-spoken and honest’‘.

The genius of Sushruta prompted eminent surgeon Whipple to declare – “All in all, Susruta must be considered the greatest surgeon of the premedieval period.” Rhazes repeatedly quoted Sushruta as the foremost authority in surgery.

The Sushruta’s contribution in the field of Plastic Surgery can be enumerated as follows:

*”should have an edge so fine that it should divide the hairs on the skin.”

The Sushruta’s contributions to allied fields are:

“Through all of Sushruta’s flowery language, incantations and irrelevancies, there shines the unmistakable picture of a great surgeon. Undaunted by his failures, unimpressed by his successes, he sought the truth unceasingly and passed it on to those who followed. He attacked disease and deformity definitively, with reasoned and logical methods. When the path did not exist, he made one.”

Golden Milk: A simple drink that can keep you healthy
The seven layers of skin in Ayurveda
Comment