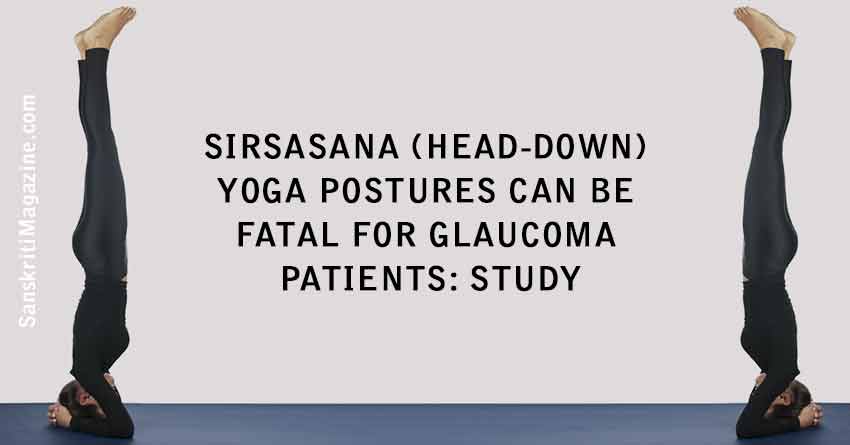 New York: For people suffering from glaucoma, certain yoga positions – especially head-down postures – and other exercises like push-ups and lifting heavy weights may be dangerous, a team of US researchers has warned.

Four inverted yoga positions – facing dog, standing forward bend, plow and legs up the wall – were key to the research.

“While we encourage our patients to live active and healthy lifestyles, certain types of activities, including pushups and lifting heavy weights, should be avoided by glaucoma patients,” said Robert Ritch, senior study author and Director, Glaucoma Research, NYEE.

Damage to the optic nerve occurs in glaucoma patients when fluid pressure inside the eye rises. Elevated intraocular pressure (IOP) is the most common known risk factor.

In previous research, studies and case reports had tested only the headstand position which showed a marked two-fold rise in IOP.

Both normal and glaucoma study participants showed a rise in IOP in all four yoga positions, with the greatest increase of pressure occurring during downward facing dog.

When the measurements were taken after the participants returned to a seated position and again after waiting for 10 minutes, the pressure in most cases remained slightly elevated from the baseline.

“As we know that any elevated IOP is the most important known risk factor for development and progression of nerve damage to the eye, the rise in IOP after assuming the yoga poses is of concern for glaucoma patients and their treating physicians,” explained study first author Jessica Jasien at NYEE.

“In addition, glaucoma patients should share with their yoga instructors their disease to allow for modifications during the practice of yoga,” Jasien added.

The research team emphasises the importance of educating glaucoma patients on all of the risks and benefits of relating to physical exercise and their overall vision health.

“The new study will help clinicians advise their patients on the potential risk associated with various yoga positions and other exercises that involve inverted poses,” the authors concluded in a paper published in the journal PLOS ONE.

Yoga As Non-sectarian Technology
The Four Stages of Pranayama
Comment