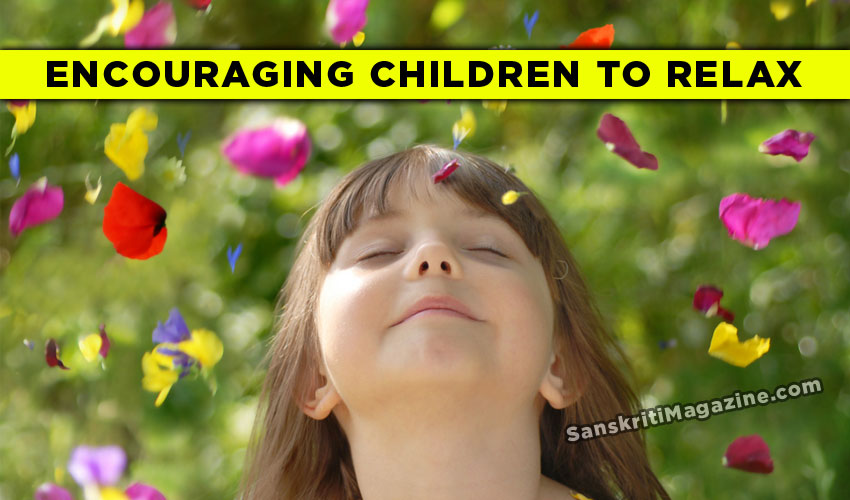 Can we balance our children through relaxation? Some teachers have tried it. Knowing that the child’s capacity for listening is closely related to his physical and emotional state and that restlessness grows year by year among the students, these teachers did not hesitate to shorten their class for the benefit of practising a few easy relaxation exercises.

Result: their pupils learn and express much more easily. If your children do not have this opportunity at school, you can teach them to relax at home even without ever having practised these exercises yourself. Only take care to adjust the instructions to the level of the child and do not force his attention for more than ten minutes.

Here are four exercises inspired by yoga. Each exercise has a particular quality.

Concentration before the effort

First is a famous exercise which has been adopted by countless American business men. Elbows are on the table, hands cupped in front of the eyes. Breathe in deeply and slowly breathe out. Practise twelve times. Evoke in the child a landscape or place that he likes. Let him imagine that he is there, one with the trees, mountains, sea or sky.

This exercise is based on listening to sounds. Lying, or better, sitting with the back straight and eyes closed. Ask the child to breathe six times, repeating mentally at the same time the word ‘peace’ or ‘relaxation’ at the end of each breath. Then, make him listen to the noises first in the distance, in the street, then in the house, in the room, but without trying to interpret them. A different way to practise for smaller children is to produce three different sounds, for example, those of crumpled paper, a click of a ball pen and the sound of a step (when someone walks). Then ask them in which order the sounds were produced.

With the child lying down, name the different parts of the body which he has to feel without moving. Start with the thumb of the right hand, move up the arm and then down the right side to the toes. Practise the same way for the left side of the body. Finish with the head. Then suggest visualisation of pleasant pictures to imagine.

The Many Ways Of Doing Meditation