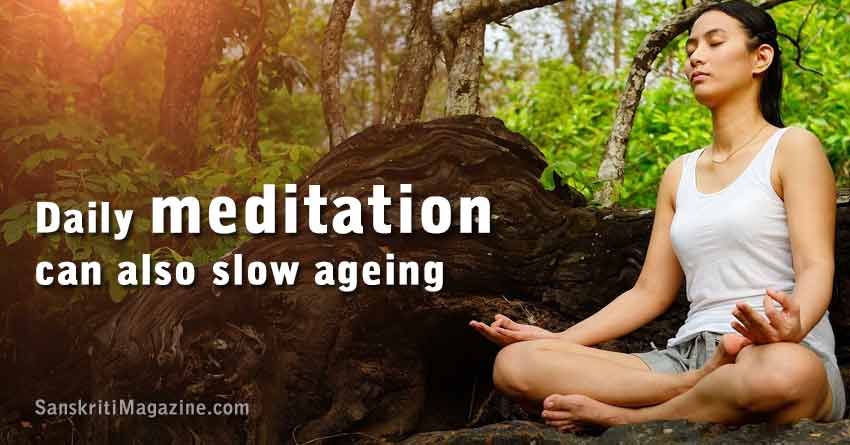 New York: For those who do meditation regularly, here is another good news. Researchers report that apart from reducing blood pressure and heart disease risk, Transcendental Meditation technique and lifestyle changes can slow cellular death too.

The new study examined what was happening at the level of DNA, showing that the Transcendental Meditation technique increases telomerase gene expression which may contribute to the cardiovascular and aging benefits.

Specifically, this was found to activate two genes that code for telomerase — which adds molecules to the ends of chromosomes or telomeres — protecting them from deteriorating.

“The finding that telomerase gene expression is increased with a reduction in blood pressure in a high-risk population suggests that this may be a mechanism by which stress reduction improves cardiovascular health,” said Robert Schneider, from Iowa-based Maharishi University of Management (MUM).

For this trial, the participants included 48 men and women with high blood pressure who were recruited and studied at Howard University Medical Center.

Half were assigned to a group that learned the Transcendental Meditation technique and received a basic health education course.

The other half were assigned to a group that focused on achieving significant lifestyle modifications such as weight reduction, reducing salt intake, engaging in regular physical activity and moderating alcohol.

After 16 weeks, both groups showed significant increases in telomerase gene expression and reductions in blood pressure.

“These findings are very encouraging for prevention. They show that both the Transcendental Meditation technique and active lifestyle modification can contribute to heart health,” said Schneider, director of the Institute for Natural Medicine and Prevention at MUM.

“The result is valuable new information, relevant both to cardiovascular disease and to the molecular mechanisms involved in Transcendental Meditation,” noted John Fagan, professor of molecular biology in a paper published in the journal PLOS ONE.