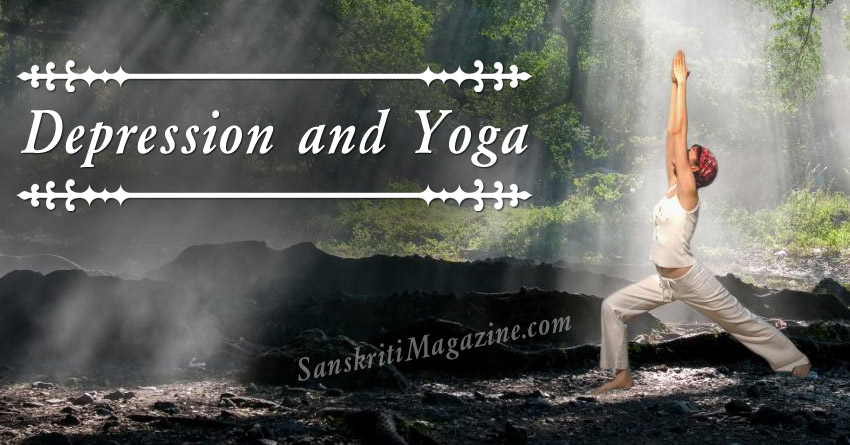 Depression is defined as a mood disorder in which feelings of sadness, loss, anger, or frustration interfere with everyday life for weeks or longer. (National Institute of Mental Health). There are various stages of depression such as-.major depression, bipolar disorder, dysthymic disorder, cyclothymic disorder, postnatal depression and seasonal affective disorder.  The causes of depression are factors like genetic, biological, trauma etc. Generally it is said that people with delicate mind and heart are more vulnerable to depression. 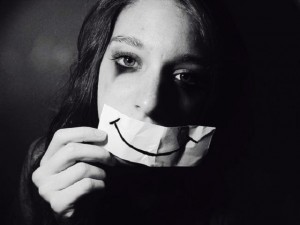 In other words sensitive people are more likely to get depression than others. When a person is unable to adjust himself to the external world, surroundings and the people around him, he tends to withdraw into a shell leading to loneliness which causes depression. It is also observed that several great personalities have undergone depression, while many of them have recovered to normalcy; unfortunately some of them have succumbed to it. Several popular artistes, sportsmen, politicians, industrialists and leaders across the world have gone through depression, especially when their career/ personal lives were at low ebb.

Hence, of late we find people and organizations are using emotional intelligence (E.I.) as a tool to measure the maturity levels of the people. Leading business organizations use E.I. as one of the interview tools to gauge the mental maturity of people while hiring for leadership positions. Relationship management, social awareness, self management and self awareness are the critical components of E.I.

Unfortunately in the current era of nuclear families most of the parents being working couple, they do not have the time and energy to spend quality time with their children. Nor do the children have the chance to be with grandparents since it is anathema in nuclear families. Therefore, one finds grandparents confined to old age homes and children dumped into baby care centers as the wife and husband shuttle between their homes and offices.  Children in these nuclear families have access to all the material comforts but with very little people interaction.

When these children grow up and enter the external world, they are unprepared to face it. They lack in interpersonal skills and communication that are essential to relationship management and they are not able to adapt themselves in the society. This many times leads to frustration and depression.  In this era of competitive world the parents and the teachers in schools only tell how to succeed by working hard, whereas no lessons are taught on how to face the failures in the world. As a result when the child encounters failure he or she is unprepared to face it. This is also one of the factors that cause depression in the youth.

Doctors prescribe medicines and drugs to control the depression. As depression has chances of recurring, doctors recommend continuing the medication, though the dosage of drugs and medicines may vary depending on the severity of depression. Therefore the medical treatment of depression is more of controlling in nature rather than curative. However, there are also a number of cases where people have been cured from depression and in these cases the willingness and mental toughness of the patient play a significant role and the medicines are only supplements. Though doctors claim depression is caused by chemical imbalances in the brain, the root cause for such chemical imbalances is not clearly known so far.  Doctors cite genetic factors as one of probable reasons for depression.  However, there are also quite a number of cases where people fell into depression without genetic factors.

Paranoid schizophrenia is one of the advanced stages of depression yet there are instances of people with paranoid schizophrenia leading normal lives and in some cases even living successfully as prominent, public personalities. (Dr.Frederick  Frese who suffers from schizophrenia and has been a patient in Ohio Mental Hospital later rose to become chief psychologist of the same mental hospital and also played a key role in a  national campaign to end discrimination against the mentally ill). Medicines may not be able to completely cure depression but will certainly keep the depression under check, whereas the will power of the person plays a significant role in coming out of depression to normal stage. One can increase the will power by exercising control over his thoughts.

How to control our thoughts?

In general terms one can say that people get depression when they are unable to control their thoughts or moods. Emotional control or controlling the moods is possible only when a person is able to exercise control over his thoughts and feelings. Ancient Hindu sages prescribed meditation to control the mind and emotions. Pranayama is one of the best techniques which enable a person to exercise control over his breathing process and in turn control the emotions.

People when they are highly charged up and emotive one can observe that their breathing cycle (inhaling and exhaling) increases rapidly. Since people who practice pranayama can exercise better control over their breathing, they will be in a better position to control their emotions as well.

Humans breathe about 16-18 times a minute, inhaling about 13,000 litres of air every 24 hours. Due to anger, passion and anxiety the respiration rate increases, straining the heart and decreasing the life span.

Therefore, one may observe that people when highly emotional breath rapidly. Pranayama makes a person to exercise control over his breath and hence people who practice pranayama are found to be relatively in a better position to control their emotions by exercising control over their breath (respiration). Pranayama not only pumps more oxygen into the brain but it also improves the functions of the brain cells by enhancing the energy levels.

The slow, deep breathing and retention of breath in pranayama practice enables a person to maintain slow respiration thereby increasing one’s life span in addition to exercising control over one’s emotions and thoughts.

Studies have also proved that positive thinking increases the brain vibrations whereas negative thinking reduces the same.  Positive thoughts are known to affect the brain cells and cause positive vibrations leading to release of positive electromagnetic waves.  Positive thinking can raise a person’s vibration up to 10 hertz (Hz), whereas negative thinking can lower the vibration by as much as 15 Hz. Electromagnetic waves carry energy and travel at the speed of light. They can travel through the vacuum of outer space. Therefore, cultivation of positive feelings like- compassion, satisfaction, contentment will lead to positive 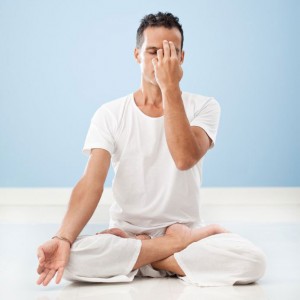 “As wind drives away smoke and impurities from the atmosphere, pranayama is a divine fire which cleanses the organs, senses, mind, intellect and ego.”  – BKS Iyengar, Hatha Yoga master.

Meditation leads to control of mind and its thoughts. Brain structure of People who practice meditation regularly and for long tenure is observed to undergo changes in terms of cortical thickness and gray matter. This leads to experiencing higher levels of consciousness. People who meditate deeply are found to attract higher levels of gamma waves to their brains, particularly in their left prefrontal cortex. Studies have proved that this has resulted in reduction of anxiety and fear, increasing the positive emotions. Therefore, people who practice meditation will be in a better position to not only manage depression but even overcome the same.  Meditation not only improves one’s memory power but also leads to self control. No wonder several doctors not only in India but all over the world equally recommend yoga along with medication for depression as holistic treatment.

When one activates the inner energy and becomes conscious about his thoughts he can exercise control over his Physical, mental and Emotional functions that is essential for a smooth work life balance. The thoughts that exist and transit between unconscious, sub conscious and conscious states of mind and the gaps that arise between these various states of mind can be effectively managed by proper channeling of the thought process thereby leading to enhancing one’s inner energy and achieve equilibrium between physical, mental and emotional functions. Food habits also have a bearing on the thought process of the people. People who take nutritious and organic food are found to be more energetic and vibrant with positive thoughts. Hindu medicine Ayurveda rightly says, if a person’s Ahara (eating), Vihara (living) and Vyavahara (behavior) are proper, he will be a well balanced person in all respects.

People with depression shy away from family, friends, relatives and society. Advanced stages of depression lead to chronic psychological disorders like- paranoid schizophrenia. Medication is only a partial treatment to cure depression. Greater interaction with family and friends, counseling and keeping engaged in creative or constructive activities makes a depressed person to comeback to normalcy sooner. Proper food habits, living in harmony with one self and others around, acceptable social behavior will keep people away from depression. Children in nuclear families are likely to be more vulnerable to loneliness, which may to lead to isolation finally culminating into depression.

While good parenting, proper schooling and joint family system can make a child to learn the art of relationship management and social awareness, yoga (particularly pranayama and meditation) can make a person to pick up skills in self management and self awareness.  Sigmund Freud, famous Austrian neurologist and father of psycho analysis says imbalances between unconscious mind (ID), sub conscious mind (EGO) and conscious mind (Super Ego) cause neurotic disorders in the people.