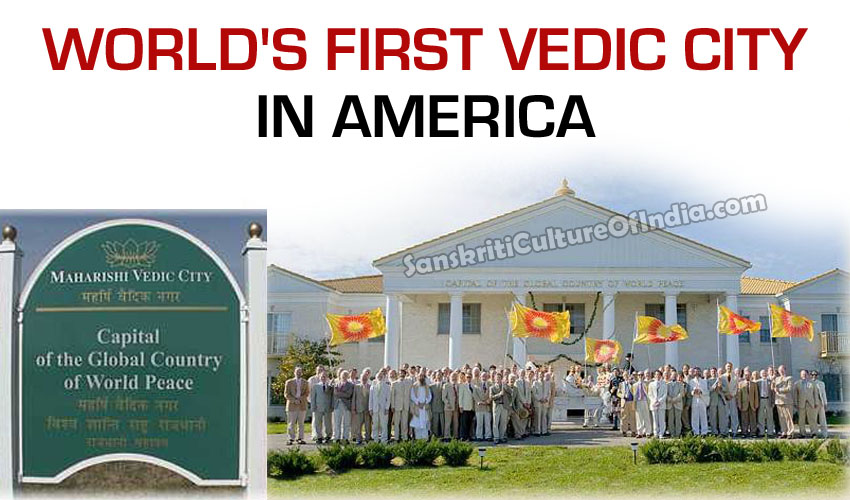 Chances are, you don’t think of meditation and communal living.

Welcome to Maharishi Vedic City, Iowa — the only city in the country built on the tenets of transcendental meditation, for meditators, by meditators.

Meg and Erik Vigmostad moved here from St. Louis in 1982.

“We wanted to come to a meditating community,” said Meg Vigmostad. “We had two children at the time, one of them was an infant, and we felt like it was the best place to bring up our children.”

“Transcendental meditation is a simple technique practiced for about 15-20 minutes sitting comfortably in a chair with the eyes closed,” said Bob Roth, national director of the TM program. “It allows the body to get a profound state of rest while the mind just settles down and experiences a state of inner wakefulness, inner calm, inner coherence.”

The followers of Mahesh Yogi — mostly from East and West Coast universities — moved to Iowa en masse in 1974 to set up their own college, the Maharishi University of Management. The group chose Iowa because that is where they could find the land.

Now the settlement features two huge domes, one for men and one for women, with residents streaming in to meditate together twice a day.

But at the university and in the city, the commitment to Vedic principles of natural law and balance, derived from ancient Sanskrit texts, goes far beyond meditation. The community has banned the sale of nonorganic food within its boundaries. And that’s not all.

“The primary characteristics of Vedic architecture, the most obvious one, is that ideally, buildings face east, the direction of the rising sun,” said Jon Lipman, the country’s leading Vedic architect.

Lipman says the buildings at the university and most new houses in town are constructed in line with ancient precepts.

“Just like the organs in the human body, there is a right place for different kinds of functions within a building,” Lipman said.

Every Vedic building has a silent core known as a Bramastan, which is lit by a skylight and is never walked on. Lipman claims miraculous effects.

“The results are that, families find that their lives are improved, that there’s greater family harmony, that there is greater financial success, there’s greater happiness,” said Lipman. “There are many many cases where members of a family had disharmony between them, and it dissolved when they moved into a Vedic home. There are many cases where even such things as chronic diseases were abated by moving into a Vedic home.”

Lipman said “it’s a real challenge” to be poor, unhappy or unhealthy if you live in a Vedic building.

The Vigmostads live in a Vedic house, and seem like happy customers.

“It feels harmonious, it feels orderly, there’s a lot of silence here that was definitely not in our other house that we owned,” said Meg Vigmostad. 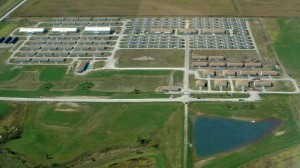 The talk of order and inner peace might sound unbelievable. But it is also the work of Vedic City to make it all … believable. Fred Travis, director of a university facility called the Center for Brain Consciousness and Cognition, demonstrated an EEG monitor of neurological electrical activity that he said shows that TM makes the brain more organized.

“What this is measuring is the electrical activity of the brain,” Travis explained as a member of the community hooked up to the machine sat and meditated.

“You see this one going up and down?” Travis said, pointed to a gauge. “Look at the one next to it. It goes up and down in a similar way. This is called coherence. When the similarity of two signatures are very close, it suggests those two parts of the brain are working together.

“What we notice is that this electrical activity becomes more harmonious or coherent between left and right hemispheres,” Kaplan said. “There have been studies that have documented that the TM technique, when practiced in large groups, seems to have some effect on society in general, whether it’s in war-torn areas where people are sitting to meditate together, or in high-crime areas that the trends reverse when you have larger groups meditating together.” 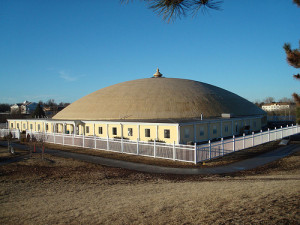 It is a lot to digest — but then you don’t really have to. The TM followers insist they are not a cult. They all have normal jobs, for the middle of Iowa, and they are not out to recruit you. They just want you to know the option is there.

Famed filmmaker David Lynch spends a lot of time in Vedic City. He started the David Lynch Foundation, which, in the last four years, has provided scholarships for over 100,000 kids to learn to meditate for free in schools across the country.

“It’s not a religion. It’s not against any religion, it’s not mumbo-jumbo. It truly does transform life,” Lynch told ABC News. “Kids come to school and they meditate together for 15 minutes in the morning. And before they go home they meditate for 15 minutes. A lot of them come from, you know, bad situations, and so this gives them this thing you know, at the beginning and the end of the day, the rest of the time you just watch the violence stop. Watch relationships improve. Watch happiness in the hallways, in the classroom, watch creativity flow more and more, watch that heavy weight that we are living under gently lift away.”

“Nightline” was told there wasn’t enough time to properly learn transcendental meditation on a short trip to Vedic City. But to get a feeling of the Vedic way of life, we did visit the Ayurveda Health Spa in Vedic City — the leading spa of its kind in the country. Ayurveda is a system of health and healing involving food and behavior that originated in India thousands of years ago.

“We take your pulse, we put three fingers on the right hand,” explained Mark Toomey, an Ayurvedic health expert at the spa. “And it’s what I would say is like plugging into the inner intelligence of the body.”

Toomey said he can learn a lot from feeling a person’s pulse. He demonstrated on our correspondent.

“It’s a strong pulse,” Toomey said. “That means that, good expression of intelligence. It’s clear. Your pulse has a little bit of tension there, so maybe you’re working a little too hard, too many deadlines.”

Next up was the Shirodhara treatment.

“So what we’re going to be doing is pouring this oil for about 20 minutes on your forehead, in a continuous stream,” said Toomey. “Your job is just to relax and enjoy.”

And what’s so wrong with that? In Vedic City, they have made that their way of life … in the middle of Iowa.

“We really have all we need here,” said Meg Vigmostad. “You can go to a city anytime. But this is sort of a haven, you know? And it’s a place of comfort, and community.”

Importance of Vastu Shastra in our lives

Vastu for Kitchen and Bathroom

Decorating your home with Vastu

Vastu in the 21st Century