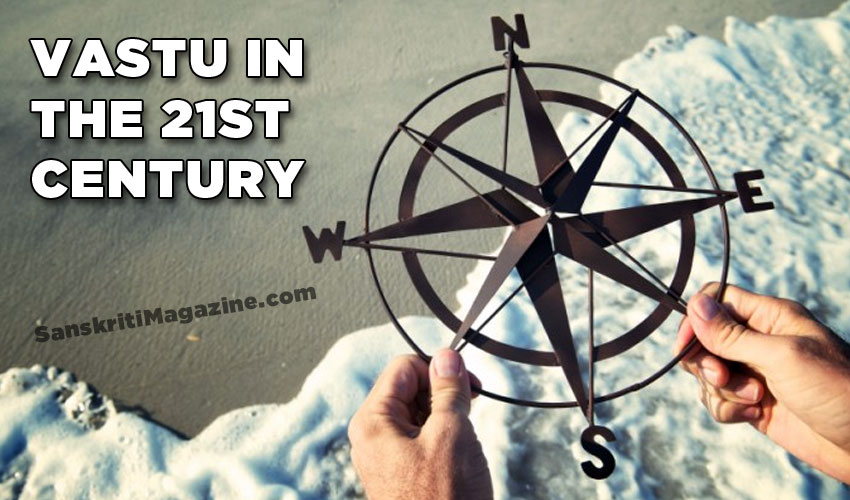 Our ancient Vastu Shastra has been founded in such a way, that people can derive maximum benefits from sun-rays and the energies of the sun like heat light, UV rays – the only reliable source of Vitamin D (Vitamin D is absorbed by the blood directly when the bare skin is exposed to sun), which is vital for sustenance of life on the Earth.

Uttaraayana and dakshinaayana too are of great scientific importance since daytime will be more than the nighttime in the Uttaraayana facilitating availability of more sun light.

It is only some years ago that the modern scientists have discovered that the white solar light could be split into segments called visible rays and invisible heat spectrum. But thousands of years ago, our ancient Indian sages, not equipped with any kind of appliances were able to discern many natural phenomena in a scientific manner and according to the visible spectrum had distinctive names with specific functions besides colors like: Jayanta, Parjanya, Mahendra…. to Bhrsha and Aakaasha , which correspond to VIBGYOR.

Other than that, sun rays consist of 7 colors (VIBGYOR) and their effect on human body is immense as it cures several diseases.

The modern astra physics, during the last few decades, has divided the atmosphere into several zones like Stratosphere, Ozonosphere etc. but several centuries before this discovery, the atmosphere over which Varuna held its way was divided by our sages into Bhu, Bhuv, Swar, Jan, Tap and Satyalok.

The Eastern direction assumes a great significance because the sun rays of early morning emit more light and less heat, hence the best. In the afternoon, sun moving towards West, grow hot emitting Infrared rays, which are detrimental to health.

Thus, due to all these reasons, it is explicitly laid down in Vastu Shastra that more open space, more windows and doors fixed, more balconies and verandas should be provided towards the East and the North side than in the South and the West side.

The most important aspect considered while formulating the Vastu Shastra is the magnetic field of the Earth, which has significant influence on the human life. Human body itself acts as a magnet with the head, the heaviest as North Pole. If the head is directed towards the North while sleeping, the North Pole of the Earth and that of the human body repel each other affecting the blood circulation, causing disturbed sleep, tension and other problems. Thus, it is said by Vastu Shastris that ONE SHOULD NOT SLEEP FACING HIS HEAD TOWARDS NORTH.

In the most recent survey of the Gujarat earth quake effected regions , the maximum houses destroyed were not according to Vastu and those were intact were constructed on the principles of Vastu.

Importance of Vastu Shastra in our lives

Vastu for Kitchen and Bathroom