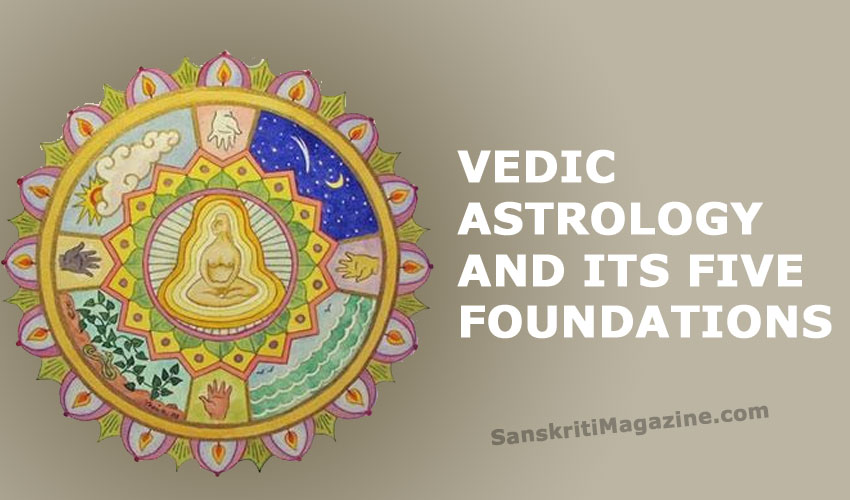 Over the years I’ve heard many teachers of jyotish or Vedic astrology talk about what are the necessary components that students need in order to be able to practice jyotish successfully. I have been especially influenced by K.N. Rao and Hart DeFouw who are, in my experience, the two most accomplished teachers today in the East and West respectively. I realized that it would be helpful to gather a list of these essentials to help students develop a solid foundation to their study.

Learning any discipline, whether it is jyotish, music, medicine etc., is like embarking on a mountaineering expedition. It requires a strong desire to reach the destination, skill, and commitment. Just like there are ten essentials for the mountaineer – pocketknife, first-aid kit, matches, map, compass etc., there are five essentials for the study of jyotish.

The five essentials are:

Jyotish is a science that has its own set of academic requirements. For instance, it requires the memorization of a large body of technical information. There’s no way around it. Just like the pianist needs to memorize scales until they become second nature, the jyotishi or astrologer needs technical information at the forefront of his or her awareness when analyzing a chart.

The jyotishi must be able to give a clear, logical explanation of the conclusions they’ve made about a chart. For example: “This person has a strong likelihood of children. The 5th house, representing children, is unaspected by malefics, and Jupiter, a benefic and the significator of children, aspects the 5th house. Jupiter also gains strength by being in a Hamsa Mahapurusha Yoga in the 1st house in its own sign. Also, the 5th lord is located on an angle in a friend’s sign aspected by Venus, a benefic. You can also see this pattern repeating itself from chandra lagna, and in the Navamsa chart, etc.” This may sound complicated but it is actually only basic chart interpretation skills.

In addition to memorizing the basic technical information, K.N. Rao strongly recommends that students learn to do many calculations manually, like the dashas and divisional charts, instead of relying on computer software programs. A jyotishi’s initial focus should be to develop technical skill and clear, interpretive logic. If the jyotishi relies on computers for all calculations and on intuition for chart interpretation they may never develop a substantial level of technical proficiency.

It’s not enough just to memorize technical information – it must be applied over and over to as many charts as possible. No matter how many workshops one attends or theoretical books one reads nothing can replace experience in chart interpretation. One drop of practice is better than an ocean of theory as they say.

The jyotishi doesn’t have to give readings to get experience. He or she can do retrospective research by studying past events in anyone’s chart without the pressure of having to give an accurate reading or offering sound advice. For example, it’s helpful to analyze charts of actors who have won an Oscar, or friends who have received a promotion at their job. It’s also helpful to analyze the charts of celebrities or individuals who epitomize specific character traits. There are also books and astrological journals with example charts that one can study.

By getting into the habit of continually studying charts, for instance 3 or more per day, one’s understanding of jyotish will accelerate dramatically.

Inevitably while studying jyotish questions arise that can only be answered by someone with more experience. The jyotishi needs a teacher or jyotish guru available for this purpose. A guru is someone who dispels confusion and brings clarity. “Gu” means shadow or darkness, while “ru” means to disperse or remove.

Jyotish is based in an oral tradition. Traditionally, the student would sit with their guru for long hours reciting jyotish texts, discussing principles, and studying charts. Over time the student acquires the refined discernment of their teacher. There is no replacement for this kind of one on one tutoring with a qualified teacher.

Hart DeFouw tells the story of a Taoist master who was asked, “What is the definition of a master?” The Taoist master replied, “A master is someone who started earlier than you.” A jyotish guru does not need to be a famous or legendary personage. Of course this is ideal, but it is not always possible. Finding a suitable teacher is a function of our karma. Personally I feel very fortunate to have met my jyotish guru Sri K.N. Rao and to be connected to his lineage of teachers. At the least your teacher needs to be more experienced, easily accessible, and able to dispel your confusions.

Jyotish is a spiritual science that cannot be learned only through technical academic study. At some point in one’s development the jyotishi needs to combine both intuition and intellect in order to interpret the symbolic language of astrology correctly. Intuition is developed through spiritual practices.

Traditionally, the jyotishi would be initiated into the worship of a personal deity or ishta devata who would help illumine their intuition. For instance, Vedic astrologers often worship Ganesha because he is considered the patron deity of jyotish. Deity worship is the devotion to a specific aspect of God and is not idol worship, which is a common misconception.

Whether one chooses to perform puja (worship), chant mantras, meditate, pray, recite affirmations or do any other practice, what is important is to have a rich inner life that cultivates a state of calmness and clarity of mind from which intuition springs. It is usually recommended to commit at least 20 minutes twice a day to spiritual practices, preferably at sunrise and sunset.

Jyotish literally means the “lord of light,” but is often translated as the “science of light.” “Jyoti” means light, which refers to the luminosity of the stars and planets. However, since our outer reality is a reflection of our inner reality, the light also refers to the light of God within. The jyotishi needs to be attuned to the inner spiritual light in order to interpret external phenomenon clearly. “Astrology is a revelatory science and it is revealed not by aggression but by faith and surrender to the divine,” K.N. Rao says.

The jyotishi can experience inner light while doing spiritual practices but if his or her actions are not ethical then his or her clarity of mind suffers. Jyotish was brought forth by great sages for the welfare and benefit of humanity. When the jyotishi has the same attitude, and their primary motivation is to benefit and serve others, then he or she can be the most effective. The Dalai Lama says, “The key to ethical behavior is the concern for the welfare of others.” Here’s just one quote, among many others, that indicate that the original intention of Jyotish was for the welfare of others:

Maharishi Parashara said: O Brahmin! Now, after making obedience to Lord Shiva, I shall describe the Kala Chakra Dasha. Whatever was related by Lord Shiva to Goddess Parvati is being explained by me for the use of sages to be utilized for the welfare of the people.
– Brihat Parashara Hora Shastra ch46, v52-53

Astrology, like counseling, is a helping profession. Jyotish is also a powerful predictive system. A jyotishi’s words can strongly influence others for better or for worse. Therefore, he or she needs to evaluate whether what they say and how they say it is ultimately helpful. Certainly, instilling fear in others through fatalistic statements is not helpful. In addition, promoting expensive remedial measures unnecessarily in order to benefit the jyotishi financially is unethical. Ultimately, how the jyotishi handles their relationships with clients is their own karmic responsibility.

“Always remember the four ‘mahavakyas’ (great axioms) of astrology – have faith; be diligent and practice patience; humbly learn from your mistakes, and live a life of service. Then the divine lotus of astrology will open in you.” – K.N. Rao

From Sage Varahamihira in the Brihat Samhita:

“The astrologer must be clean, efficient, bold, eloquent, possessed of genius, sincere, not timid in assemblies, not to be overpowered by fellow students, expert, well versed in the art of performing rituals of both curative and preventive types and suggesting remedial measures.”

From Sage Parashara in the Brihat Parashara Hora Shastra:

Teach this supreme vedanga jyotish shastra only to one who is gentle and amiable, devoted, truthful, brilliant and well known to you. Only that person, who possesses adequate knowledge of time and the positions of grahas and nakshatras, can understand this Hora Shastra. Only that person, who has complete knowledge of the Hora Shastra and who is truthful, can make correct favorable, or unfavorable predictions.” (Ch. 97)

Importance of kundali matching before marriage
Is there scientific evidence to Astrology?
Comment