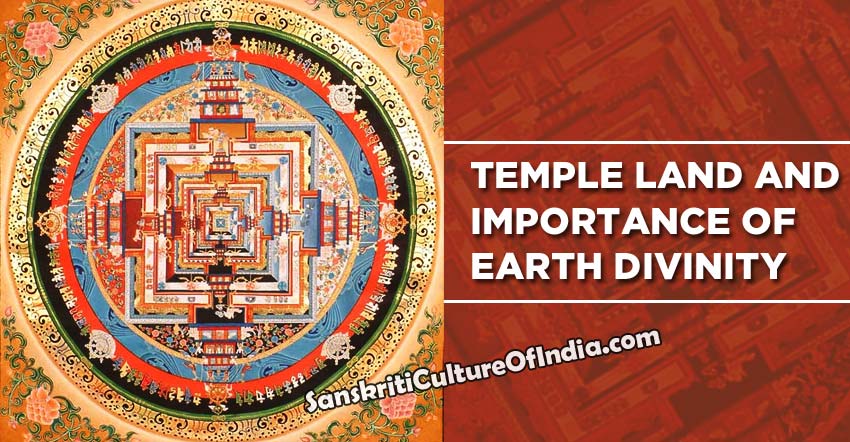 Temples are the most attractive features of India. India is known for the divine culture for a long time. Almost in all occasions and ceremonies God play a significant role. In marriage, child birth and all mundane life, divinity is upheld. This custom and practice continue for centuries without any deviation. The other political and social changes don’t affect that system and further it is strongly imbibed and integrated with an average Indian life.

The temple has a history of ages. Almost in all parts of the world, temple has been constructed and worshiped. Owing to the political changes, the worshiping method has only changed, but the whole worshiping is ultimately one and the same. 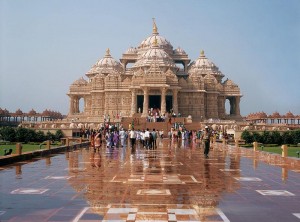 In India, we can see a number of temples that spread all over the land. These temples are constructed upon various principles. The structure of the temple, the size and the form of the deities, the practices of worshiping and all are, though basically same, different in different places. The agricultural system, geographical significance, the interest of the ruler, the wealth of the principality have influenced the temple construction. All temples are associated with the harvest. The festivals are conducted in accordance with the harvest. The forefathers compiled a comprehensive worshiping system after observing the movement of the Sun. they knew well that sowing, ploughing and reaping must be related to the rainfall. To that end, they created a systematic almanac and followed it. They succeeded in that endeavor as well. Next, the landscape and the structure of the soil were very important to construct the temple. High and strong temples are not possible where the soil base is week. More over, the land structure is important as zigzag land can not hold a vast and extended temple. The local rulers were in competition to prove their capacity to construct the temples with utmost perfection, to show their pomp in front of other kings. The richness of the temple is dependent on the wealth of that region. The wealth, in olden times, was coming from agricultural sector.

In Kerala, the temples were constructed with a strong and logical method which I would like to write below. That system is still followed without any change. Baskaracharya, the famous Tantric, lived some centuries ago had commented that he was an ardent follower of the Kerala system of temples.

In Tantric system, apart from Vedic practices, the Yoga science is also implicated. The power of Kundalini that is supposed to be lying below the spinal end and that power is presumed to be ascending through an invisible channel along with the spinal chord, after passing six energy vortexes, reaching on the top of the head, called Sahasra Ara, literally, a lotus with 1000 petals. Anatomically and physiologically, such a power has not been detected. This may be due to the fact that this Kundalini power is associated with micro level of body ( Sukshma Sarira). The Acharya who installs the deity inside the sanctum sanctorum gives that power acquired through Prana yama( Systematic breathing pattern), that is compulsory for the Kundalini Arousal. He at the same time does a prayer from the deepest of his heart, which will be discussed later.

The Divinity Present on the Earth

Here, I am discussing the divinity on the earth. Divinity is present everywhere. As per the logic, I slightly change the meaning of divinity into two energy levels. One is positive energy and the other is negative energy. We can see the different types of natural phenomenon that takes place around the world. Many catastrophe and calamities, flood, land slide, hurricane take place around us. These are the negative powers. Good agricultural growth, fertility of the soil, plenty of water availability for both drinking and agricultural purposes, thriving trees, blooming in a wonderful way are positive powers.

The temple must be constructed where the positive energy is present. More over, meditation, yoga etc. shall be held in these areas to get the positive powers, positive energy into our body. Scientifically also, we can say that plenty of vital energy is found in these area and it will nourish the basic needs of the body. Also, it purifies our body and mind. Mind relaxation takes place without our conscious knowledge. Hence, the temple gives mental satisfaction as well as body purification. 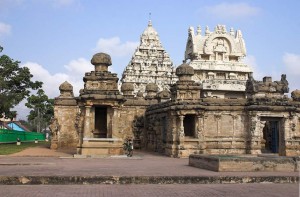 middle of a village, middle of a town, harbor, places where peace of mind is felt are the places of positive energy. The temple should be constructed in these featured places. The natural positive energy flow happens in these places.  Further, the lake and pond where abundance of lotus, swans group, pond with still water or with mild waves that attracts birds, trees which give shelter to the birds, bushes with attractive blooms, hovering and resting places of rare species of birds are also present with the positive energy. Many invisible divine powers roam in these areas.

To fix a place for the construction of a temple, we have to choose one of the above mentioned lands. The Tantric Acharyas like those places more, where plenty of water, pond, and lake are present. We can see that many spiritual people chose similar places to get enlightenment. In the legendary, we have heard that the great Bhuddha got enlightenment while sitting under a Banyan tree in a village.

The land of temple is classified into four. 1) Supathma 2) Badhra 3) Purna 4) Dumra

The Features of Supathma Land

The land will be full of coconut trees, scent and perfumes extracting trees, incense trees, sandal wood trees, areca nut trees, canes, lotus and those things used for Puja purposes. The land will have slight slope towards east and north. This land will have ponds with enough water even in the scorching summer time. It may be beside a mountain or hill divide. If a temple is constructed in this type of land, the temple will remove all kind of dangers.

The Features of Bhadra land 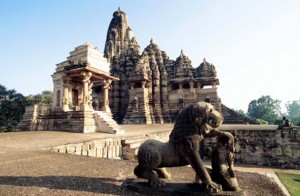 The sea shore, littoral area, oceanic places, river banks for pilgrimage, paddy and agriculture in the south or the right side of the main deity in the temple, the woods and other sacred things used for the Yaga and Yajna, the trees with full of flowers and fruits, garden are the feature of Bhadra land. If a temple is constructed in this land, it will provide and fulfill all kind of desires.

The Features of Purna land

The place where Peepul tree, banyan tree, Neem tree, the trees mentioned in the Puranic books, hill top, down hill, land with scarce water are the features of the Purna land. If a temple is constructed in this land, it will bring all kind of fortunes. Also, this land will have herbs, and the land will have fertile soil, arbor of trees for the worshippers as well as birds and quadrupeds. In case of quadrupeds, generally cattle are given importance.

The Features of Dhumra land

The place where horrible trees are thriving, trees causing allergy and infection, bushes with thorns, full of gravel, land with hard soil structure, having burrows, clay, eagle, vulture, crow, fox, monkey, jackal are widely traversing places is called Dumra. If a temple is constructed in this land, it brings negative effects. It means that this land is suitable for worshipping evil powers. I presume that it is useful for the practices of the Adharva Veda hymns (the black magic).

Hence, we can say that we have to identify a suitable land for both the construction of temple, worshiping of the divinity and a centre for spiritual activities. Apart from ascribing the power derived from the Kundalini flow, the land should also be suitable for the construction of the temple. This implies that man has no separation from the nature. He is strongly fused with the nature. Nature is divine. This is the principle of Vedic science. All that needed is that we have to identify different natural forces present in the different part of the world. Some powers are positive and some are negative. We opt for the positive powers, positive energies to get realization.

Vedic Astrology and its five foundations

Is there scientific evidence to Astrology?

Mookambika Temple, Kollur
How to Choose a Personal Astrologer
Comment