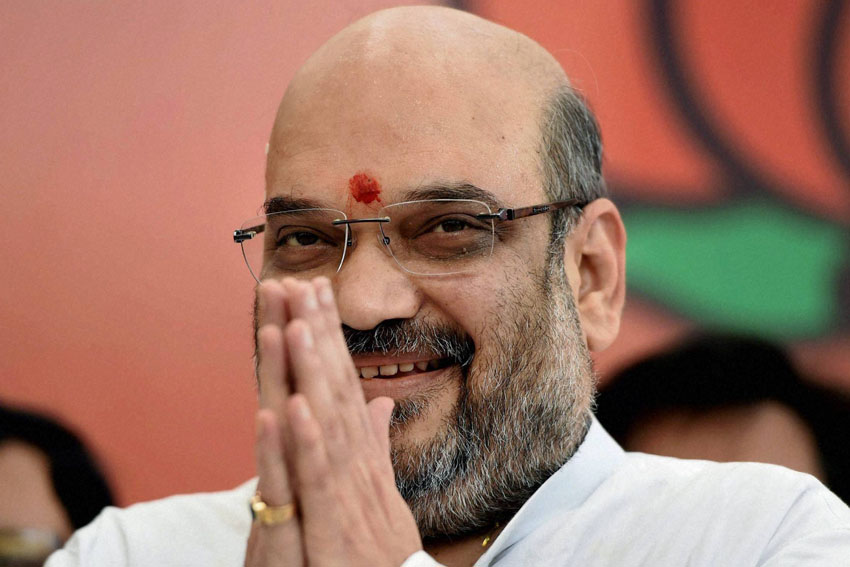 New Delhi: Buoyed by its performance in the Lok Sabha polls in Jammu and Kashmir, the BJP is now making all-out effort to realise ‘Mission 44-plus’, a feat that will enable it to form a government in India’s only Muslim-majority state for the first time in history and promote its nationalist agenda, including perhaps scrapping Article 370 of the constitution that grants the state special status.

The Bharatiya Janata Party is hopeful of bagging all 37 seats in Hindu-majority Jammu region. It believes that by getting migrant Kashmiri Pandits (KPs) — who fled the Kashmir valley in the late 1980s and 1990s after separatist violence broke out — to vote for it, it can bag another eight constituencies in the Valley, thereby conjuring up a majority in the 87-member legislative assembly.

Habbakadal, Ganderbal, Kulgam, Anantnag, Tral, Amirakadal, Sopore and Khanyar, where KPs once formed the majority, have been identified as seats in the Muslim-majority Kashmir Valley which the BJP could win. The party is hopeful that if the polling percentage of Muslims is low on account of an expected boycott call by separatists, Pandits can help secure these eight seats for the BJP.

“KPs are integral to Jammu and Kashmir’s political scenario and we are trying to ensure their participation and positive electoral role in the coming election,” BJP spokesperson Nalin Kohli told IANS.

Kashmiri Pandits, who the party envisages will play a key role in its victory, are, however, sceptical. Kashmiri Pandit Sangharsh Samiti president Sanjay Tickoo said KP votes may not be of any use to the BJP in the Valley.

“I live in Habbakadal, which is one of the seats the BJP is eyeing. But even with migrant KPs put together, the Hindus account for only 10,000 votes compared to 50,000 Muslim electors who are unlikely to vote for the BJP,” Tickoo told IANS.

“The BJP is using the Article 370 issue as a lightning rod to polarise voters. But it had secured only 11 seats in 2008 with its communal agenda, and if it is hoping more than that, it is daydreaming,” Sadiq told IANS on the phone from Srinagar.

Tickoo said that given the polarisation in Jammu, the BJP’s chances of winning any seats in (Muslim-dominated) Rajouri or Doda were nil.

In the current assembly, the ruling National Conference is the single largest party with 28 seats. Its erstwhile ally Congress has 17 seats while principal opposition PDP has 21. The BJP is a distant fourth with 11 seats while others account for 10 seats including three seats of Jammu & Kashmir National Panthers Party.

But the BJP, which has launched a massive voter-registration drive for migrant KPs across the country, is upbeat.

However, Siddhartha Gigoo, a migrant KP and author of “Garden of Solitude”, contended that it wouldn’t be easy to get KP votes en bloc.

“No doubt, Narendra Modi is imaginative and the BJP may have out-of-the-box policies for Kashmir, but what one does after elections is more important. Before elections, everything is posturing,” Gigoo told IANS, alluding to general apprehensions among the KPs regarding the BJP.

Tickoo added: “The migrant Kashmiri Pandits may be charmed by the BJP’s call for a Hindu chief minister or its call for scrapping Article 370.

“But KPs living in the Valley know the BJP is raising these issues only to polarise Hindu votes. They have always exploited our misery for their benefit.”

Gigoo, however, maintained that the BJP will improve its tally considerably in Jammu.

Who would then form the government?

“I wouldn’t be surprised if NC and BJP join hands. PDP (Peoples Democratic Party) cannot have truck with the saffron party as the bulk of its votes comes from Jamaat supporters who will never agree to this,” said Kalpana Tikoo, a migrant KP who returned to the Valley a few years ago and who is actively involved in child rights campaigns in Srinagar.

“NC and BJP are enemies now, but then nobody is a permanent enemy in politics,” she pointed out.

Iran demands veto rights for India at UNSC, says ‘we stand together’ in fighting terrorism