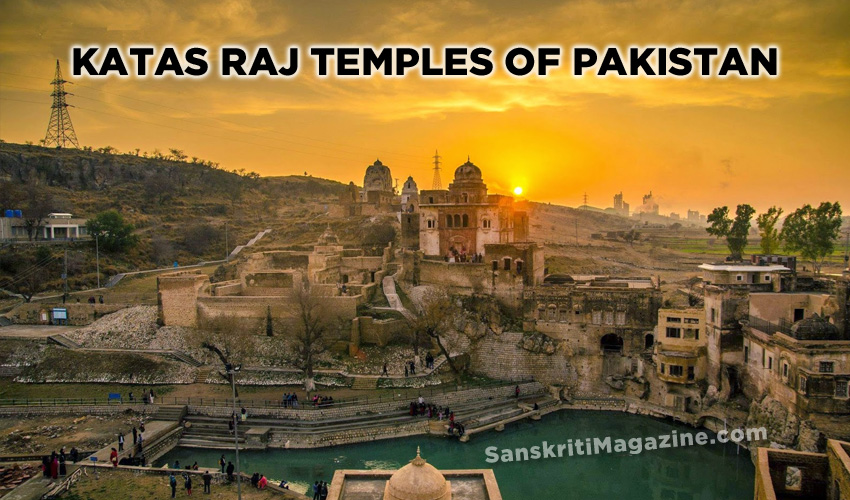 The five Pandavas brothers are in exile.

They endorse the construction of several temples which will endure in modern day history as sites of our wandering, including the beautiful Katas Raj temples surrounding the Katas Lake. This is the Vedic period of the Iron Age India, just a decade or so shy of the convulsive events detailed in the great Indian epic, the Mahabharata. Katas Raj, an area located approximately 40 kilometers off Chakwal, has a fairly small population, mostly Muslim. Its Hindu residents however migrated to India in 1947. These temples are spread across uneven slopes within walking distances in an area that appears to be a valley. Almost all of them are connected to each other by winding paths and stairs.

The Pandavas were sons of Pandu the noble Emperor of ancient Hastinapuram. They were born to Pandu’s two wives, Kutni and Madri. Kuntni bore Yudhishtira, Bhima, and Arjuna. Madri bore Nakula and Sahadeva.

While hunting in a forest, Pandu mistakenly killed a sage and his wife. The sage cursed Pandu before dying. Out of remorse the King decided to lead an ascetic life and gave temporary command of his kingdom to his elder brother Dhritrashtra.

Dhritrashtra, one of the devils of this story, is said to have had 100 sons called the Kauravas with his wife Gandhari, the Queen of Gandhara.

After Pandu and Madri died, Dhritrashtra, who had taken control of the kingdom, convinced his evil brother-in-law ‘Shahkuni’ (Gandhara’s brother) to eliminate the Pandavas brothers who were the true heirs of the throne. Thankfully the plot was discovered.  But anticipating danger, Kutni made the courageous choice of fleeing with her children to a nearby forest for safety. Dhritrashtra’s sons hearts were by now full of jealousy and hatred for their cousins. This was to turn into an unfathomable rivalry that led to the 18-day bloody war of Kurukshetra immortalised in the Mahabharata.

The Pandavas brothers and Kutni disguised themselves as Brahmins and started living a simple life in the forest. One day the brothers learnt of a Swayamvara archery competition being held by the King of Panchaal. In ancient Hindu tradition, Swayamvara ceremonies were a practice of choosing a husband from amongst a list of ‘suitors’. The winner of this competition was to wed the King’s daughter, Princess Draupadi.

Arjuna, with his matchless archery skills enrolled for the competition and won. The Princess was now his to be brought home and to be introduced to her to-be mother in law who commanded that she be wed to all five brothers.

When Dhritarashtra learnt about the Pandavas brothers being alive, he played innocent and invited them back to the kingdom. In the meantime his son Duryodhana, the eldest of the Kauravas, had been crowned prince. Upon their return, the crown prince planned a conspiracy to rob them of their kingdom.

Shakuni played on his nephew, Duryodhana’s behalf, while Yudhisthira, the eldest of the Pandavas represented his clan. Unaware of Shakuni’s magical dice which always favoured him, Yudhisthira’s agreed to play. One after the other, Yudhisthira lost all his possessions including his kingdom, his brothers, himself and their beloved wife. Princess Draupadi prayed to Lord Krishna, the blue flute playing child-god for protection. Lord Krishna answered her prayers and rescued her. Fearing that Draupadi may curse him and his sons, Dhritarashtra invalidated the result of the game. This upset Duryodhana who then proposed another round. Now the loser was to spend thirteen years in exile. Yudhisthira played and lost again – thus the Pandavas were expelled from their kingdom.

They spent a nomadic life during exile, traveling through various lands for thirteen years, four of which are said to have been spent in Katas Raj. Some traditions suggest that their entire period of exile was spent in Katas. And, it is in this era when these beautiful temples were erected by the Pandavas brothers.

These elegant and massive structures were dedicated to Lord Shiva – one of the three main deities of Hinduism. The structures were built surrounding the beautiful Katas Lake in a U-shape. Many stories are told about the origin of this lake. However, popular tradition narrates that this lake sprang as one of Lord Shiva’s teardrops fell in Katas after he wept over his beloved wife’s death. The name ‘Katas’ is derived from the Sanskrit word ‘Katashel’ meaning ‘raining eyes’, thus naming the pond after Shiva’s grief. Devotees use this pond for bathing to wash away their sins.

Years passed. The exile ended. The elated Pandavas brothers returned to claim their throne, however only to be greeted by the treachery of their cousins who challenged them. Armies from the entire subcontinent are said to have participated as allies of one side or the other in the battle for the throne. It is said that uncountable souls were lost on the battle ground but the gods of combat favoured the Panvadas brothers. The victors regained their ancestral throne and Draupadi was made Queen of Indraprastha, the capital of their ancient kingdom – today’s Delhi.

You can visit Katas at any time of the year for site seeing. However, the best time to visit is February or April as that is when the Shevatri festival is held and these temples suddenly fill up with devotees traveling from India for worship and rituals.

The Punjab Archeology Department (PAD) looks after this site. 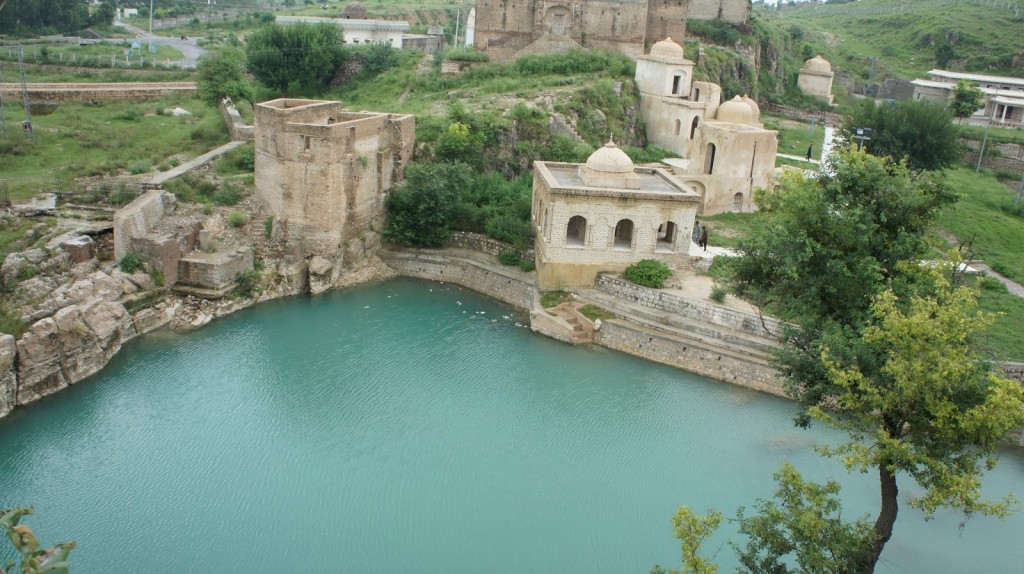 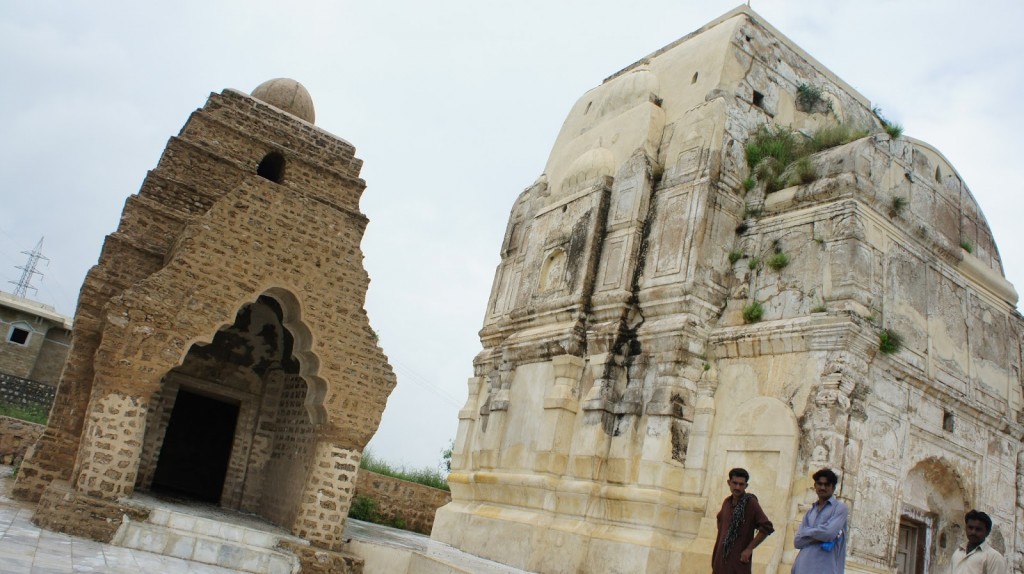 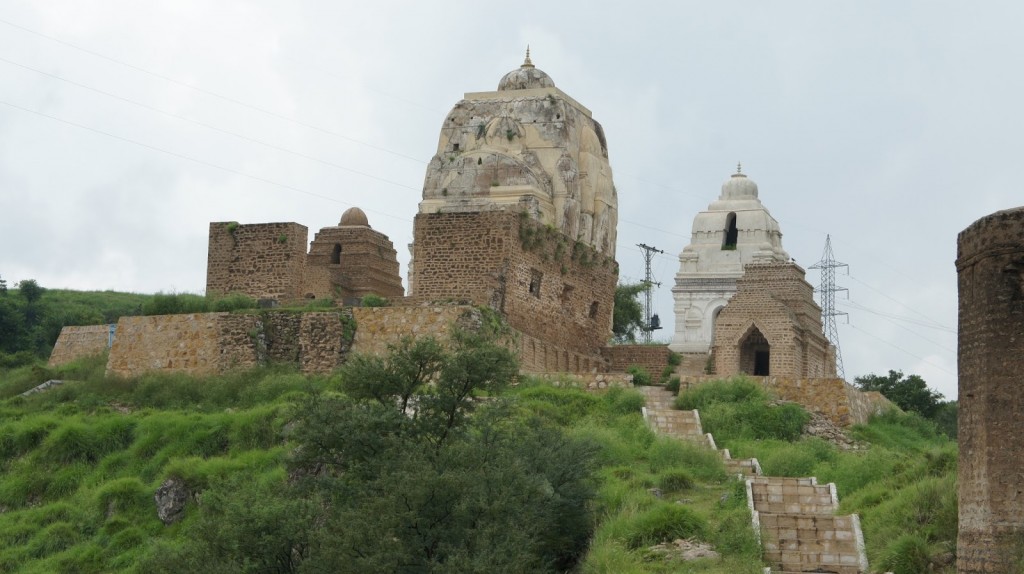 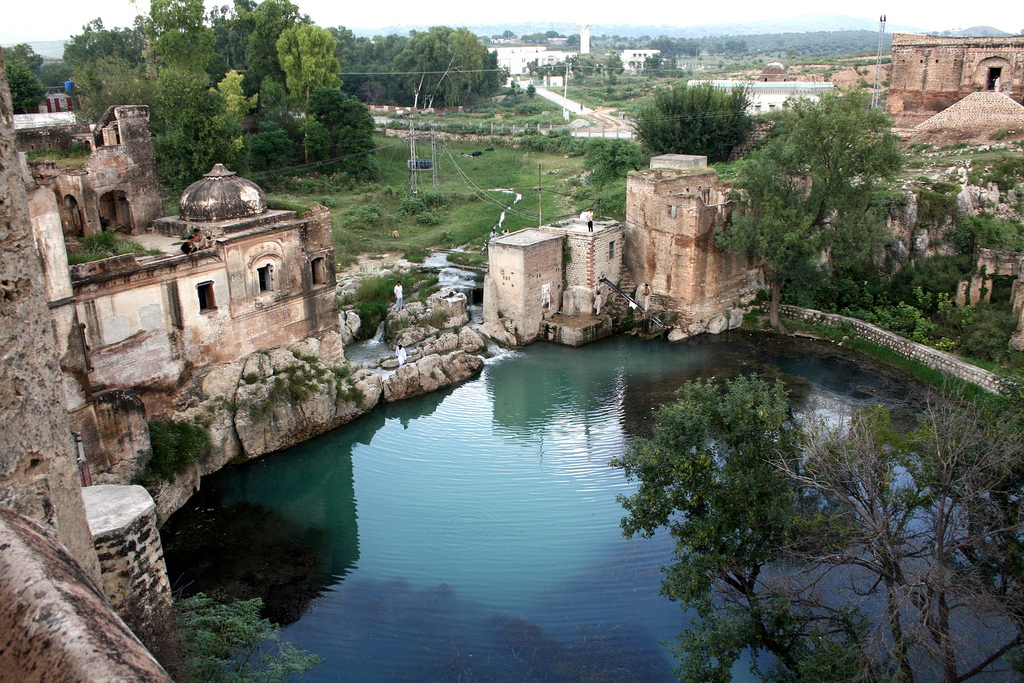 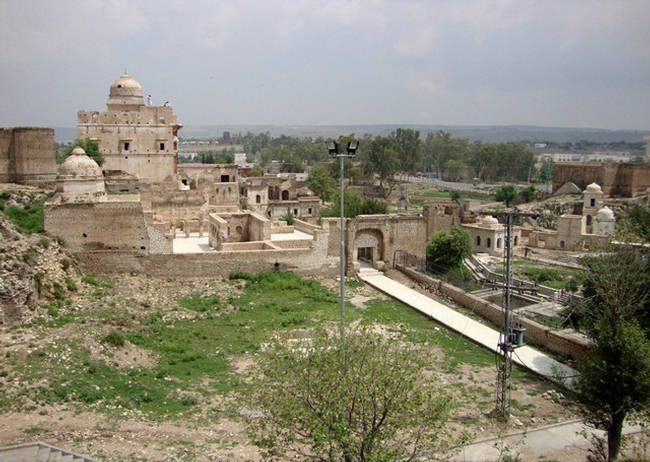 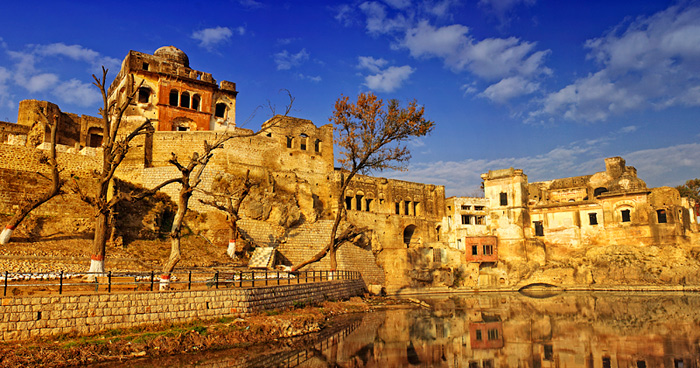 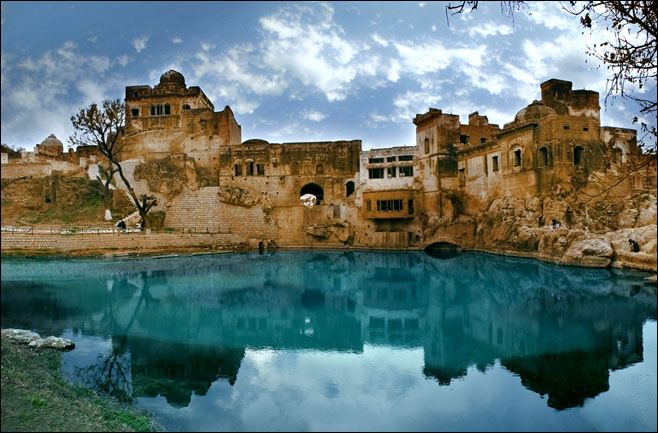 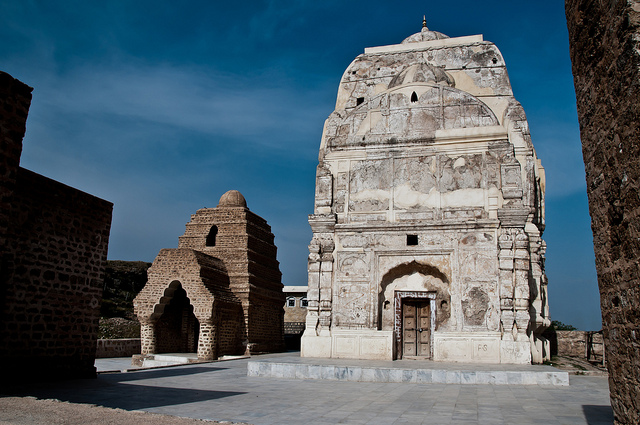 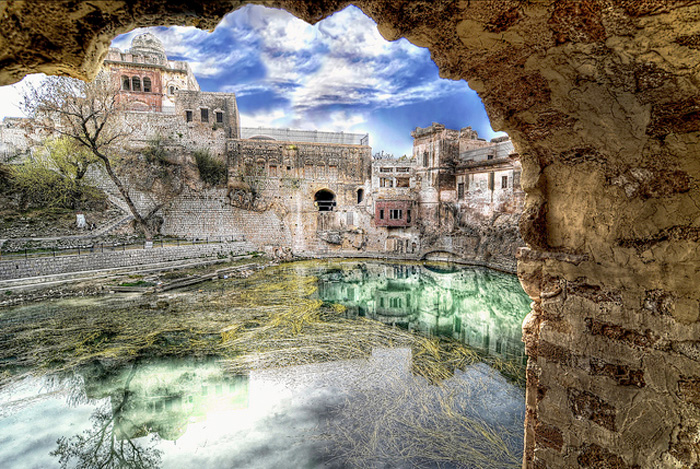 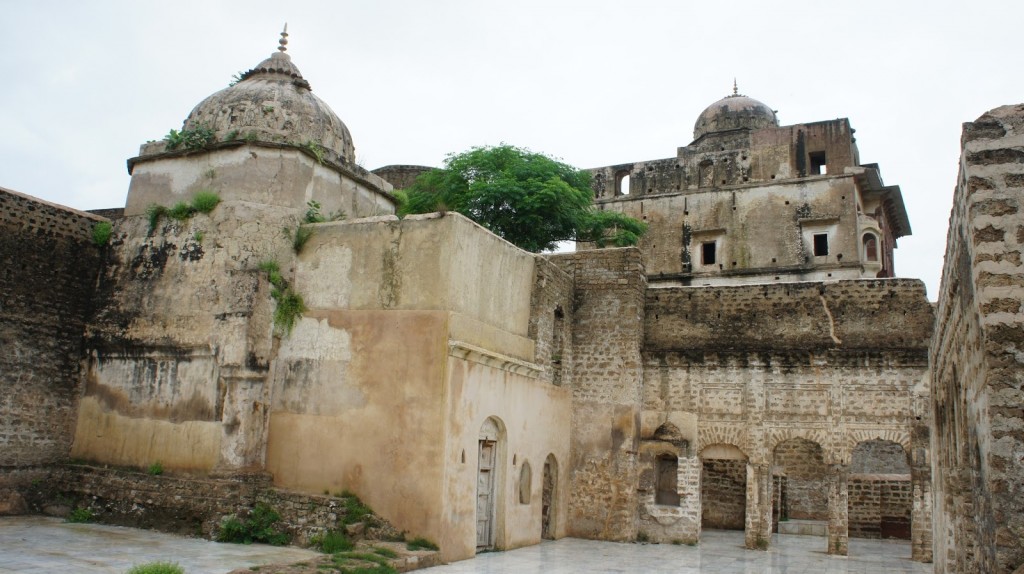 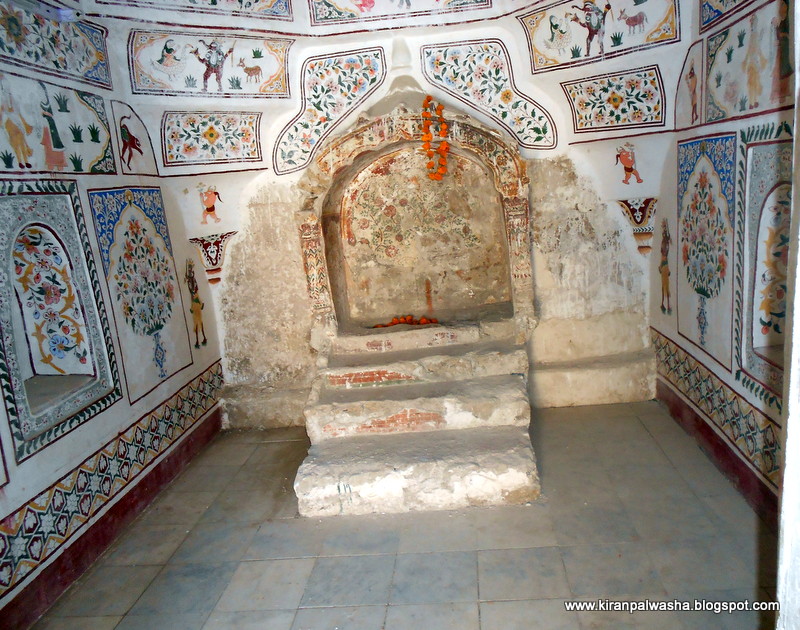 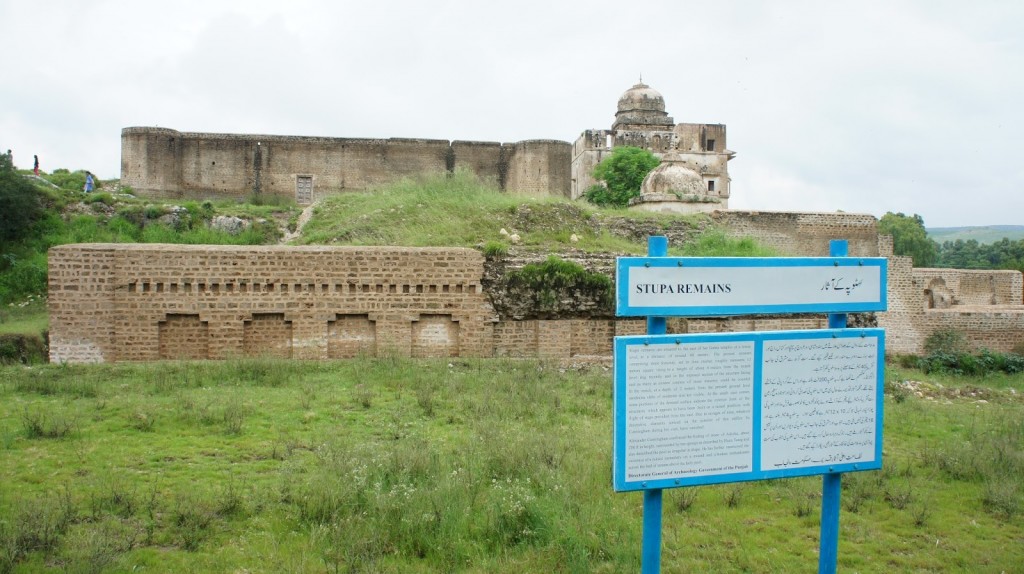 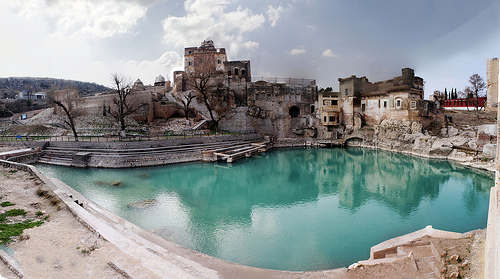 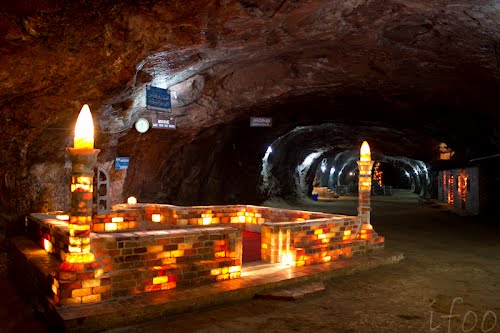 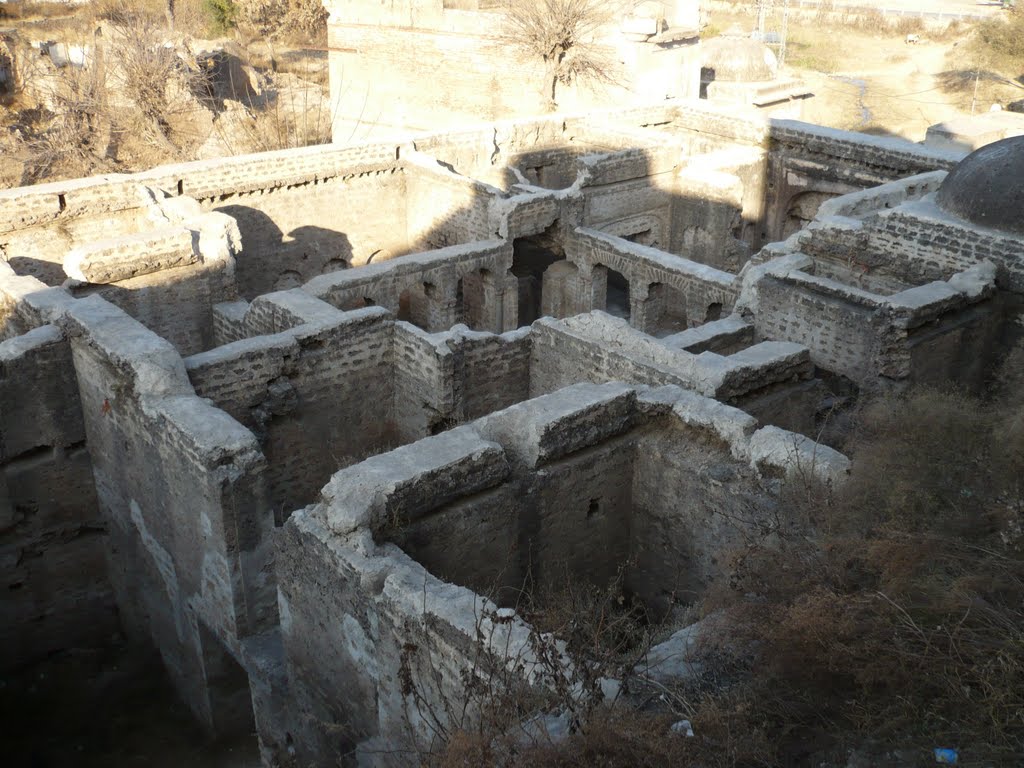 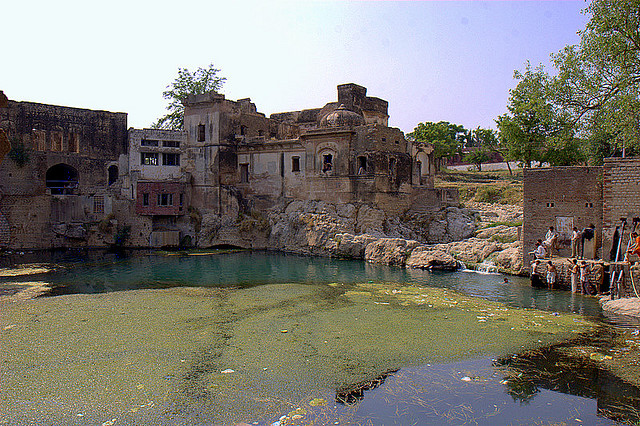 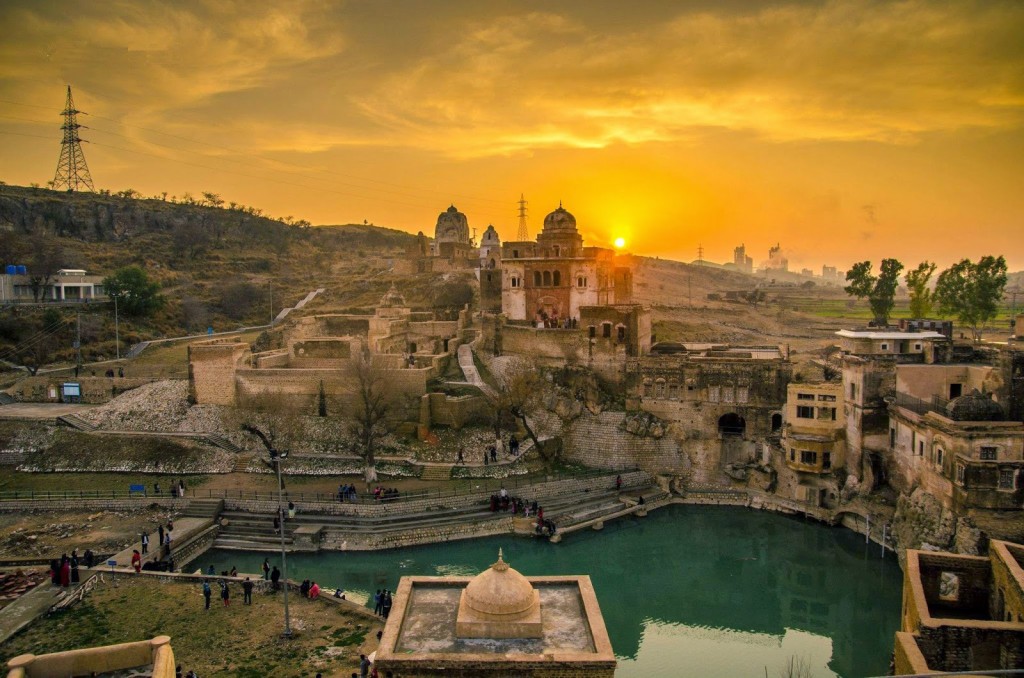 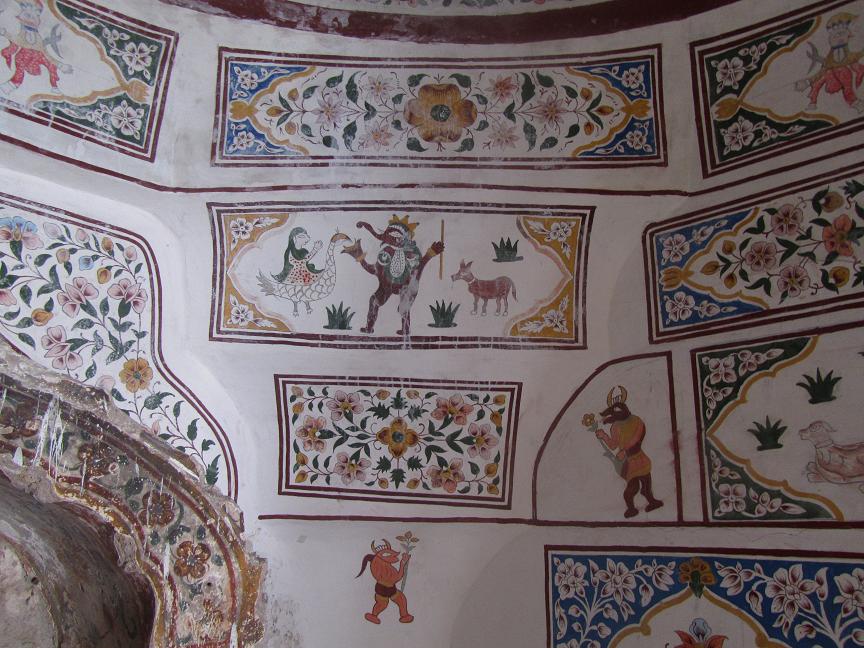