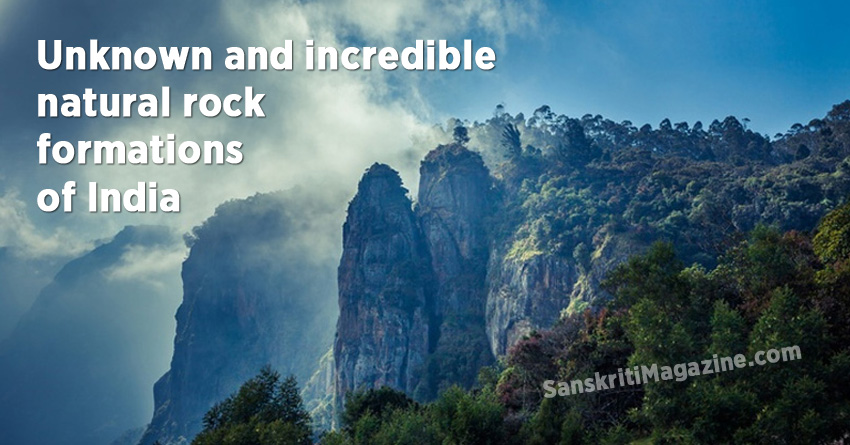 Incredible Rocks of India includes the balancing rocks, Running Rocks and the most beautiful and amazing Marble Rocks of Bhedaghat. The amazing shape and size of these natural rocks are ranked in world’s amazing rock formations list,Also the bhimbetka rock art and huge rock-cut images of Unakoti hills are few wonders of India. 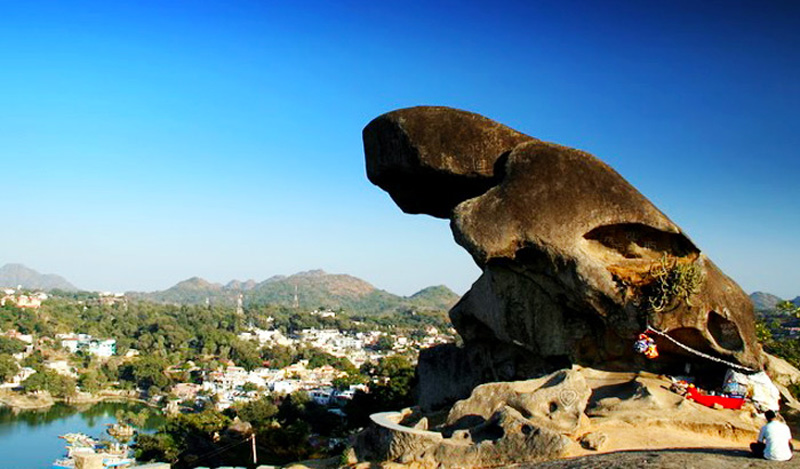 The Arbuda Mountains has a beautiful lake called Nakki Lake and a Turtle shaped rock near the Nakki Lake known as Toad rock. It looks like a toad about to jump into the lake so called as Toad Rock.Image Source:Wikimedia-Kondephy. 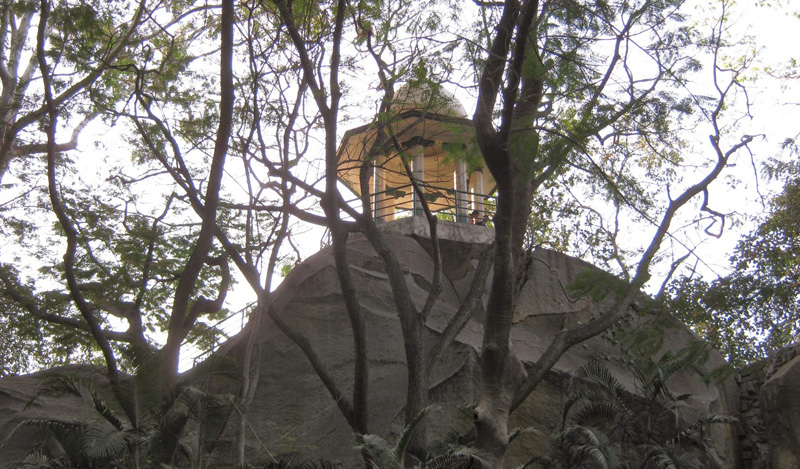 Bugle Rock is a massive rock in Bangalore, It offers panoramic view of Bangalore city. There are three watch tower created on the Bugle Rock which offers the great view of the city of Bangalore. 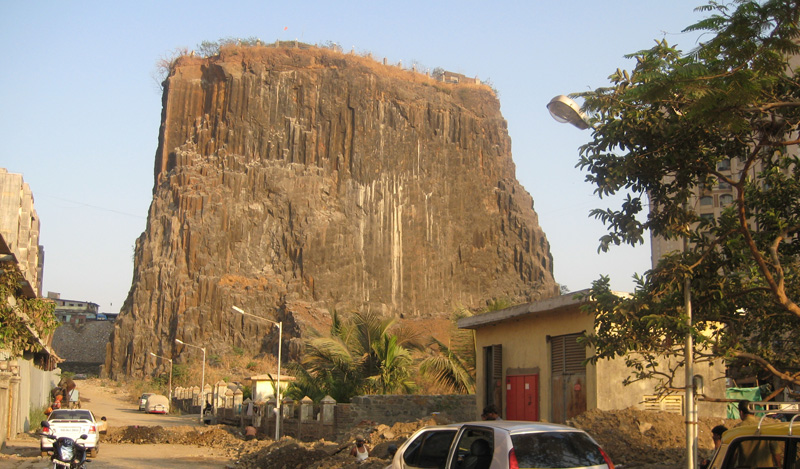 Gilbert Hill is a black basalt rock at Andheri, Maharashtra and the hill offers a panoramic view of suburban Mumbai. Its one of the tourist attraction and stop on tour of Mumbai. 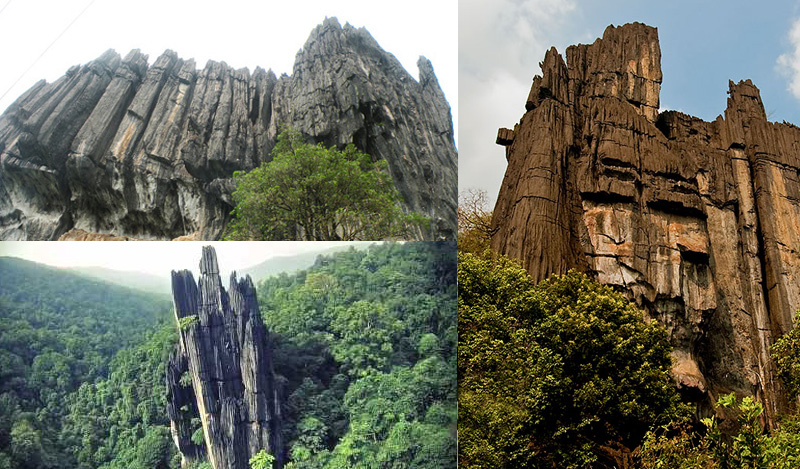 Yana village of Karnataka is famous for its unusual rock formations known as Yana Rocks, located in the Sahyadri mountain range of the Western Ghats. These two massive rock are known as Bhairaveshwara Shikhara and the Mohini Shikhara. 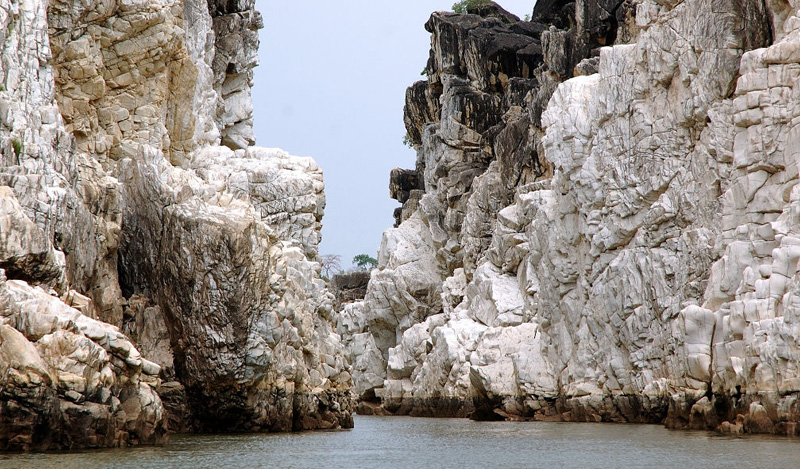 The Marble Rocks are 3 km long beautiful gorge along of the Narmada River in the city of Jabalpur. Its very popular tourist destination in the state of Madhya Pradesh known as bhedaghat. 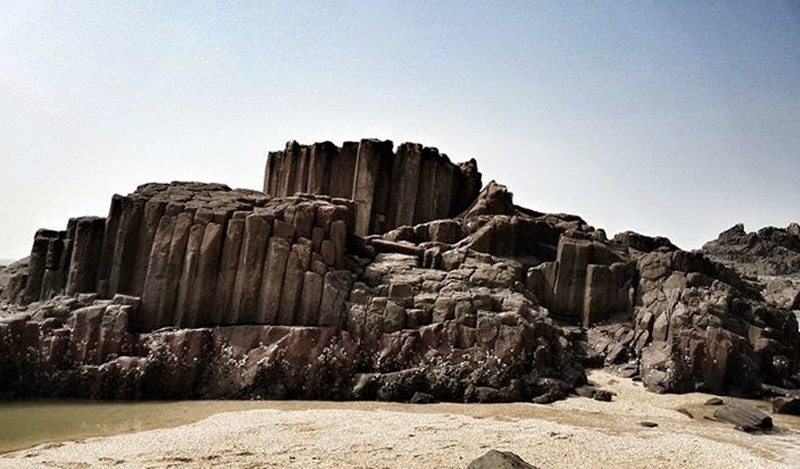 Basalt rocks spread across the beach of St Mary’s Island of Udupi are the major attraction along with the blue waters and natural beauty. 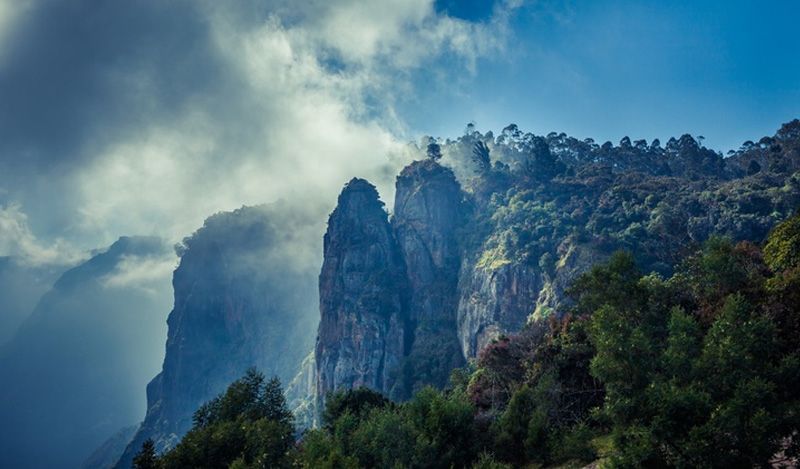 The Pillar Rocks are the set of three giant rock pillars in Kodaikanal of Tamil Nadu and there is an excellent public garden adjacent to the viewpoint. 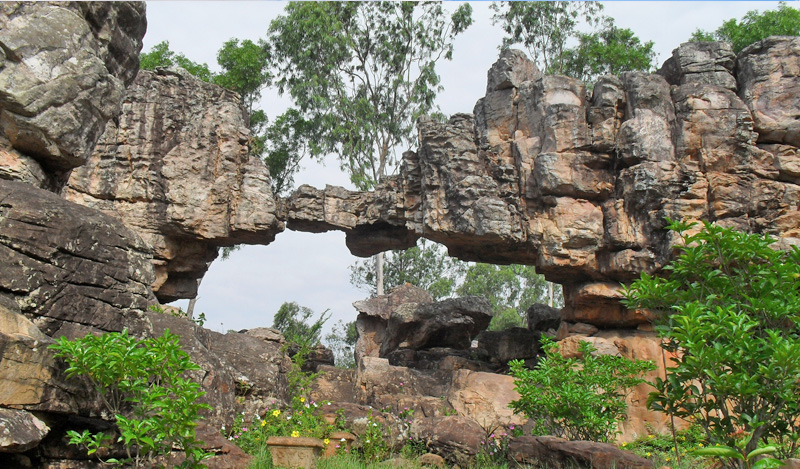 Natural Arch on Tirumala hills is a geological wonder of India, located in Andhra Pradesh. The arch is one of the few natural arches or bridges in Asia and the only natural rock arch in India. Image Source: Wikipedia-Rishabh Tatiraju 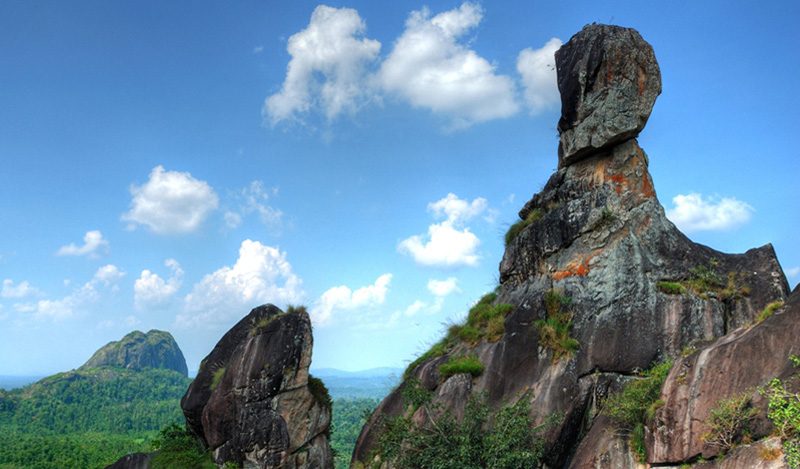 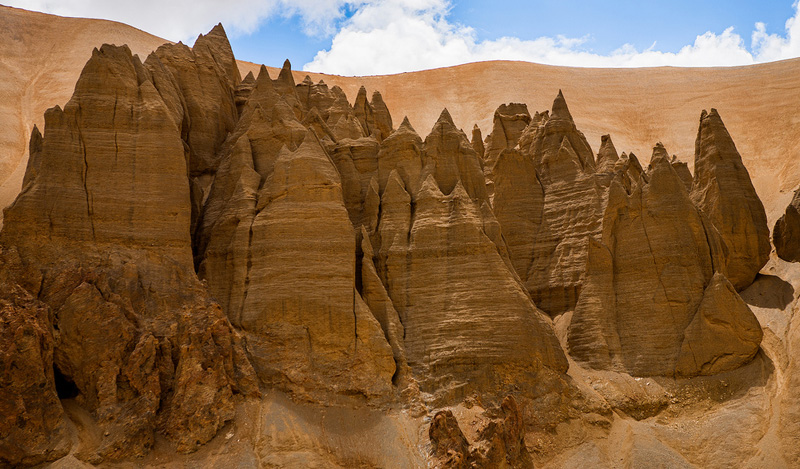 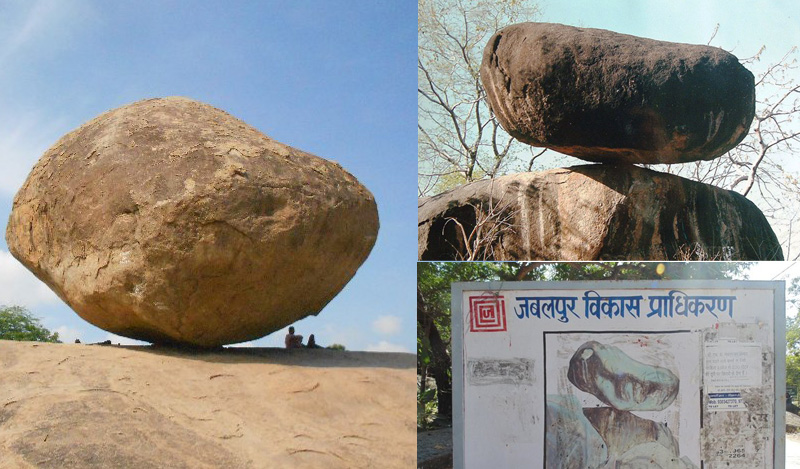 Hampis Boulders are also known as running rocks of Hampi, situated 7km from the world heritage site. These big boulders are major attraction of the place. 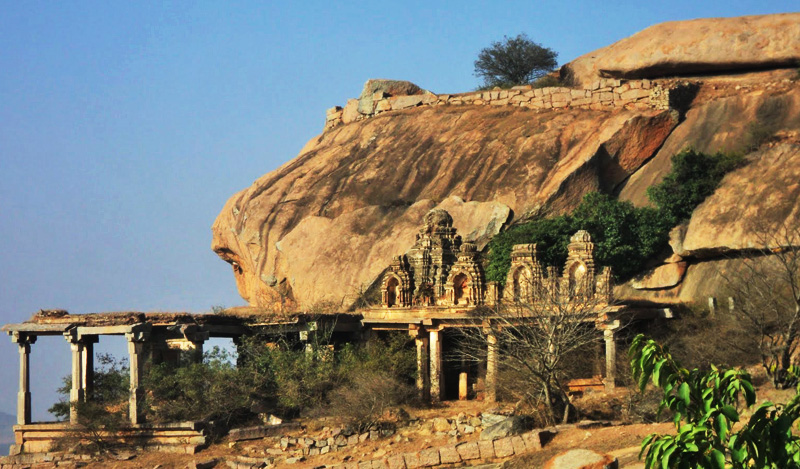 Nijagal Betta is a hill rock located at few hundred metres from the Bangalore, The hill is mixture of ruined forts, temples and some amazing rock formations. 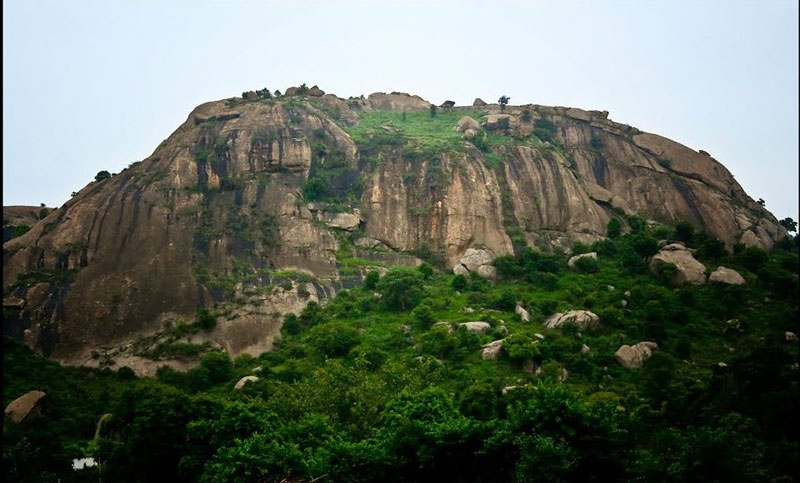 Rocks of Ramanagar and boulders are very famous for adventurous activities like rock climbing, rappelling, trekking. The rocky hills of Ramanagaram are knwon for natural rock formations in India. 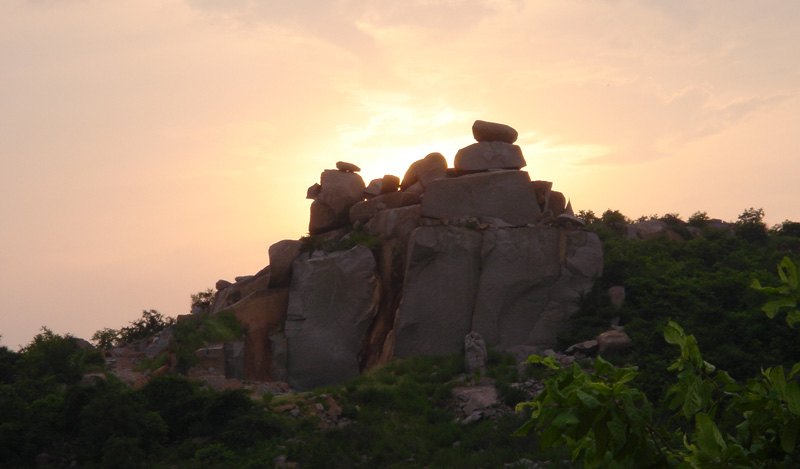 Hills of granite boulders are a common feature of the landscape on Deccan Plateau. Hyderabad is the only city in India where rocks are protected as a natural heritage