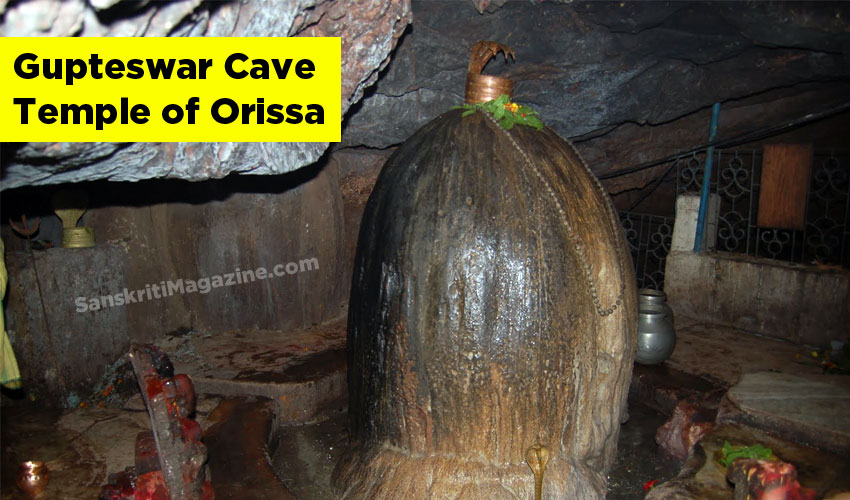 Gupteswar Cave is a city shrine dedicated to Lord Shiva. It is a world-famous pilgrim site situated about 55 km away Jeypore, Koraput District in the state of Odisha, India. It is a limestone cave discovered some time ago and has a number of scenic spots around. The main attraction is the gigantic Shiva Linga which is said to be increasing in size. Pilgrims from all over the country come here during the Sravana period, because the yearly BolBom yarta is held in this place. Devotees walk to the Gupteshwar during BolBom yatra to bathe in the maha kund, and then chant near the Shiva Linga. The cave is more or less like the Bora caves ( India – Odisha and Andhra border ). you have got same feelings in other natural places. But this Gupteswar cave is special for the underground water and the view of Davis fall from the farthest end of the cave . It is really worth seeing. It is a natural cave with Stalagmites. One has to reach the end to view the superb scene.

A land where religion is the essence of existence, it is but natural to find deities embedded in beliefs and lores of people. The same holds true for Lord Gupteswar of Jeypore. The deity is not just a godhead but the center of life of the people living in Koraput district. Not a task is performed by the people without seeking His divine blessing, not a morsel taken without offering Him His share first.

Lord Guptewsar also holds significance because of the allusions it finds in ancient texts like Ramayan. Places like Dandakaranya and Panchvati that have been significant in the life of Lord Rama (Lord Rama stayed here in exile with Sita and brother Laxman) have more often than not been ascribed to be belonging to Koraput district in Orissa. Many events and places that have blended in the folklore and life of people in Koraput directly or indirectly refer to it’s allegiance with Lord Rama. The poet Kalidas too, described the scenic beauty of the adjoining Ramgiri forest where the cave temple is referred to in his famous Meghadutam.

Gupteswar is one such place. An important place of worship of Lord Shiva, Gupteswar has its reputation spread far and wide. Huddled in a cave in deep forests of Jeypore, Lord Gupteswar is worshipped here as a Phallus (Shivalinga).

The Legend of Lord Gupteswar of Orissa

It is widely believed among the populace that Lord Rama, during his exile had stayed here in Dandakarnya – a deep forest. It was he who had discovered this self-formed (Swayambhu) phalanx of Lord Shiva in the cave and had started worshiping it. Since the shivalinga was unknown to the rest of the world, he named it GUPTESWAR – The secret Lord.

There is another interesting story associated with the rediscovery and proclamation of the holy shrine. It is said that King Vikram who ruled over Jeypore had once gone hunting. While chasing a deer, he entered into a cave which was being guarded by another man. Upon inquiry the man who himself professed to be a hunter, denied having seen a deer entering the cave. The tired king then follows his course to a small waterfall near the cave to quench his thirst. After this, he fell asleep in the cave and dreams of the presence of Lord Shiva in the cave. The king to his amazement, fails to track the other hunter upon waking and locates the Shivalinga in the cave instead. It later dawns to him that the hunter might be Lord Shiva Himself and the fawn, the Shivalinga. The king then proclaims the idol and Lord Gupteswar is brought to the attention of the people living there.

Situated on the bank of Sabari river, Gupteswar is today a place that is thronged by devotees who believe that Lord Shiva grants the wishes of his devotees. Surrounded by a dense forest of sal trees the 2m high lingam stands in the cave One can reach it by climbing the 1000 steps flanked with rows of champak trees. The entrance of the cave is about 3 m wide and 2 m in height. There are also several other caves nearby. Inside the second cave there is a large stalactite. People worship it as the udder of God Kamadhenu (the divine cow) and wait under it with outstretched palms to collect drops of water which fall only at long intervals.

Also known as “Gupta Kedar” in the vicinity, the God is worshiped widely in the regions of Chattisgarh and even Andhra Prades. During the festivals of Maha Shivaratri, the cave shrine of Gupteswar is known to draw as many as 25000 devotees. Such is the belief of the local people that they arrive here in multitude and remain for months at a stretch to seek the divine blessings of lord Gupteswar. People suffering from incurable diseases come here to worship the God and remain here for months in the hope of getting cured.

The cave is today connected with the bottom of the hill with a flight of 1000 stepped staircase. This has made it possible to accommodate more and more devotees .Similarly a well connected road to the nearest town Jeypore and hotels near the temple has ensured that the devotees do not face any problem during their visit to Gupteswar. 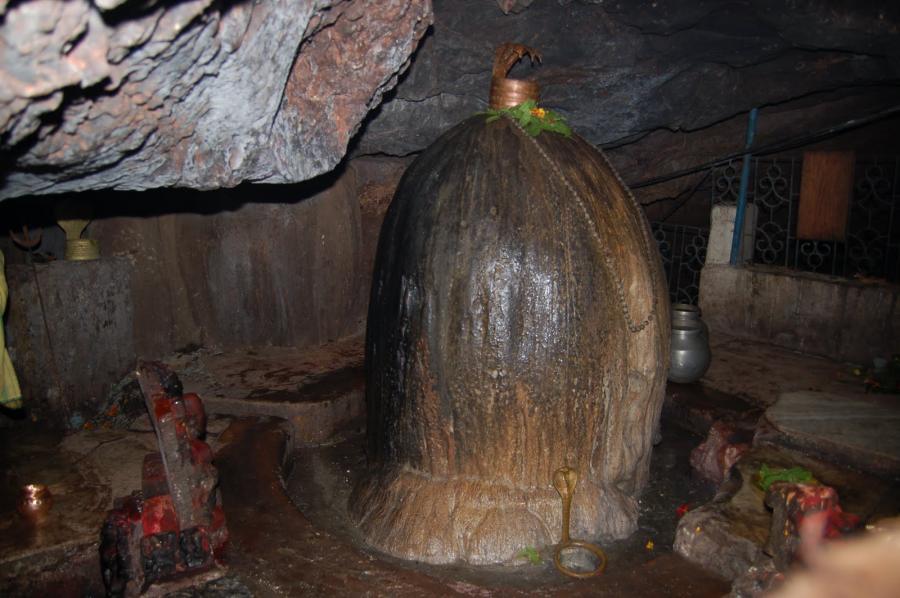 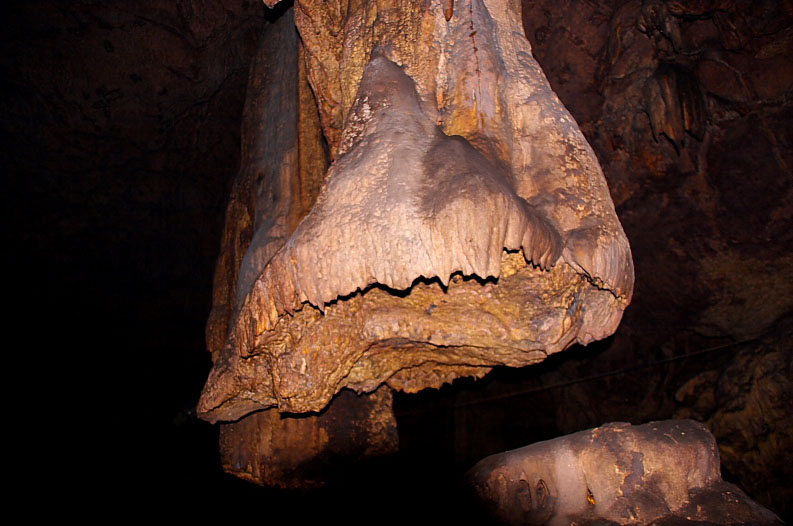 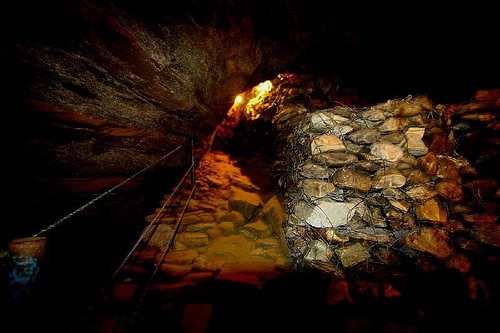 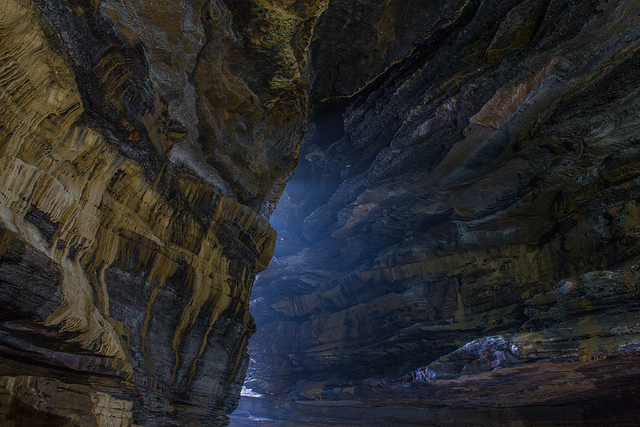 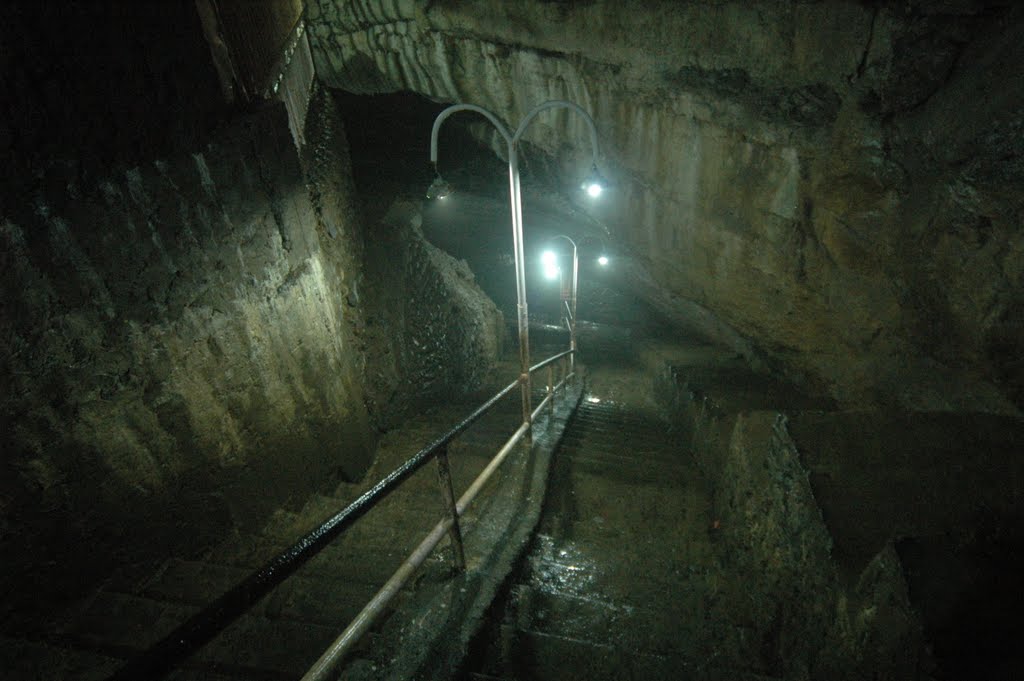