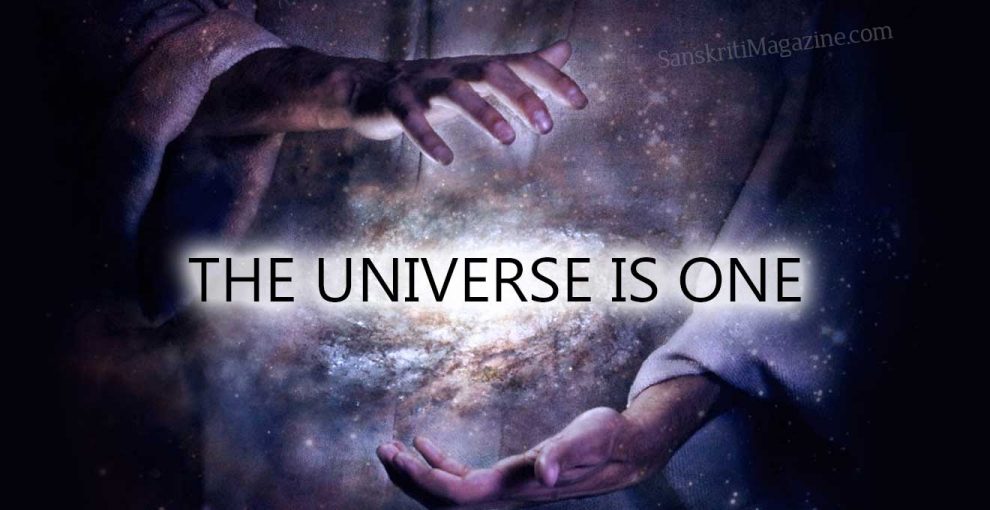 Man can never invent anything but can only discover. The so called inventions are either discoveries or innovations, i.e., either tumbling upon something that already exists or finding out news uses or applications of things that were hitherto unknown to him. In nutshell we can say that man is still in the process of exploring and experimenting the uses of the various material things in the world. Man equally cannot destroy any thing that is the creation of the nature. What we normally call as destruction is nothing but dissolution. All the material things (or matter) get split and broken down into their basic elements, which in turn get transformed again into material things (or matter).

This is the law of the nature and therefore what we call as the three stages viz., creation (Srushti) , stability (Sthithi)  and dissolution (Laya) are a cyclical process where the matter gets transformed from one stage to another ,only to repeat the process in a cyclical manner. Energy or power is present in all the material things and the living beings. As the material things are static, one can feel the presence of energy in material things only when they are propelled by momentum caused by force externally. Whereas, the energy in all living beings is infused by prana (oxygen) through breathing process.

If one observes the nature one can find that all the living beings other than the man believe in co existence and living in harmony with the nature. Man is the culprit who tries to disrupt the nature by indiscriminate use of the natural resources by his greed that results in ecological imbalances culminating to disasters that are manmade but termed as natural disasters!!! Why is the man so selfish and greedy? Probably man is endowed with mind that gives him intelligence and this is the only differentiating factor between the man and all other living beings.

One does not find such fear and insecurity in other living beings as they do not think or worry about the future. The basic instinct that these living beings possess only enables them to respond to an immediate situation but not beyond that.

Man carries with him the baggage of past, present and the anxiety of the future that creates this complex situation for him. If the man sheds the baggage of past and the anxieties of future he can live in the present. Living in the current moment enables the man to detach himself from the past and future. When this detachment is practiced continuously he will reach a stage where he is equally detached from the present, though he lives in the current moment.

Man becomes an observer of the events though he is a part of such events. Such an act of observance with detached attitude will result in removing the fear and insecurity from his mind since he does not have any worries about the future nor influenced by the events of the past but just gets going with the flow (of the present). What is this stage? This is the consciousness that transcends the time frame of past, present and future but encompasses all these three phases.

As we have discussed earlier all the matter in the universe goes through the process of creation, stability and dissolution (changing the form but not the content) only to repeat the cycle continuously. In the same way all the living beings go through a similar process of birth, growth and death that is also cyclical by nature. The energy in material things is propelled through momentum by external force (as these material things cannot breath) whereas the energy in all living beings is propelled by internal force, through breath or prana.

Therefore, prana is the common force behind the kinetic energy or movements of all the things that exist in the universe (including the living beings). Living beings cannot exist without air and therefore the universe is filled with air (what we call in other words as oxygen). The waves in the air are caused by vibrations. “Everything in Life is Vibration” – Albert Einstein

Everything in the world is made up of atoms and these atoms are in constant state of motion. Vibration is the rhythm behind such motion of the atoms. The consciousness that we have discussed earlier which is present in the man is part of the vibration that is spread across the universe.

“If you want to find the secrets of the universe, think in terms of energy, frequency and vibration.”  ― Nikola Tesla

Our level of consciousness is therefore determined by our levels of frequency. The supreme consciousness of the universe is nothing but energy which is timeless and eternal that can neither be created nor destroyed but can only get transmitted or transferred from one form to another.

Connection between our breathing, sound and frequency

If we observe our breathing process – inhaling and exhaling, we notice that while inhaling it generates the sound –so and while exhaling the sound- hum. If we remove the sound sa and ha from these two sounds (i.e., so and hum) we get aum or om. That is why our ancient sages said om is the origin of sound and universe. Om contains three letters in it – Aa, Woo and Mmm. If one observes while uttering the letter Aa our mouth opens widely, while uttering Woo the mouth moves forward and while uttering Mmm our mouth becomes tight lipped. Any language in the world, while speaking invariably one has to use at least one of the above lip movements (phonetic sounds) when pronouncing any word in that language.

By having control over breathing pattern one can not only increase his life span but more importantly tune up his frequency level in alignment with the energy of the universe. One can therefore raise his level of consciousness to be in conformity with the supreme consciousness of the cosmic energy through this process.

“Beyond the vibrations of matter in its gross and subtle aspects, beyond motion there is but One.”- Swami Vivekananda.

Satsang for your psyche
Understanding the Meaning of Spirituality: From the Upanishads
Comment