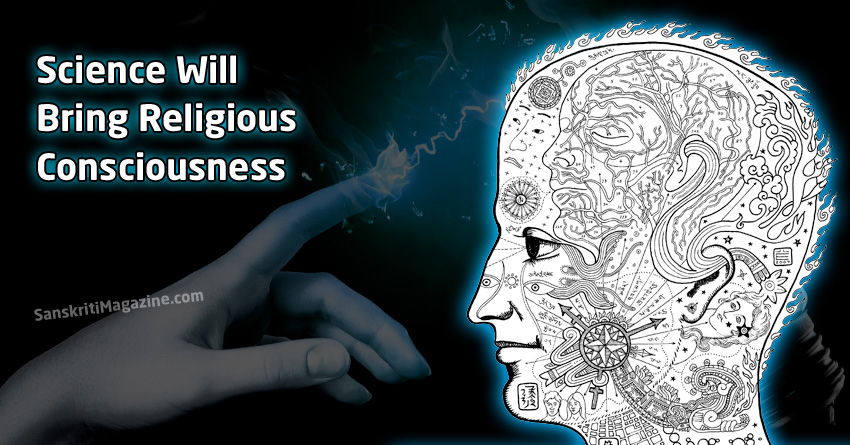 I am not against science — my approach is basically scientific but science has limitations, and I don’t stop where science stops; I go beyond. Use science, but don’t be used by it. It is good to have great technology; certainly it helps man to get rid of stupid work, to get rid of many kinds of slavery. Technology can help man and animals both. Animals are also tortured; they are suffering because we are using them. Machines can replace them and do all the work. Man and animals can both be free.

Religion is the ultimate in luxury. The poor man has to think about food, shelter, clothes, children, medicine, and he cannot manage these small things. His whole life is burdened by trivia; he has no space, no time to devote to God. And even if he goes to the temple or to church, he goes to ask only for material things. His prayer is not true prayer; it is not that of gratitude; it is a demand, a desire. How can he find a few hours just to sit silently, doing nothing? He has to think about tomorrow.

Poverty is not spiritual — poverty is the source of all crime.

For me, spirituality is the ultimate luxury — when you have all and suddenly you see that, although you have all, deep inside there is a vacuum which has to be filled, an emptiness which has to be transformed into plenitude. One becomes aware of the inner emptiness only when one has everything on the outside. Science can do that miracle. I love science, because it can create the possibility for religion to happen.

Man has lived irreligiously: talking about God, certainly — going to the church, temple, mosque — yet his life shows no flavour of religion.

My vision of religion is totally different. It has nothing to do with poverty. I would like the whole earth to become as rich as paradise, even richer,so that people can stop thinking about paradise.

Society needs science; it also needs religion, but I would say that science should be the first priority. First know the outer, the circumference, and then only the inner — because the inner is more subtle, more delicate. Science can create the space for real religion to exist on earth.

My Initiation Into Spirituality

Free of constraints, you are the Universe
Enlightenment Is Self-Annihilation
Comment