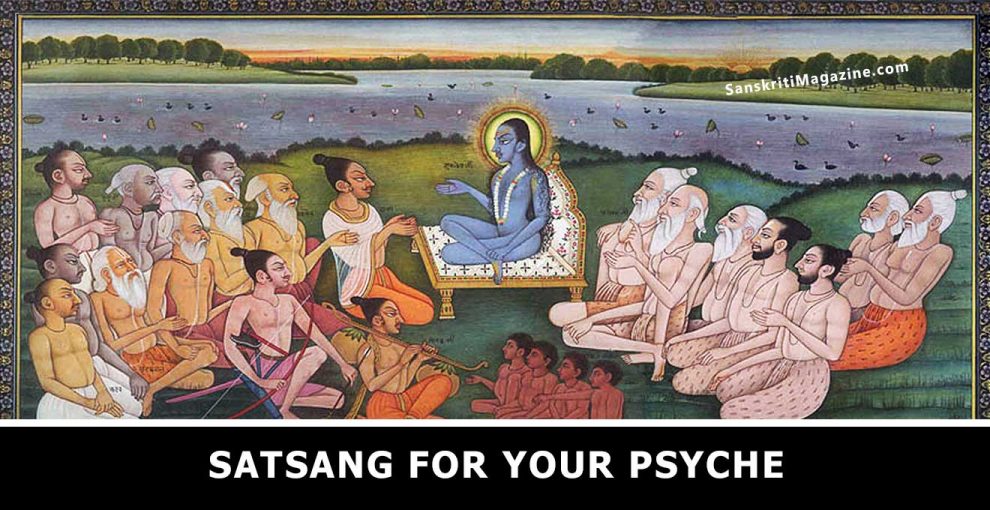 ‘Satsang‘, the concept of a spiritual gathering is either construed as a gathering of elderly aunties singing freestyle or a new age cosmopolitan hippie jam session but there is a deeper truth, the Sat of why the concept exists.

Carl Jung indicated that ‘Tribal gatherings‘ were really healing to the psyche,  that part of you that is also a part of the all. Mental illness, he argued was due to archetypes not being integrated due to the fall of worship of images, Gods, etc.

Satsang unfortunately also connotes the religious prude image where all the ‘fun’ is drained from the life of the hedonist. However seen from Jung’s eyes it’s worth just going for the inherent therapy and most of all the positive influence, viz. the psyche only changes with influence, live with a pig and you learn to grunt; this may be high on the agenda for a zoologist, so everything in context please!

I want to live with the Sat, that doesn’t make me a Sati, but a Satsangi, but symbolically as a Sati I am happy to burn my ego on the funeral pyre in a complete loss of identity to reach Sat, the Truth.

The notion of the elders itself isn’t synonymous with haute modern living, we seem to remain in the illusion of eternal youth with forever trendy clothes but the world this way doth not spin.  We are all subject to old age and that aunty is you in ten years time, this is the Sat of the matter.

It depends what you want out of life and if you want a more natural route to psychological balance, there is safety in numbers and when you come of the gathering the Sakoniness of the neighbour melts away as he is just a speck in the vast cosmos, people share their life challenges and you are no longer the lone Joan of Arc gallivanting against your problems but more of a sunshine of lived wisdom from individuals and the Vedas that melts the challenges into illumination in your consciousness.

I have no shame in being called a satsang girl, from me it’s like a warm bowl of dal on a rainy day, a lovely womb of Sat for my Chit that brings a lot of Ananda.’