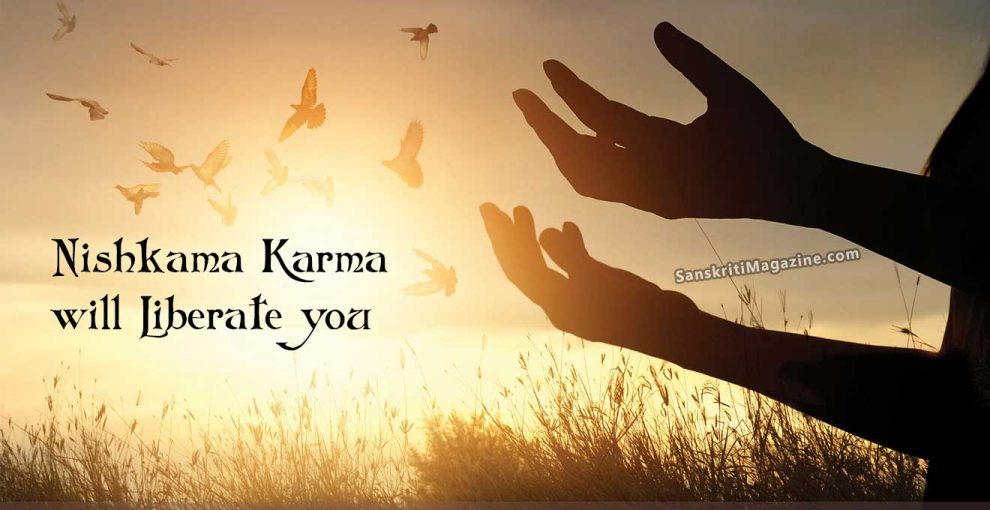 As long as you are alive, you cannot stay without performing karma. But is it possible that although actions happen, yet there is no bondage of karma? Why look far — see the life of Krishna himself. Did he stay engrossed in samadhi all his life? On the contrary, his life was full of diverse, colourful actions. He had to deal with one or the other troublemakers all through his life, right from childhood — be it the demon Bakasur, or his uncle Kansa, followed by a succession of enemies in his adulthood. There were occasions when he had to physically fight his enemies.

And then, there were times when he had to flee from the battlefield, and hence, he was also known by the name Rancchoddas. Krishna could do that too. For if his wisdom guided him to flee the battlefield, then that is precisely what he did with no compunction whatsoever.

It doesn’t matter what Krishna did or didn’t do, because for him karma was just a make-believe game. It is a fact that all actions, performed after attaining the discerning knowledge of what the truth is and what the untruth is, are no more than part of a mirthful play. That is why Krishna’s physical presence on this earth is referred to as his lila, which means his divine play. Be it frolicking with gopis, romancing Radha, marrying Rukmini, relating the Gita to Arjuna, or getting his entire clan destroyed by instigating infighting amongst his descendants — it was all no more than a play to him. Whatsoever he did, he did with love and wisdom, with no regrets.

Krishna was the embodiment of the supreme consciousness, flawlessly perfect and complete in the real sense of the word. And he performed all his life’s actions with detachment, being firmly established in the absolute truth, securely rooted in the eternal, indestructible, omnipresent existence. Such an attitude towards actions, such karma performed without any underlying selfish desire, without any expectation of getting anything in return is known as nishkama karma.

Such a person has no desires left, none whatsoever — not even the desire for yoga-kshema, meaning there is no desire even for safeguarding the attainment of that which is unattainable. Krishna says that for such evolved beings, who have transcended all duality and are firmly established in their true nature, the Lord takes on the responsibility of their yoga-kshema. They need not worry about anything.

You have the choice to perform actions. And how you perform those actions is also up to you. But, says the Lord, you cannot dictate the fruits of those actions — it is not in your hands. Hence, don’t perform actions for any desired results. Furthermore, the Lord adds that don’t think on the lines of why should I perform any action if I am not going to receive the desired fruit of the action. This too is inappropriate.

Just perform your duties without any expectation of appreciation and without any desire for the fruit — neither gross nor subtle. Failure and success should not stop you from doing your duty, your karma. Do virtuous deeds, as this will make your intellect pure, and the supremely blissful satchidananda will be reflected in this refined intellect. You will overflow with such joyous contentment that you will spontaneously share it with one and all.

Is it possible to do nishkama karma? Yes, but conditions apply. The one who understands the value of this life, the one who has transcended the body, mind, and intellect, and has known his real identity, the one who has comprehended the meaning and the very purpose of this life — he alone can enter the ambit of nishkama karma. Perform your actions deftly with an equanimous intellect, for it is this balanced intellect which will liberate you from all bondages. ■