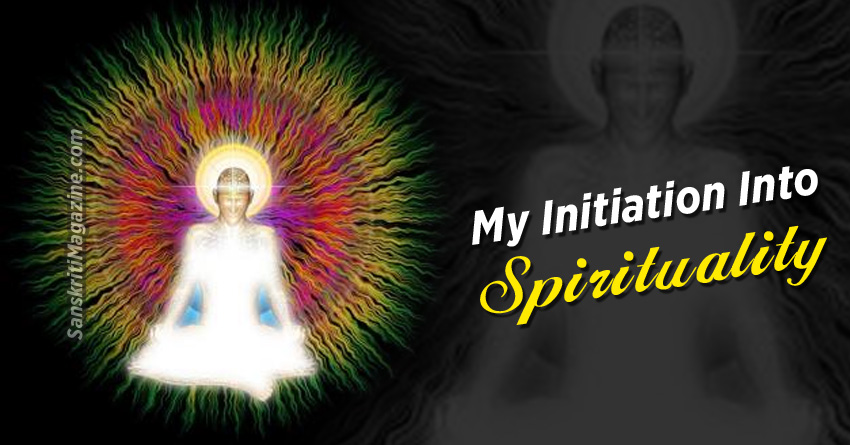 Soon after my birth an astrologer had a look at my birth chart and announced that this boy would become a sannyasi. This statement did not go well with both my parents and grandparents who would have none of that, and sent the astrologer on his way. Although the astrologer did leave, he challenged that if what he had predicted did not happen, he would give up astrology for all time.

As a child, my interests revolved around all things “mythological” and I would relish the stories of Rama and Krishna narrated to me, but in all other aspects acted as a normal child would. I was tolerably good at school and made decent grades. I loved to play on the streets and had a gang of friends with whom I would play cricket.

There was nothing in my childhood life to suggest what the astrologer said would come to pass.

Till I was thirteen years old, I used to travel to my grandparents house in Yercaud (Tamil Nadu) each holiday, and used to spend my time picking fruits from the numerous guava trees that dotted our garden. The house was situated on a large piece of land with numerous fruit bearing trees, bee hives and roses, which held all of my attention during my visits there. My grandparents doted upon me, as I was the first grand child in the family, and the son of my grandfather’s third son. What ever I wished for was bought; what ever I asked for was given.

One of those years when I was at Yercaud, I had an acute pain in my stomach, which got worse as time passed. The doctor who was consulted suspected it to be appendicitis and asked for me to be immediately shifted to Salem for medical attention. This was a time when hospitals in Yercaud used to be very basic, without good facilities, and one had to travel down hill even for emergencies. It was during this time that a helpful gentleman, Mr. Mathew, took me in his car down hill and admitted me to a hospital. By the time I was admitted, the appendix had been fully infected and had burst. The doctors were worried and had to perform an emergency appendectomy. It was during this time that my father prayed to Lord Ayyappa, that he would bring me to his temple the following year, and prayed for my life to be saved.

The next year, one day my father came to me with a thulasi mala and announced that I would accompany him to Sabarimala that year. The forty five days of following the vows that go with a visit to Sabarimala was my first experience of a sattvic life. I loved the daily pujas and would insist on doing them myself. For many years this continued and it was an enjoyable period of time for me.

During the year 1991, my father was in search of a guru and had met a man who exuded all divine qualities. He accepted this person as his guru and was regularly visiting him. Although we used to hear stories about this godly person from my father and the miraculous powers he exhibited, I never had a chance to meet him in person. After a few months, my father’s Guru was leaving for Mt. Kailash, and I too accompanied my father to see him off.

The moment I met him I felt that I had known him for eternity, and seeing him was the most natural thing to do. He immediately put me at ease and lovingly put his hand on me. Although I did not understand then, it was the defining moment of my life, which was about to change me forever. On his return, I used to visit him regularly and began to be interested in spirituality. My guru had traveled the length and breadth of the country and had visited many spiritual giants. He had visited the forests of Mahendragiri and had meditated there. A spiritual powerhouse, my Guru drew me in and showed me the play of the divine.

Being an inquisitive teenager, I used to question him and doubt many of the things he said. My guru was the type who demonstrated more and preached less. So one day, I asked him what is meditation and how does one do meditation? He answered me by placing his finger on my forehead between my eyebrows and that very instant, I went blank. No thoughts, and I could feel the energy pouring into me like a raging torrent. My entire body was buzzing and my head felt light. In an instant he not only answered my question, but set in motion a life long yearning for the divine.

After this incident, I used to have visions with regularity. One day during a public function, I was standing in a corner watching my guru dance. Then suddenly, I saw bright discs of light like a spinning saucer leaving the finger tips of my guru and entering the heads of some of the people in the audience. It was like watching a fireworks show, but the difference being, I was in a hall and there were no pyrotechnics.

Thus began my lifelong relationship with God, without which life has no meaning.

How To Manage Expectations
Free of constraints, you are the Universe
Comment