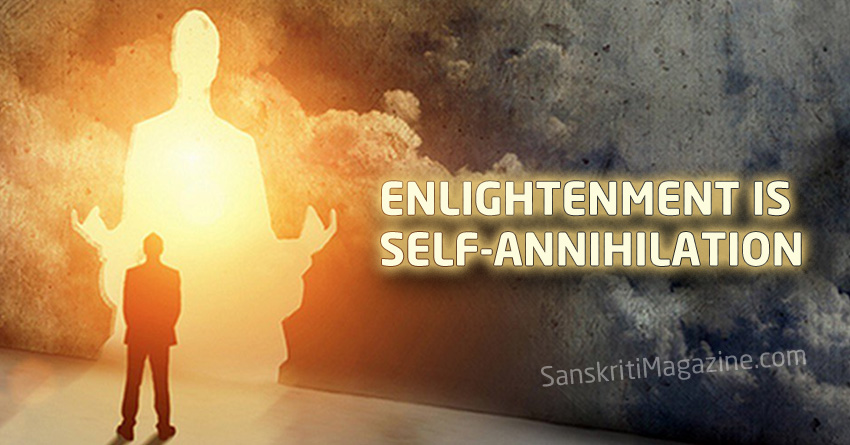 In India, enlightened beings have been referred to as dwijas, meaning “twice-born.” The first time, you were born out of your mother’s womb. It happened unconsciously; you did not make it happen, nature did it for you. When you were born, you came with a certain innocence and blissfulness, but since this did not happen consciously, anybody can corrupt it and take it away. For some people it was taken away by the time they were twelve, for many it happened even before they turned five. Children are becoming tense today because they lose their innocence so soon, depending upon the volume of influence that people have on them.

If you have to be born once again, you must die first. If you are not willing to die, the question of being reborn doesn’t arise. This does not mean dying physically. If you leave this body, some other nonsense will be waiting for you. But if you die the way you are, if you destroy everything that you called “myself,” then you are born once again. This kind of birth happens one hundred per cent consciously. Once again you become blissful and innocent, but fully aware. Now, this blissfulness cannot be taken away by anyone. So what you call ‘enlightenment’ means a conscious self-annihilation, which is completely different from seeking physical wellbeing.

Most people are not thinking of enlightenment. They want to live a little more peacefully, joyfully, efficiently and effectively. We can use Yoga for that also, but it is a poor way of making use of yoga because yoga is capable of delivering you to another dimension. The real benefit of yoga is that it changes the very fundamentals of who you are. It is an opportunity to recreate yourself the way you want. But right now, people are just trying to live a little better. It’s okay. Whatever people feel is missing in their life needs to be taken care of to some extent. Otherwise they will not seek anything higher. If you talk about enlightenment to someone who is hungry right now, it will not mean anything to him – he only thinks of food.

When we initiate people into Yoga kriya, it is transmitted in such a way that it gives a taste of another dimension, so that people will have the impetus to seek it. We don’t want to deny anyone enlightenment just because they don’t know it. At the same time, nothing forces itself upon you. You can use it anyway you wish. If someone were an ascetic and a “fulltime yogi,” he would be initiated in a completely different manner. Generally, the initiation is such that one can make use of it in many different ways.

So, if right now all someone wants is to be peaceful, happy, and do better in the activities they are doing – it is okay to have that. There is nothing wrong with it, but the longing for enlightenment has not come yet. Still, the basic longing is to live better.You want to live well. When you have lived enough and you know that living better is not going to get you anywhere, then you want to go beyond life.

For most people, it takes a certain amount of time and maturity to understand that whatever you make of yourself, however wonderful it is, in the end, it will never be enough. Only when who you are is no more, everything becomes wonderful.