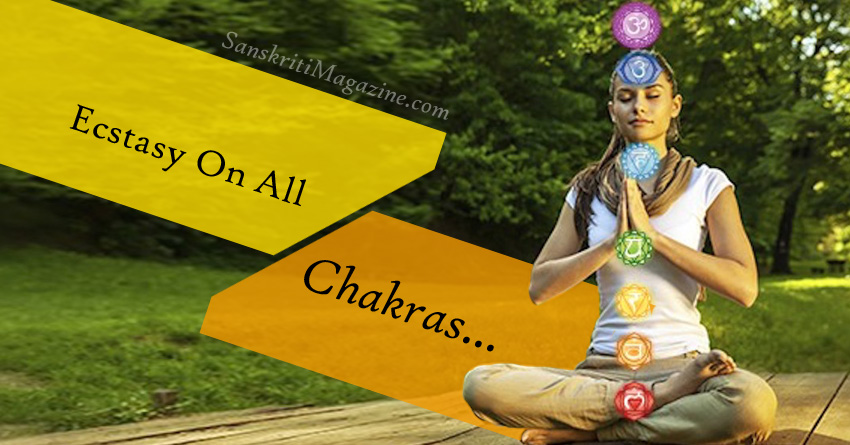 Sexuality is not a force or an adjective for physical union; it’s an intrinsic part of human evolution, says Meena Om.

The universe is interwoven and interconnected for creation, perfection and destruction. Everything in it has a role to play for constant evolution. Nothing is frivolous. Only when we have used all available powers to the maximum, acquiring wisdom and clues for further evolution, are we bestowed with greater power.

True love is universal life energy — the supreme driving force behind sex and spirit. Sexuality is not a force or an adjective for physical union; it is a thrust of energy guided by prana that flows through us, enabling us to experience ecstasy at all chakras or energy pools. Ecstasy is fulfillment; the climax of the joy of creation is not meant only for the mooladhar or root chakra.

We have seven centres that can experience this fulfillment; we can reach the climax only because of true love force, enhanced by constant dhyan or concentration. Human intellect can organise, discipline and reform thoughts to channelize sensibilities and capacities. Physical gratification alone would amount to lust, and so one is deprived of attaining higher planes. That is, reaching a state of poorn or whole in awareness, completely in rhythm with the universe.

Sexuality is the converse of life force, and human evolution happens according to personal attributes and traits. The ascending order of sexual energy and power is as follows:

Focuses on the release of body waste and creation of new life. It is to do with basic instincts. If sexual energy is confined here, then we exist in animality. Human beings are sexually active through the year whereas among animals, the urge is seasonal. Hence we are gifted with this precious force that could result in great creativity and growth.

The energy here enhances work performance. When CEOs, leaders and entrepreneurs give their best, they experience the ecstasy of a job well done.

When you get high here, it is to do with attaining or realising previously unknown knowledge. Scientists, inventors and seer-masters would experience this.

To do with the heart, is where the explosive feeling of unconditional love towards all is felt, as experienced by Sufis and saints.

Where you feel anand bhav or bliss that arises from oratorical prowess, mastery of speech and knowledge sharing, as done by great leaders, teachers, gurus and swamis.

The third eye. Here, ecstasy is because of fully developed intuition and clear vision as felt by visionaries and mystics.

The point of quantum leap. It’s the pinnacle of knowing the real self. One is happiest with oneself, never getting bored or tense, blissful under any circumstance. The predominant bhav is of total gratitude for being the most beautiful creation of Nature. Such a person has balanced male and female energies like Zen masters and paramhansas.

Also known as crown chakra is the highest orgasm. Here one experiences the feel and ecstasy of merging (yog) with the whole of creation from sahasrar. This bliss of feeling Absolute Oneness is chaste and pure. The chosen one who reaches the sahasrar state can live on all chakras effortlessly without indulgence and attachment. Such an individual attains the highest point of evolution, an avatar.

All these terms require an accurate interpretation that can only be the outcome of experience and is not based on acquired knowledge alone.

Acting in true spirit is a conscious pathway which constantly unfolds the mystic dimensions of human life. The universe begets itself and other universes only for its own joy (sexuality) and sheer beauty (spirituality) — we could learn to act like the universe in the spirit of oneness and universality.

Wisdom for all
Everything Is The Same, Yet So Different
Comment